In the heart of London and with a perfect view to match, Ten Trinity Square is a luxury property to get your hands on. 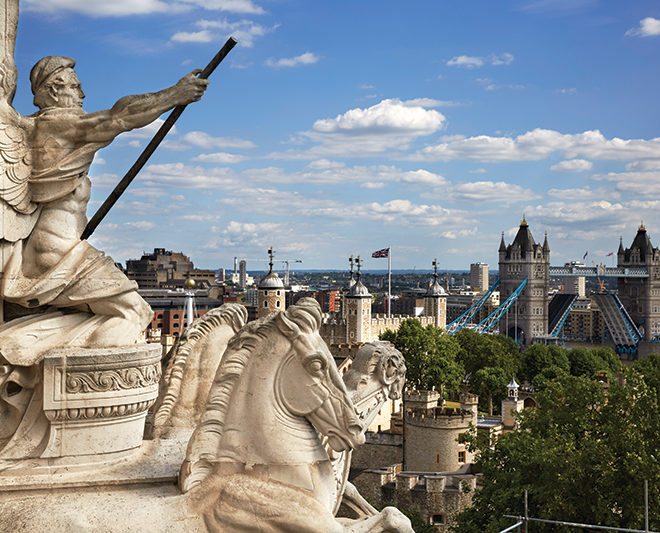 Ten Trinity Square is the Grade II* listed landmark property in London that lies a stone’s throw from the UNESCO World Heritage Site of Tower Bridge, and just behind the capital’s River Thames Thanks in part to its historic origins as London’s former Port of London Authority building, the striking Beaux Arts façade and neo­classical architecture of Ten Trinity Square, as well as its former role as the point of commercial and cultural exchange in the capital, make it a rare jewel in the world of real estate. Today, Reignwood Group is breathing life back into this once­ great building, sensitively restoring it and introducing 41 private residences and a Four Seasons Hotel under its roof, along with an exclusive private members’ club and spa. Once complete, Ten Trinity Square will provide London with a one­-of-­a-kind residential and hotel offering that cannot be found anywhere else in the city.

This property is managed by Alta Collection.