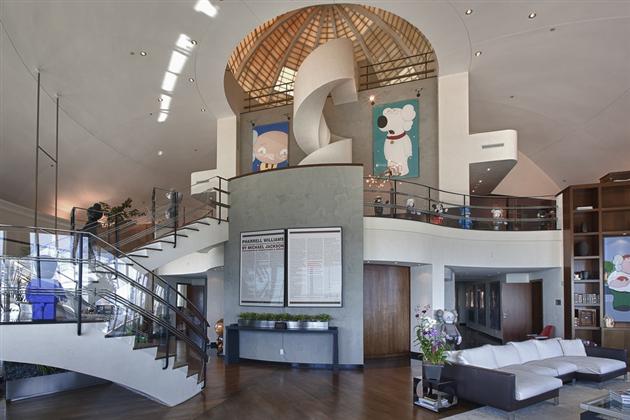 Rapper and producer Pharrell Williams has put his Miami penthouse on the market for a staggering $16.8 million. Located on the 40th floor of the Bristol Tower, it’s located in Miami’s busines district, Brickell. “Living your life 40 floors up, looking out every day on ocean and skies, you see the world from a different point of view,” Williams told W Magazine. “It’s like living in a very interesting fishbowl, but since no one can see up here, it’s like a fishbowl with a limo tint.” Williams purchased the penthouse in 2007 for $12.5 million. Despite the downturn, his asking price represents a 34% appreciation increase.