Luxury accommodation pods are the next prefab home construction trend

An industry projected to reach $157 billion by 2023, prefabricated modular homes are being spurred by adventure tourism demand and glamping 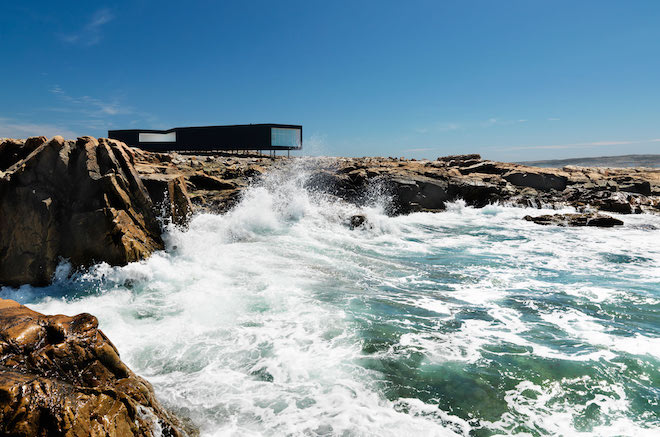 Luxury pods and luxury modular accommodations are not a new concept but they are certainly a growing one. Gone are the days where these modular lodgings were associated with dilapidated mobile homes or trailer parks, instead – thanks to a combination of the great recession of 2007 to 2009 caused by the decimation of the US housing sector and the rise of adventure tourism and glamping, luxury modular homes or “pods” have become the next growth market.

Popular with hoteliers and a boon for entrepreneurial types with ambitions of picturesque resorts nestled atop hard to reach mountaintops or under starry desert night skies. Prefabricated or ‘flat-pack” homes are the mainstay in modular construction and today used in a variety of high-end commercial real estate projects but these luxury pods are only a subset of the modular construction market projected by  McKinsey & Company to reach $157 billion by 2023. 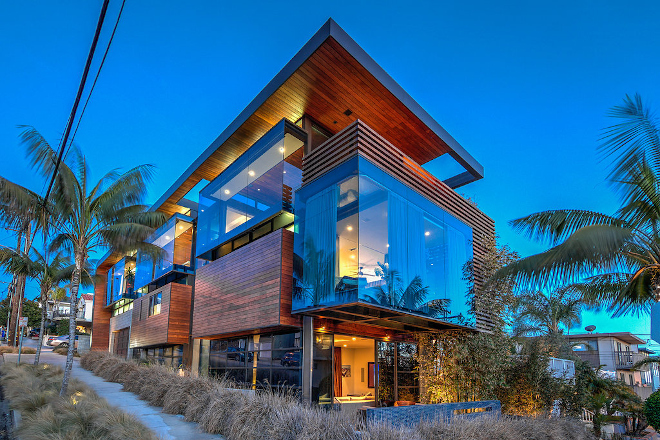 Can’t believe this is a modular, prefabricated home

Luxury accommodation pods are the next prefab home construction trend

While modular construction is still very much an outlier with quite a few downsides, most notably the complications of shipping or trucking the modules across long distances and then later moving them into place; the improving aesthetics and luxurious finishing of these prefabricated pod homes have become a growth industry for some of the most creative designer minds. 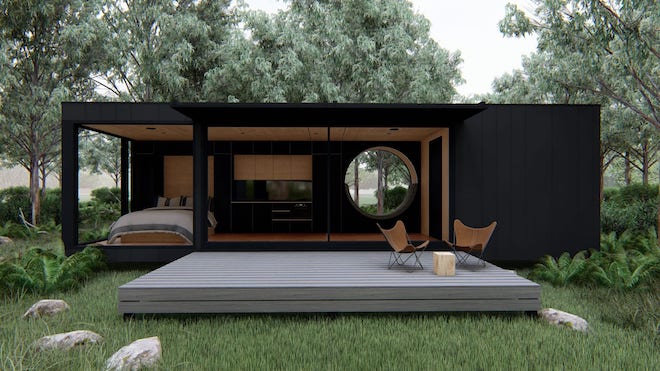 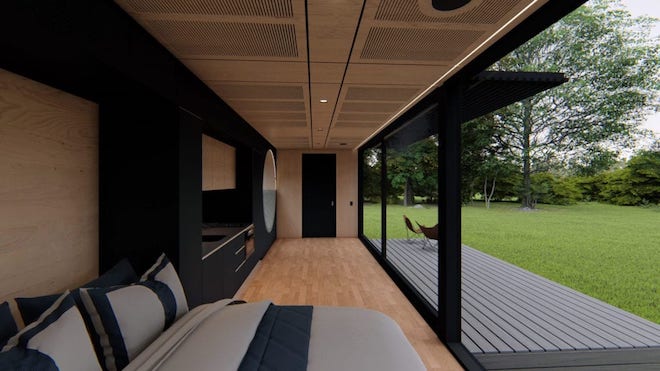 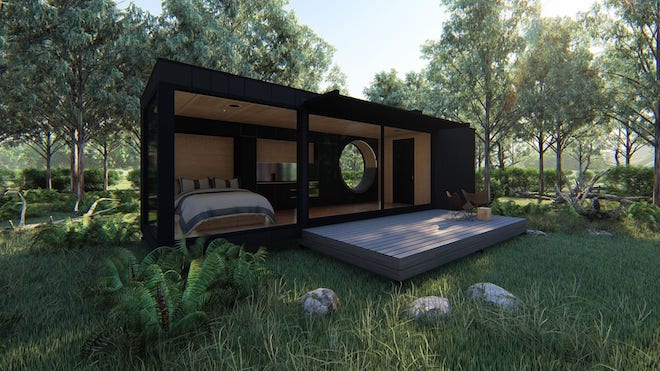 Made in Australia, XPOD is one of the latest prefabricated modular home providers. Xpods are innovative, luxurious modular homes designed to provide high-end accommodation for various locations and uses. Delivering minimalist yet designer accommodations in a spacious prefabricated structure rivalling even some of the most luxurious stays in traditional hotel or airbnb settings. The added benefit of these portable luxury pods allow the enterprising visionary to set up resorts in areas of natural beauty like wineries or give access to nearby vistas without the need for a permanent structure. Furthermore, the use of technology and sustainable materials to complement the natural locations that the pods will occupy rather than intrude upon the natural geography of the area. Additionally, the modern prefab home built on a custom built steel frame and offers a minimum BAL 29 rating, providing protection and resistance against today’s changing climate. 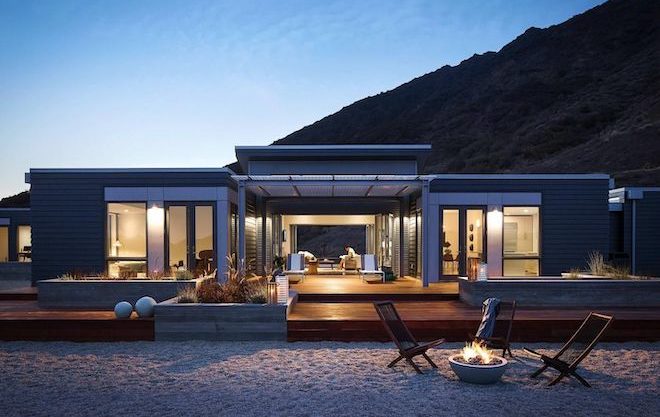 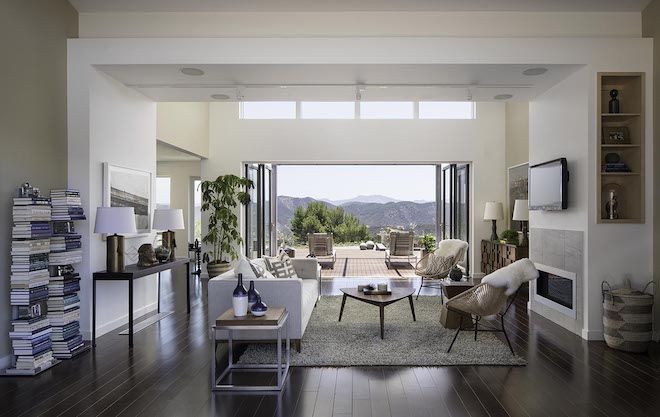 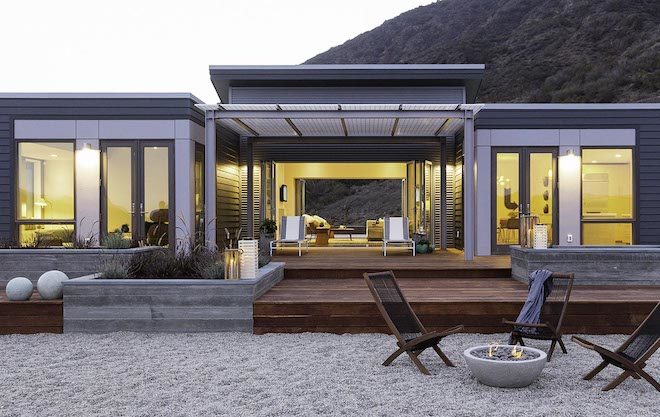 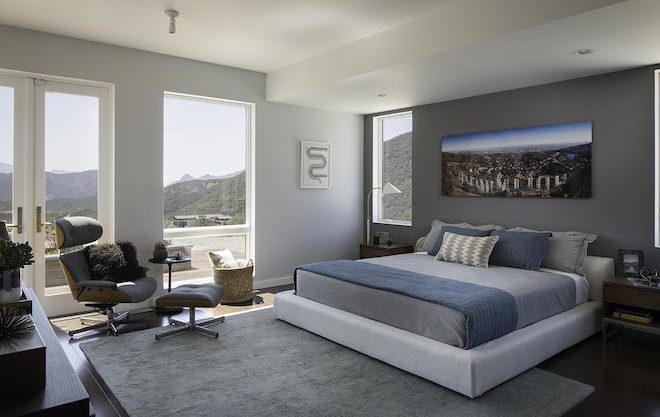 Founded in 2007, Blu Homes is an early pioneer of prefabricated homes. Its launch right at the start of the US housing crisis which sent the skilled construction labour force into decline as developers went into bankruptcy catapulted the firm into prominence. The provider of premium prefab homes in North America, designed and manufactured in California, offers end-to-end solution – using a “Stitch & Seam” methodology to complete the home after it is set on the foundation a process of interior finishing right to connecting the utilities to the grid or even hooking up the technology for an off-the-grid experience – their most iconic prefab modular home is the Breezehouse 2100. Designed around the prefab pioneer’s signature glass-filled Breezespace to seamlessly connect airy, open interiors with the natural beauty of the outdoors. 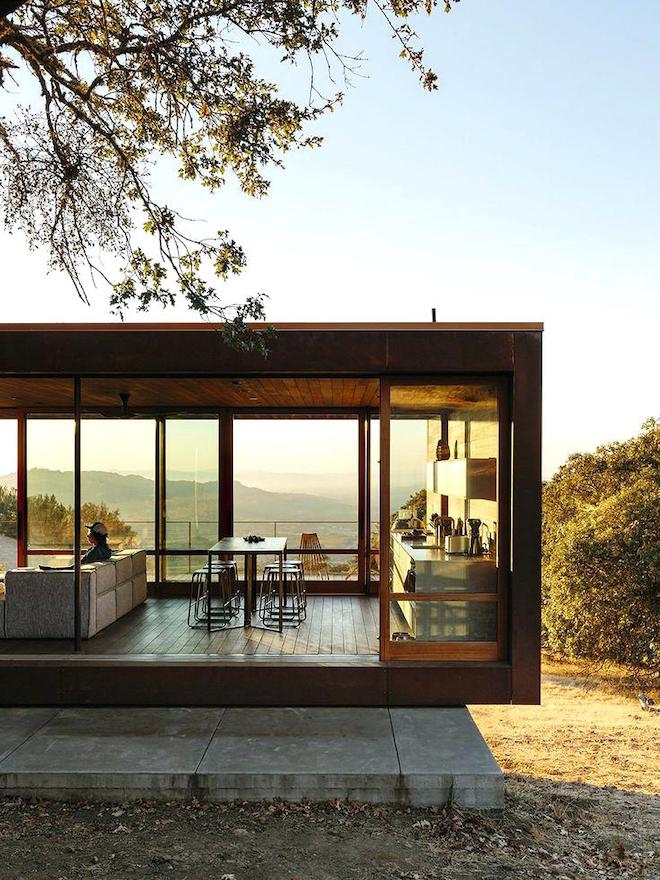 Furthermore, Blu homes are simply the greenest homes in the world. Built to exceed the strictest green home regulations and energy efficiency ratings of any country, providing up to 50% lower monthly operating costs, lower maintenance, and lower cost of ownership, contributing to an average of $7000+ in energy costs over 10 years.

And then there’s Robbie Antonio. the founder and CEO of Revolution Precrafted, the first and only property unicorn startup in Southeast Asia. Launching at Design Miami in December 2015, Antonio commissioned leading designers and architects, including Kengo Kuma, David Adjaye, Tadao Ando and Daniel Libeskind for his launch pavilion, setting the tone and vision for the future of designer prefabricated modular homes. In 2016, a year after it’s founding, Revolution Precrafted raised the company’s valuation to over $1bn during a Series B funding round. 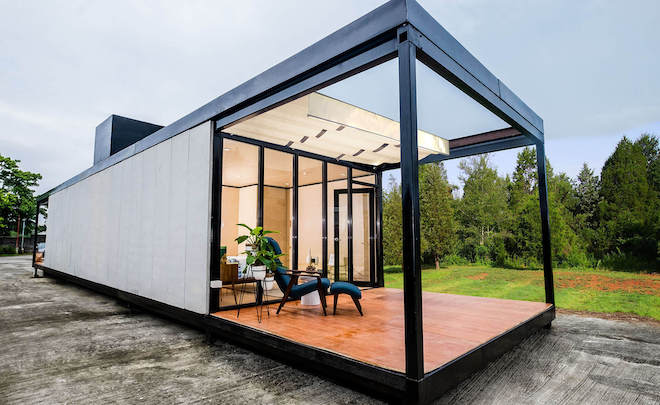 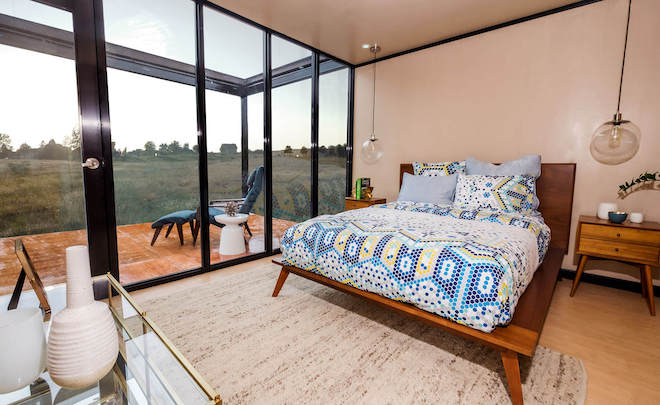 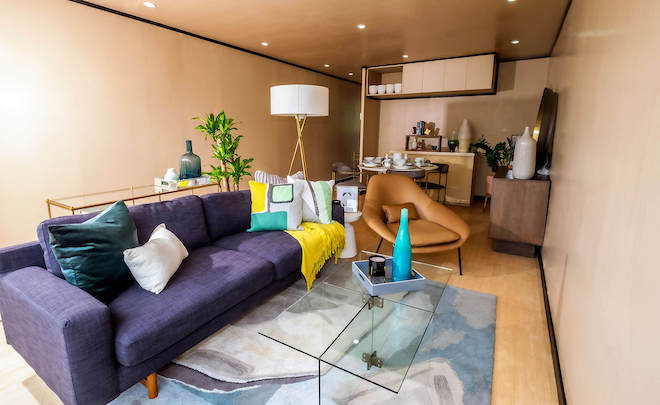 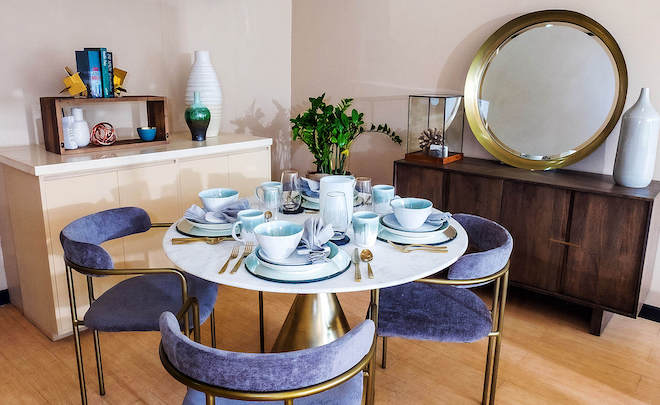 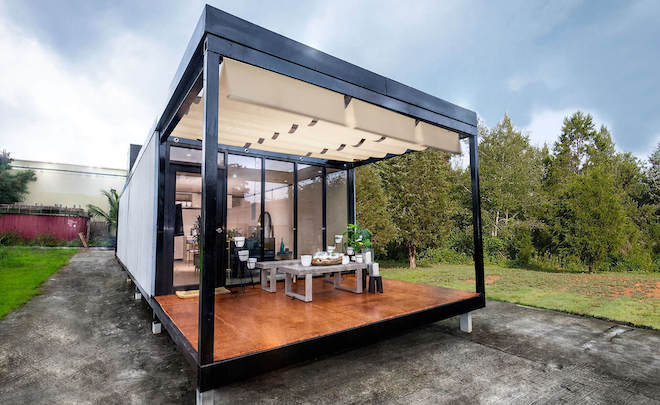 The first startup billion dollar company in the Philippines, Antonio’s Revolution Precrafted is a global supplier of traditional and prefabricated homes and structures with footprints in 31 countries within Asia, Middle East, Europe, North and South America, and the Caribbean. Working with architect designers like Chad Oppenheim has really set Revolution’s prefabricated homes apart.

Stylishly Prefabricated: Not Just for Resorts and Homes, Offices too

Even studios like TOOP architectuur are getting in on the modular trend by transforming shipping containers into the COTOOP diptych, a pair of designer modular architectural offices in Belgium. The cool Belgian Westouter modular offices enjoy TOOP’s flair for visual identity, joining the usually low-budget construction material of red plywood turning it into a common visual element, highlighting the possibility of doing luxurious things with affordable materials. The dimensions of the wood panels are modular as well, forming everything from desks to bookshelves and placed with negative joints so that the untreated steel ribbons can form vertical elements of the bookshelves without the need for screws, making it one of the most sustainable examples of this prefab construction trend. 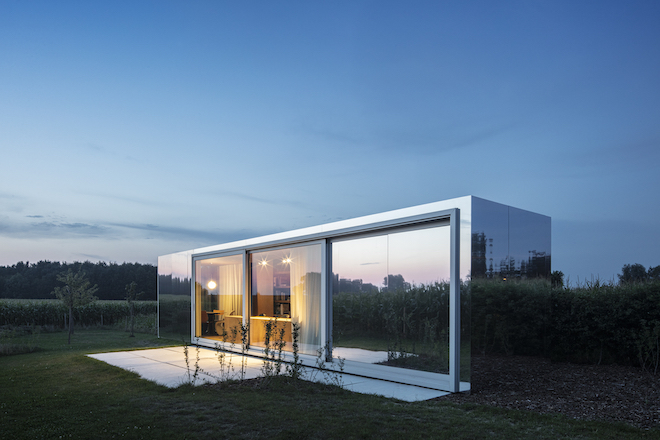 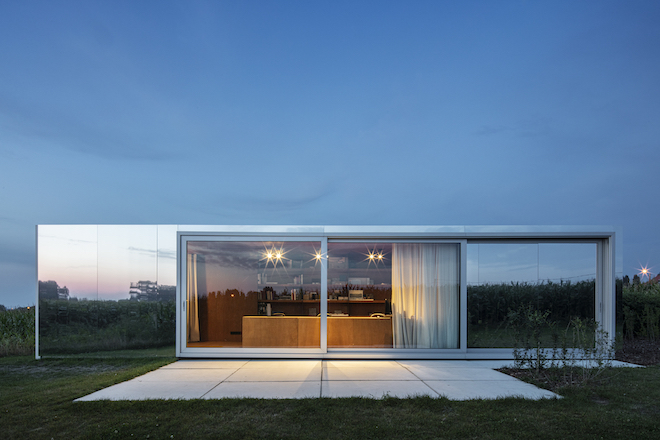 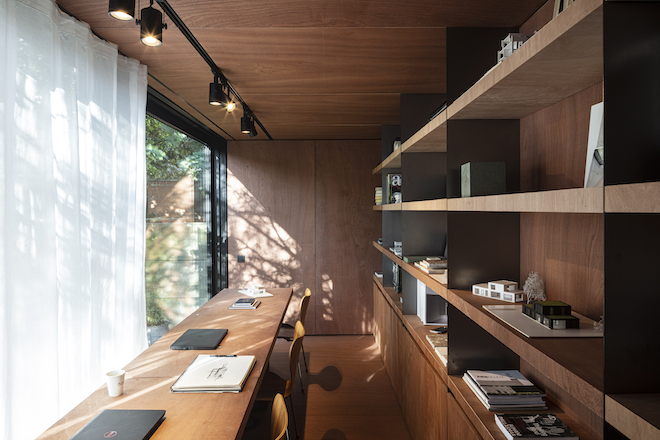