The semi-buried Photocatalytic Cave makes an ideal and private living space, for both personal retreat and social gatherings. 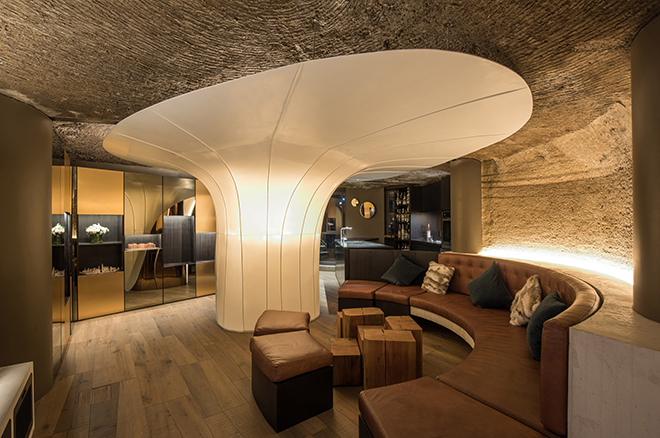 Proving once more that caves indeed make an ideal living space, the semi-buried Photocatalytic Cave was designed as a private space for both retreat and social gatherings, in an existing 1960s hilltop residence by Mexican studio, Amezcua, just west of the city. 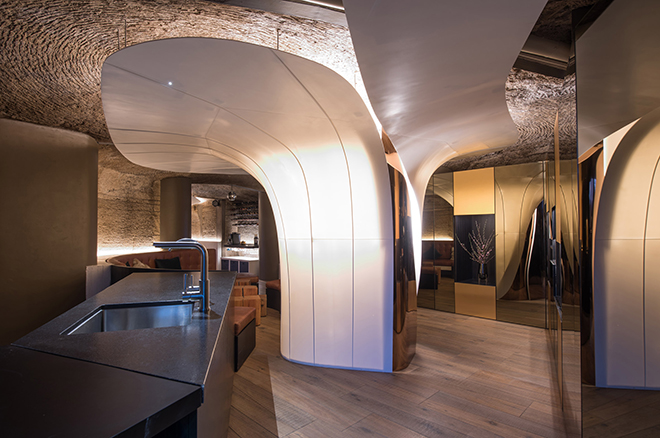 While historically characterized by its minimal ventilation, dim lighting, and high humidity due to the mass of earth and rock which insulate the space – the Photocatalytic Cave spans over 70 square meters with five distinct chambers comprising of a kitchen and bar, living room, dining area with a balcony, media area, wine storage and smoking area, plus a bathroom. Shaping its epicenter, the cave was carved in limestone and fitted with Krion TM panels rich in photocatalytic properties which diffuse light and purify air, metal lintels and supporting columns through a sustainable K-Life technology process similar to those used in traditional coal mines. Utilizing anti-corrosive materials and air purifying features in the form of air injectors, dehumidifiers and heaters – the Amezcua team made issues of underground atmosphere and circulation a priority, cancelling probability of bacteria and fungi breeding, entirely. 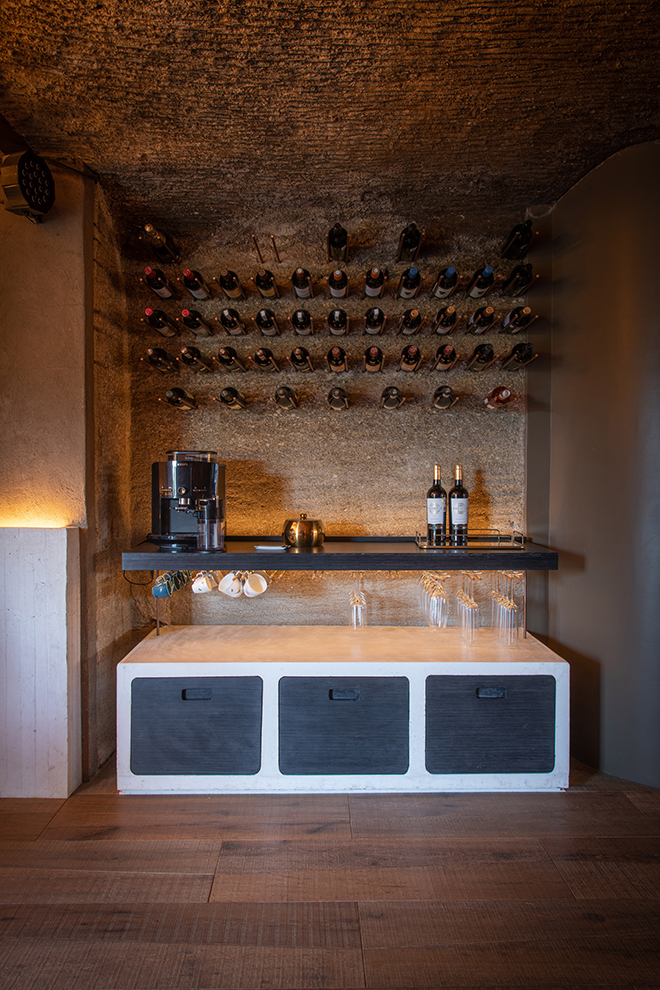 Finished with wooden flooring, glossy surfaces and a combination of both light and dark cabinetry, the Photocatalytic Cave presents a sleek contrasting aesthetic – featuring contemporary furnishing such as curved leather sofas, wooden blocks and movable benches which fit the space like a puzzle piece despite the irregular dimensions.