Yacht Sourcing is the new Indonesia dealer for catamaran builder Fountaine Pajot, which has a strong display at the ninth Singapore Yacht Show

French catamaran builder Fountaine Pajot has appointed Yacht Sourcing as its exclusive dealer for all of Indonesia. 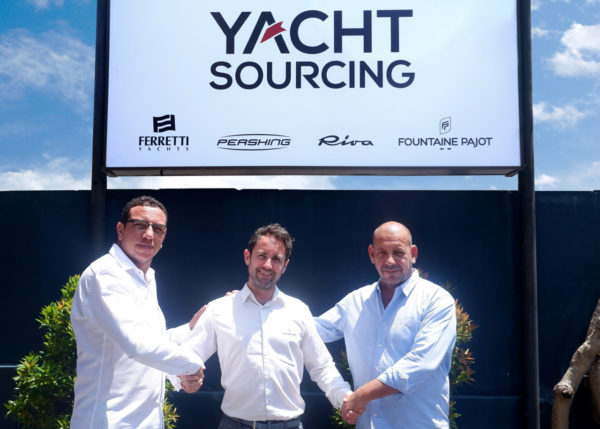 With offices in Jakarta, Bali and Labuan Bajo, Yacht Sourcing is one of Asia’s fastest-growing yacht services companies, and also builds and refits yachts at its own shipyard in Bira, Sulawesi.

Xavier Fabre, Yacht Sourcing’s Director of Sales, said the appointment by Fountaine Pajot was an exciting new development for his company, which already represents Ferretti Yachts, Pershing and Riva from Italy’s Ferretti Group. The new partnership was launched at Yacht Sourcing’s Bali office with an event sponsored by Two Islands Wines.

“Fountaine Pajot is one of the world’s best-selling builders of sailing and motor catamarans, and both will become increasingly popular in Indonesia,” said Fabre, who co-founded Yacht Sourcing with Boum Senous in 2016 and has worked in the yachting industry for 25 years.

“Fountaine Pajot catamarans focus on large social areas, stability and performance, excellent fuel economy and environmentally friendly designs, so they are ideal for families and large groups of friends to explore a country like Indonesia, which has 17,000 islands and the most spectacular scenery above and below water. Fountaine Pajot is increasingly focused on Asia and we’re really excited to be working with the shipyard in this new chapter for both companies.” 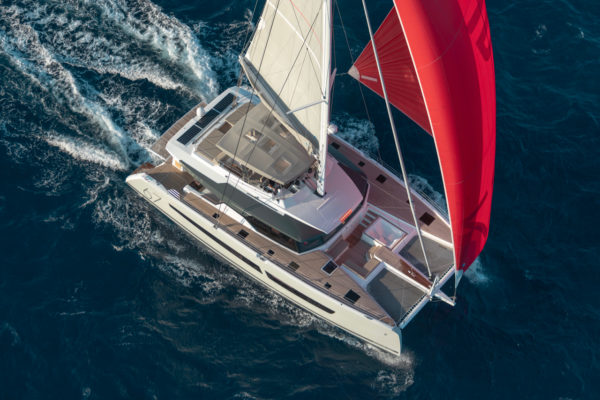 Fountaine Pajot’s growing focus on Asia will be evident this week as it stages its biggest-ever display at the Singapore Yacht Show, the region’s leading boat show.

Yacht Sourcing staff will join Fountaine Pajot as the builder stages the Asia premiere of its MY 40 powercat, which had its world debut at Boot Dusseldorf in late January, along with the Alegria 67 and Lucia 40 sailing models.

Kevin Corfa, Fountaine Pajot’s Business Manager for Asia, said: “Fountaine Pajot is expanding its profile in Asia, so we’re looking for the best partners in key regions. Yacht Sourcing is an ideal match for Indonesia, where catamarans are perfectly suited for this incredible, immense archipelago.

“Yacht Sourcing’s experience across different divisions of luxury yachting from sales to charter to marinas is a huge bonus for us and our clients, so we’re really looking forward to working with their exciting team.”

One of Asia’s most wide-ranging yacht services companies, Yacht Sourcing specialises in yacht sales, new builds and refits in its Sulawesi shipyard, and charter through Voyage by Yacht Sourcing, which won Best Asia-Based Charter Company (Phinisi) at the 2019 Christofle Yacht Style Awards.

In partnership with Cedric Le Rest, the company has also created Marina Sourcing, a marina consultancy that is developing the Escape Marina Resort in the island of Flores and working on the early stages of multiple other projects.