Sanlorenzo, represented in Asia by Simpson Marine, plans to stage the world premiere of its new 62Steel at this year’s Monaco Yacht Show, which is scheduled for September 23-26. 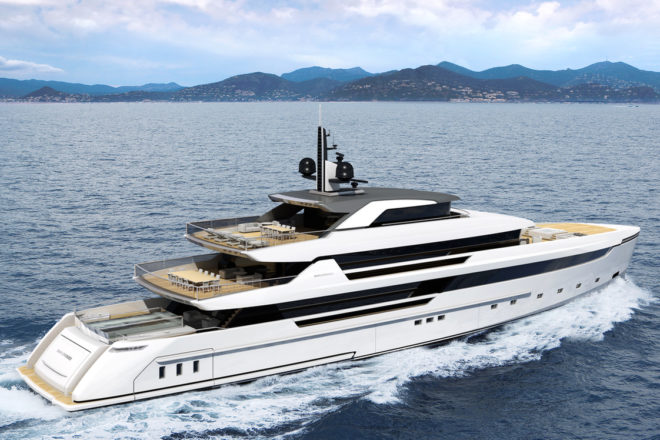 The Italian builder has announced two sales of the 61.5m megayacht, with three units under construction expected to launch in May, next April and 2022 respectively. 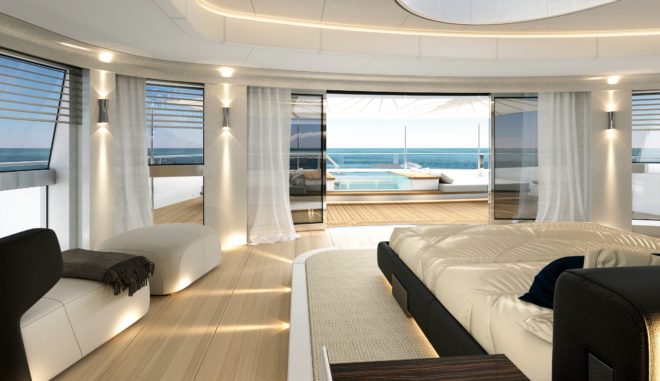 The 62Steel features a 210sqm owner’s apartment on the upper deck, including 97sqm of indoor space featuring a ‘night-time zone’, studio, two spacious bathrooms and a walk-in dressing room. There’s also 123sqm of outdoor space in the bow.

The main living area on the main deck includes the 90sqm indoor dining room that can seat up to 16 people. The outdoor living space includes the main swimming pool, designed with a sliding roof that transforms it into a sundeck of almost 8sqm. 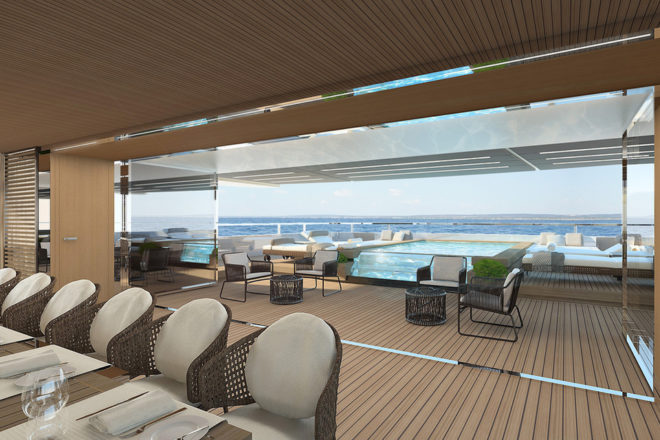 On the main deck, the dining area looks aft to the main guest pool

The aft lower deck opens to form an impressive 92sqm beach club that extends into the deck and contains lounge areas, a bar zone, fitness space and hammam, joined by another 40sqm of folding terraces at the stern and two sides.

The yacht has accommodation for 12 guests and 14 crew, and is projected to have a top speed of 16.5 knots with twin CAT 3512 C engines.