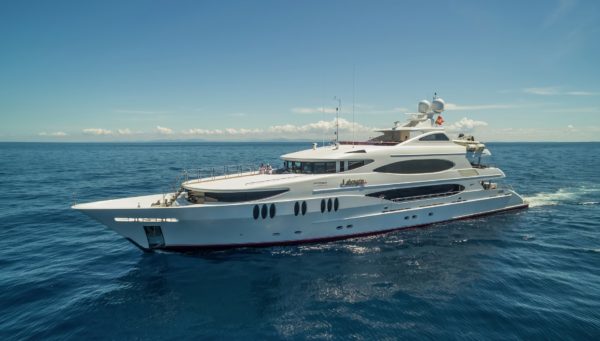 The 49.1m Lohengrin was sold by Burgess Asia

Burgess’s growing Asia team has announced the sale of the 49.1m Lohengrin, a 49.1m (161ft) three-deck superyacht launched in 2007 by US shipyard Trinity Yachts to its own exterior design.

Her interior, handcrafted in walnut and marble, showcases the skill of US designer Scott Carpenter.

“The sale was concluded by the Burgess team in Asia at 12:28, an auspicious time for our Chinese client,” said lead broker Mark Woodmansey. “We are especially pleased at this latest validation of our global knowledge and local expertise in the Asian market, which means we can find international buyers for Asian sellers better than anyone else.

“Our team in Asia can tap into Burgess’s unrivalled worldwide network of brokers and clients and conduct business locally in Mandarin, Cantonese, Japanese or English, depending on the client’s wishes. It’s one of the reasons we have won Best Asia-Based Brokerage Company (International) at the Christofle Yacht Style Awards for two years running.” 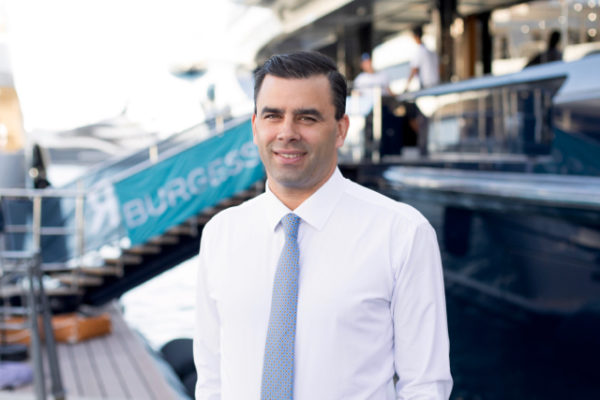 Jean-Marc Poullet, Burgess’s Chairman Asia, says the company’s repeated recognition at the Christofle Yacht Style Awards reflects its gradual build-up of a strong team dedicated to looking after the interests of Asian and Asia-based customers.

“We were pleased with our 2018 progress, which underlined the effectiveness of our global/local team approach, providing our clients with the best expertise available globally but delivered locally in the language of the client’s preference,” said Poullet, who collected the Christofle Mood trophy in Phuket with Hwee Tiah, Business Development Manager for Asia.

“Our clients see our commitment to provide them with professional, objective advice that is in their best interest, and trust us to help them make the most of their yachting life. It is all about dedication to our clients and global teamwork.” 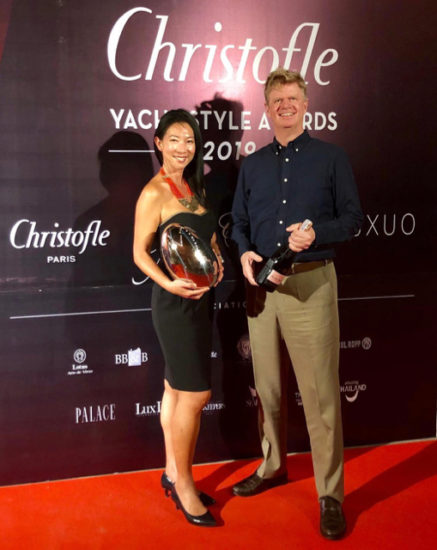 Hwee Tiah and Jean-Marc Poullet of Burgess with the Best Asia-Based Brokerage Company (Int’l) prize at the Christofle Yacht Style Awards: Chapter One in Phuket

The award recognised an excellent year in Asia for Burgess, which featured several landmark transactions and mandates.

On the brokerage side, Burgess acted for the buyer in four yacht transactions, of which three were over 50m, including the 68m Lady E, one of the top 10 global brokerage transactions last year. The company’s Asian Central Sales Agency fleet now comprises 11 yachts, ranging from 33m to the 92m Equanimity.

In charter, Burgess enjoyed its most successful year to date, with charters booked for Asian clients on various yachts globally including the 74m CRN Cloud 9, which is also offered for sale through Burgess. 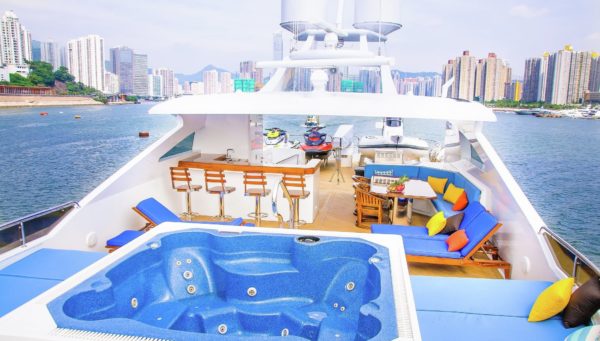 Within its yacht management division, Burgess is now contracted to provide operational and crew management services to eight Asia-owned yachts ranging from 44m to the 88m China-built Illusion Plus.

Its Technical Services division, which has advised several Asian clients on new-build projects over the years, was contracted to oversee the build and launch of a 55m Amels for a client in Asia.