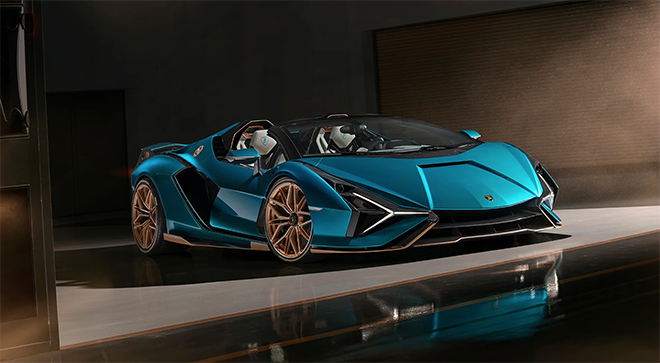 Following the success of its first-ever hybrid supercar in 2019, the Lamborghini Sián, goes topless for the first time since its debut. The all-new limited edition model delivers the marque’s famed performance with unique hybrid technologies in a roofless design. 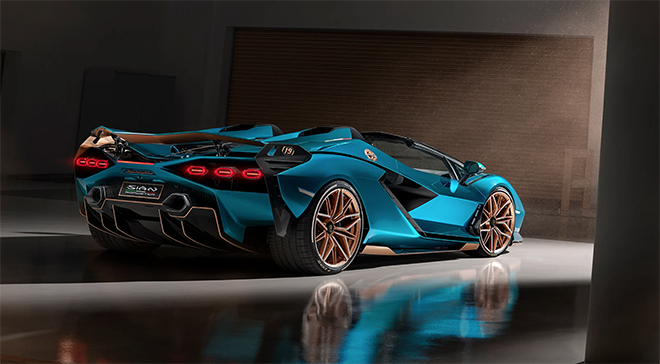 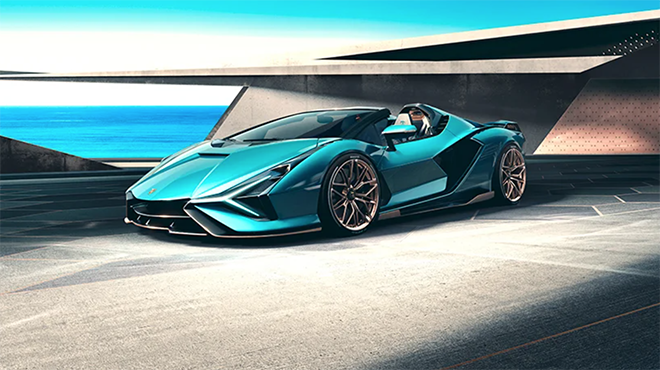 Heavily influenced by the first countach from 1974, the Sián roadster is conceptualized to be a futuristic interpretation of the coupe, with six retro-inspired hexagonal taillights, airstreamers, an integrated fiber splitter, and Y-shaped headlights. Power-packed with a V12 engine and 48-volt e-motor, this 819 horsepower supercar both supports low-speed maneuvers such as reversing and parking, as well as, high speed travel of up to 217 mph. Storing 10 times the power of a lithium-ion battery, the Sián roadster’s 34kg battery is expected to be at least three times lighter than its conventional alternatives. 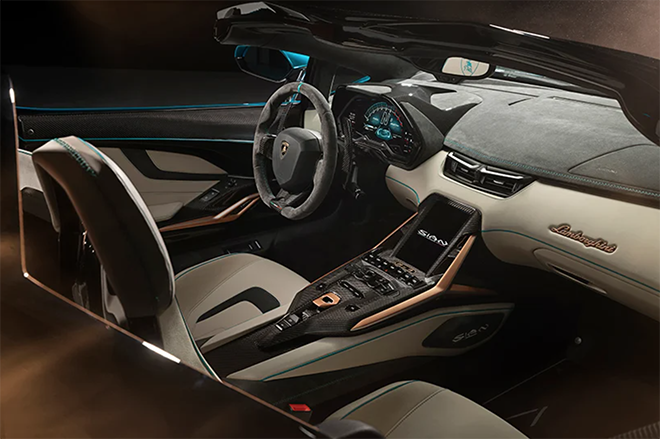 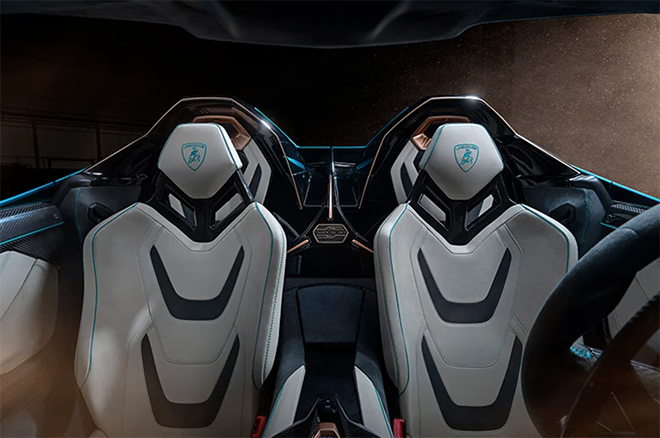 Featuring long sculpted contours alongside aero wings which create a powerful profile and reflect back to the countach – the car’s design showcases hints of an optimized aerodynamic body, where airflow is directed through the splitter, front bonnet, side outlets, and rear spoiler. 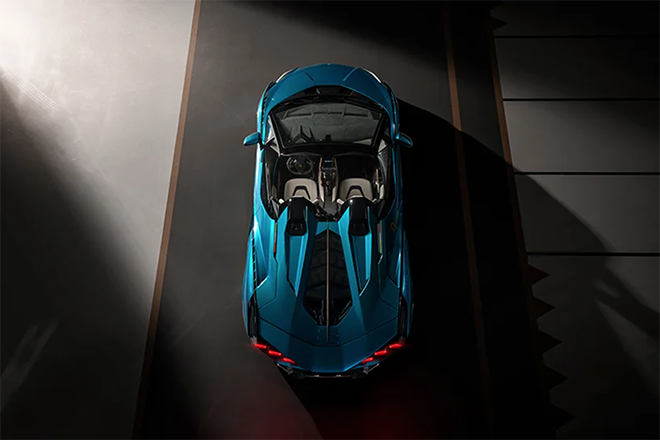 Available to be coated in any personalized color of choice, the roadster’s open-top cabin design incorporates a mix of new technologies and highly emotional styling, which includes 3D printed air vents, a regenerative braking system, white with blu glauco detailing and aluminum elements which adorn elements such as the control panel.