Peter Lim made news in 2014 for a $3m Bugatti Veyron he couldn’t drive. Here are 4 of the most expensive cars you CAN drive in Singapore.

In 2014, a high net worth Singaporean with the initials PL debuted his US$3 million bespoke Bugatti Veyron Grand Sport Vitesse ‘1 of 1’ special edition at the Pebble Beach Concours d’Elegance show in California. Though he wished to remain unanonymous, it became readily apparent to all and wealthy who the Bugatti Veyron belonged to since the statistics of high net worth men in Singapore with PL initials (easily identified since the letters were laser cut into the grille of his new Grand Sport Vitesse) could only be the famed Peter Lim, Singaporean business magnate and investor.

The 4 Most Desired (and Expensive) Cars to Drive in Singapore

With COE prices what they are in Singapore, the $3 million price tag shouldn’t faze anyone but what is especially mindblowing, even by standards of conspicuous consumption is that his special edition Bugatti Veyron is left-hand drive and thus illegal to be on Singaporean roads. That said, here are 4 of the most desirable and expensive cars you could drive in Singapore. First up: Hand-built, all-terrain and to borrow Gandalf’s description for Shadowfax, “the Lord of Horses”, Bentley’s Bentayga SUV is the “Lord of luxury SUVs” in a Singaporean landscape of Land Rovers and Porsche Cayennes. The distinctive muscular powerline of the Bentley Bentayga’s advanced aluminium exterior is defined by the sharply-defined crease that draws your eye from the front wheel along the front of the car and the B-shaped wing vents. Bentayga’s distinctive design cues don’t stop at the exterior. The interior is beautifully handcrafted, too. Bentley employs exquisite wood veneers to create a seamless ‘ring of wood’ around the driver and passengers while light floods into the cabin via panoramic sunroof. Solid metal detailing with precision-knurled finish and the hand-stitched leather interior features serve to augment the ultimate expression of opulence – an analogue clock by way of Breitling, which can even be further customised with a white or black mother-of-pearl face and even diamonds inset in eight index positions.

Performance wise – the 2017 Bentley Bentayga is the fastest, most exhilarating production SUV in the world, with a top speed of 187 mph (301 km/h) with its powertrain producing an impressive 900 Nm (664 lb ft) of torque.

The Aston Martin Vanquish S embodies the essence of Aston Martin while redefining the core aesthetic and technical elements which make the British automobile such an icon of sportive capability, craftsmanship and power – everything a suave MI6 operative needs. Building upon a legacy of Lamborghini’s historic S models like Miura, Islero, Countach, and Urraco, the Raging Bull returns with its most exciting version yet – the Lamborghini Aventador S Roadster. Highly desirable, make no mistake, with new V12 engine with a whopping 740 HP, it’s no Aventador S coupe with its roof removed, the Aventador S Roadster is an entirely different beast thanks to the new LDVA (Lamborghini Dinamica Veicolo Attiva) and all new aerodynamics designed specifically for open-air driving like the electrically-operated rear window that maximizes air flow during normal operation but lets you hear the throaty Lamborghini Aventador S Roadster’s new V12 engine when down. Performance-wise, the Roadster outputs 740 horsepower like the coupe, delivering its century sprint in 3 seconds with a top speed of 349 kmh. The new Aventador S Roadster delivers the utmost driving experience thanks to its innovative Lamborghini Active Vehicle Dynamics (LDVA) control unit, a system of active technologies that can manage each of the dynamic axles of the vehicle. LDVA system combines all the information coming from the car’s sensors and establishes in real time the best setting for each driving condition – what results is a steering system that involves all four wheels using Lamborghini Dynamic Steering (LDS) and Lamborghini Rear-wheel Steering (LRS) while the vertical vehicle dynamics is handled by the Lamborghini Magneto-rheological suspension (LMS) and the active rear aerodynamics. Above the hood, lies a combination of deep and bold lines, dressing the Lamborghini Aventador S Roadster for topless aerodynamics, inspired by nature and aeronautics, with exhaust terminals that transform the rear end into that of a space shuttle and a front end that recalls the strength and elegance of nature’s apex predator. Inside, the interior of the Aventador S Roadster includes the finest materials and superior bespoke possibilities like the new S-trim configuration and use of exclusive innovative material such as Carbon Skin® to be the covering for some of the interior details. It’s little wonder that this Aventador Roadster is among Singapore’s most desired cars to have.

A successor to the Veyron, the Bugatti Chiron is the most powerful road car ever produced, with newly developed W16 engine producing an insane 1,500 hp, 25 percent increase in performance compared to its predecessor,from its 8 litres of displacement.The engine reaches its maximum torque of 1,600 Nm thanks to the 4 double-powered in-house Bugatti turbocharger which guarantee maximum torque at 2,000 rpm where the torque is maintained at this level all the way up to 6,000 rpm. The result is unbelievable acceleration which only comes to an end in the twilight zone somewhere beyond the 400 km/h mark, helped along by the seven-speed dual clutch gearbox, multi-plate clutch four-wheel drive system, and carbon fiber monocoque. The jaw-dropping performance of the Bugatti Chiron is matched only by the opulence of its exterior and interior – stylistically, it carries the demanding design characteristics worthy of the world’s most exclusive production super sports car, inspired through Bugatti Type 57SC Atlantic, the new design language is characterised by extremely generous surfaces, which are demarcated by pronounced lines in the case of the Chiron. The interior is extremely luxurious, with hi-res digital displays, lush leather upholstery and a world-class audio system. Production is limited to 500 cars, and nearly a third of them have already been spoken for. Each and every Chiron is a one of a kind – as individual as its owners as the level of bespoke custom options that can be achieved is subject to very few limitations. 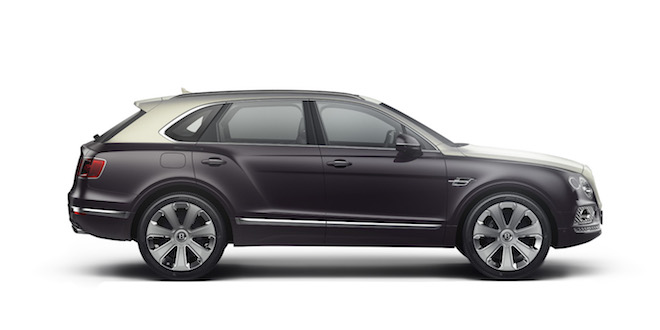 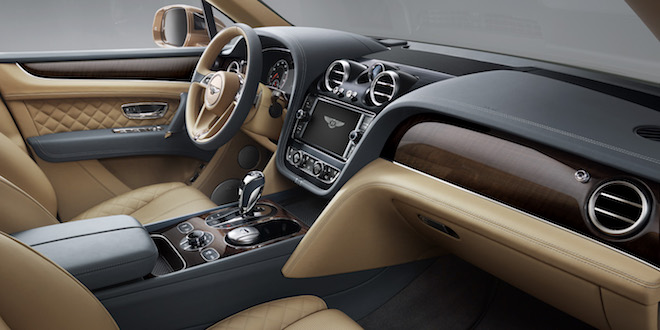 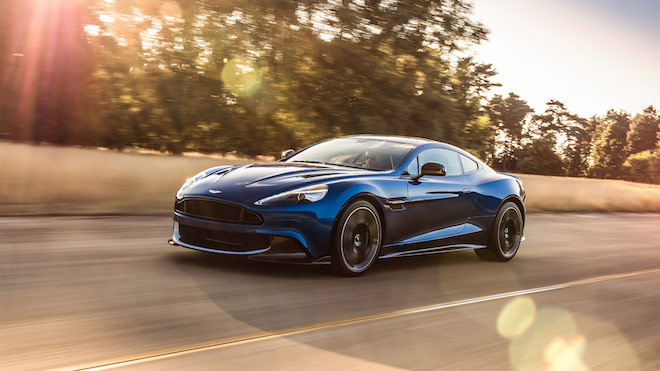 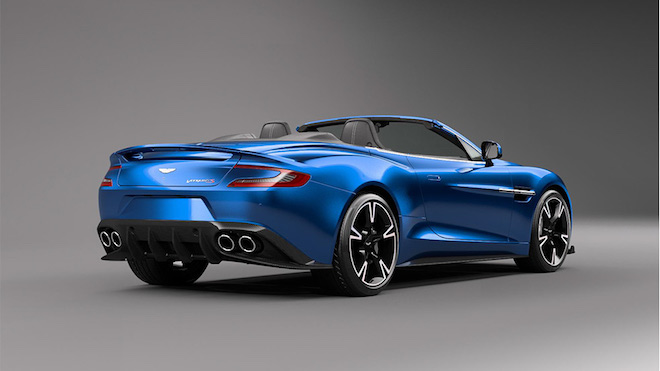 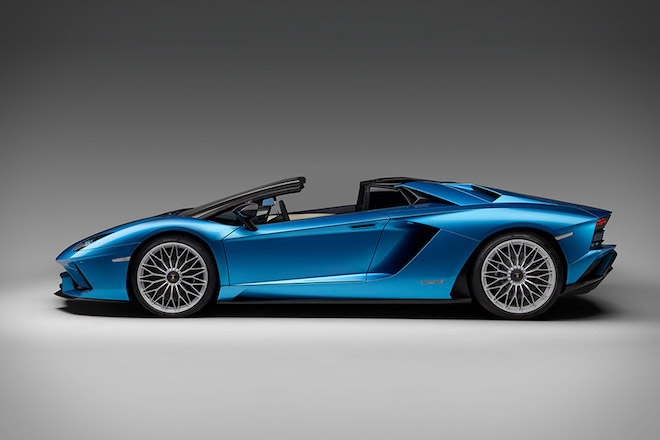 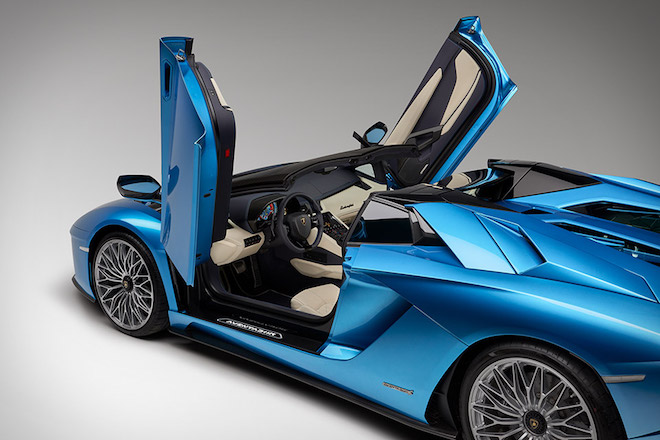 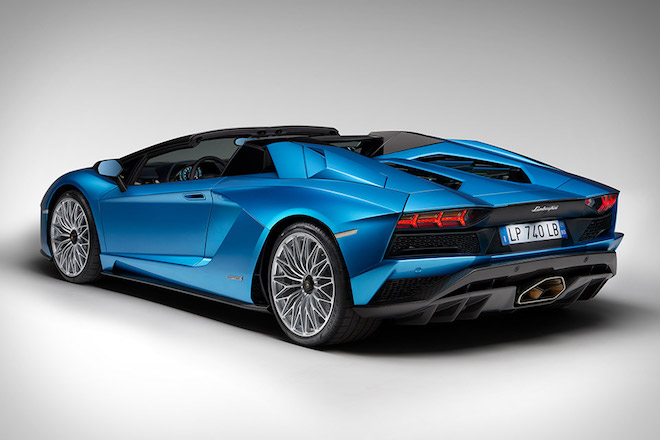 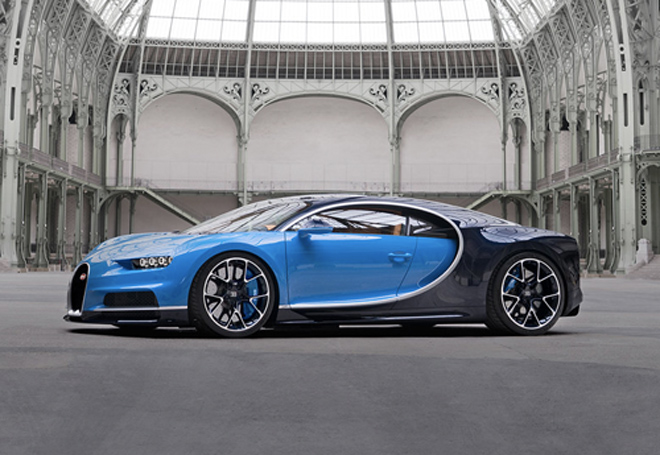 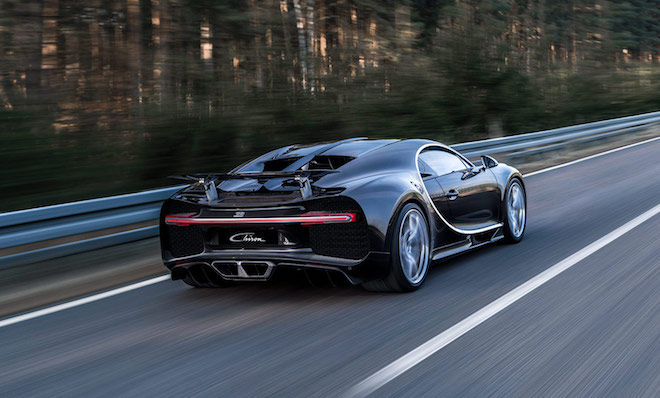