French carmaker Renault marked its return to fast-growing India on Monday with the launch of a luxury sedan designed especially for the Asian market. Renault India managing director Marc Nassif said the launch of the Fluence marked “the real first phase” of the carmaker’s entry into India. Its earlier foray in the nation was the […] 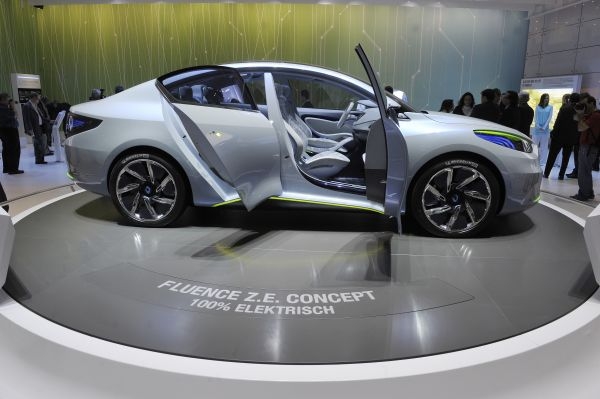 French carmaker Renault marked its return to fast-growing India on Monday with the launch of a luxury sedan designed especially for the Asian market.

Renault India managing director Marc Nassif said the launch of the Fluence marked “the real first phase” of the carmaker’s entry into India.

Its earlier foray in the nation was the four-door Logan built with former local partner Mahindra and Mahindra, which was aimed at the mid-size segment.

But the Logan, launched in 2007, found few buyers, and was panned by critics for its dated looks and high price, and Renault ended the joint venture last year.

The Fluence, to be sold for around 1.3 million rupees ($29,000), is the first Renault-branded car to be assembled in India at the automaker’s plant in Chennai.

“We are confident it will not only shake up the (luxury) segment, but also give the Indian customer their first taste of what Renault is capable of bringing to the Indian market,” Nassif told reporters in New Delhi.

After the Fluence, Renault has said it plans to introduce a sports utility vehicle this year, to be known as the Koleos, followed by three more cars next year.

The company says it aims to sell 100,000 vehicles a year by the end of 2013. India, along with Brazil and Russia, is among the top three markets for Renault’s international expansion plans.

India has emerged as a popular destination for foreign auto makers, as growth in western developed markets has dwindled in recent years.

But Renault said it might reconsider plans to team up with Bajaj Auto, the country’s top motorbike and rickshaw maker, on an ultra-low cost car to be sold in India if the vehicle’s quality does not meet the French company’s standards.

Under an initial agreement between Bajaj and Renault and its Japanese partner Nissan, the Indian company was to design and manufacture the car. The marketing and selling was to be done by the Renault-Nissan alliance.

“If the quality of development matches with the promises we see, we will go ahead,” Renault India managing director Nassif said.

Renault has not seen the product yet and will be able to decide on its course of action only after reviewing it, he added.

When asked if the company would exit from the project if it did not meet its standards, he replied: “We will do something different, we will have our opportunities.”

“We do not have a joint venture, we have not made any investments,” he added. He declined to say what Renault meant by doing “something different”.

The small car, expected to launch in 2012, is aimed at rivalling the world’s cheapest car — the Nano — produced by India’s leading vehicle maker Tata Motors.

There was no immediate comment from Bajaj Auto, which earlier this month said it would make a commercial vehicle employing the same platform it was using for its cheap car venture with Renault-Nissan.

“By the middle of next year, we will bring a four-wheeler from the ultra-low-cost (car) platform. For us, this will be a commercial vehicle and it will be a goods carrier,” Bajaj Auto chairman Rahul Bajaj told the Press Trust of India.