The NextEV NIO EP9 might be missing name recognition but when this car hits top speed, it will be going so fast that its badges will just be a blur. 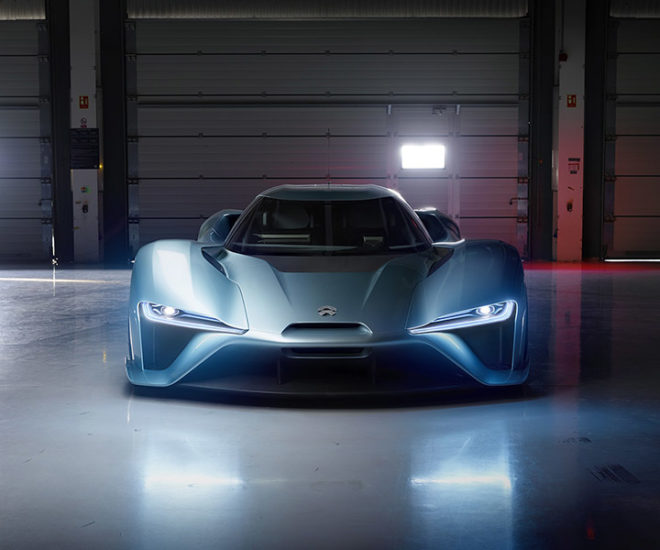 The NextEV NIO EP9 might be missing an emotionally evocative model name such as those that adorn the latest flagship Ferraris and Lamborghinis, but when this car hits top speed, it will be going so fast that its badges will just be a blur.

NextEV might be a company that no one other than fans of the nascent Formula E racing series has ever heard of, but the people behind it and the experts within its workforce are renowned throughout the automotive world.

And now that the NIO EP9 has arrived as a formal introduction, there’s a good chance that in the very near future its name will be as familiar as Bugatti or Porsche. “The NIO EP9 was born to push limits and is the first stage of automotive production for NIO,” said NextEV founder and chairman, William Li at the London launch. “It is a statement of our vision and technical and manufacturing capabilities.”

Thanks to four inbound electric motors and a battery pack that requires water-cooling, the EP9 offers all-wheel drive, a combined output of 1340bhp and a range of 427km (265 miles) before the batteries are spent. What’s more, they can be recharged in just 45 minutes or, when out at the track, swapped out for replacement units in a matter of minutes.

NextEV isn’t the only company developing plug-in electric supercars but unlike for instance, Faraday Future, nothing about the first NIO model is theoretical or conceptual. The EP9 has already lapped the Nürburgring Nordschliefe in seven minutes, 5.12 seconds, making it the fastest road-legal electric car in the world. In fact, when times for single-seat track cars such as the Radical are omitted, only the Porsche 918 Spyder, Lamborghini Aventador LP 750-4 Superveloce, and the 2015 Nissan GT-R Nismo have ever set a quicker time around the green hell. Therefore the car should be seen as a statement of intent. “It is a best-in-class product that showcases what is possible with electric vehicles,” said Li. “We believe that when the car ownership experience exceeds expectations, electric vehicles will become the natural choice for everyone, leading to a more sustainable tomorrow,” said Li.

The EP9 will be followed next year by a mass-production electric car that will initially go on sale in China but will eventually roll out globally.