Model Dree Hemingway is among the new faces of Mercedes, along with the F1 pilots Lewis Hamilton and Nico Rosberg. 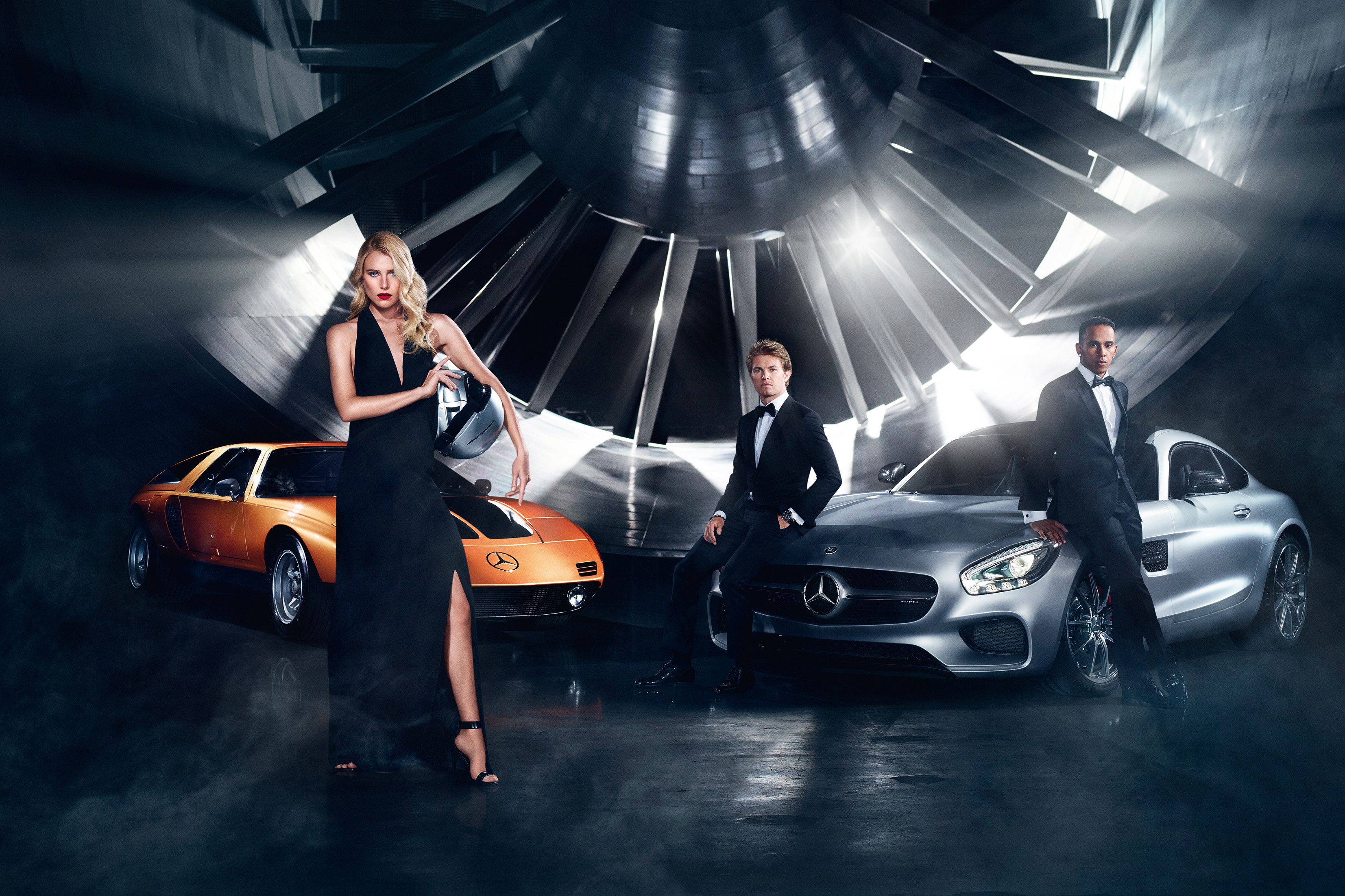 Model Dree Hemingway is among the new faces of MERCEDES, along with the F1 pilots Lewis Hamilton and Nico Rosberg.

Outfitted by Hugo Boss, Dree Hemingway, Lewis Hamilton and Nico Rosberg were shot by photographer Collier Schorr next to the Mercedes C111 and the new Mercedes-AMG GT.

STORY: INSIDE THE CAR OF THE FUTURE WITH MERCEDES

While the former car is a well-known prototype developed in the 1970s, the Mercedes-AMG GT is a two-person sports coupe with a new 4.0-liter V8 twin-turbo engine.

Premiered at this year’s Paris Motor Show, the GT boasts 462hp in the standard edition, while the GT S version offers up to 510hp, enabling a top speed of 310km/h and 0 to 100km/h acceleration in 3.8 seconds.

Sophisticated design details are found throughout the interior, including a center console calling to mind a V8 engine with its two rows of buttons, which enable control of all the car’s functions. The dashboard includes a built-in touch screen.

At the same time, the sports seats, Performance steering wheel and instrument cluster all confirm that this is also a car for thrill-seekers.

With the campaign, Mercedes celebrates not only its fashion sponsorship but also its F1 pilots, who led the German manufacturer to its first World Championship victory in 2014. Lewis Hamilton claimed the title, coming in just ahead of his team member Nico Rosberg.

The two drivers share the spotlight in the campaign with Dree Hemingway, writer Ernest Hemingway’s great-granddaughter.

Watch a video on the making of the campaign: