Revealing their new version of the A5 months before the Paris Motor Show, Audi reveals quite a number of changes. 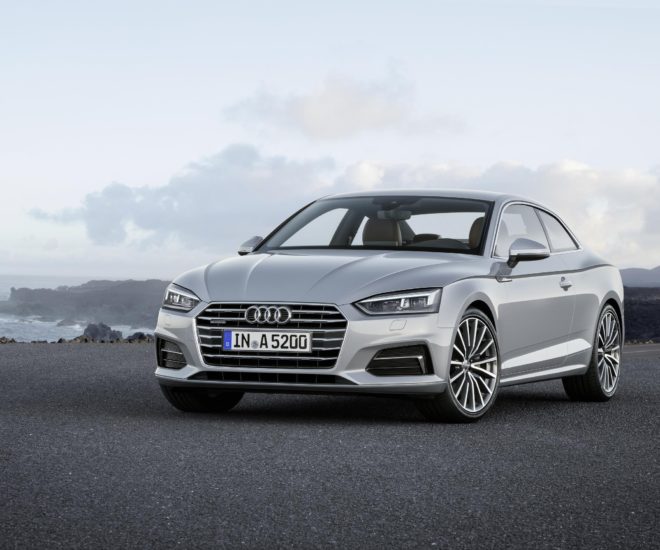 Despite the Paris Motor Show being far off in September, Audi chose to reveal its A5 coupé early at a special event over at their Germany headquarters in quite a surprising move. Still, getting a glimpse of the model outlines the clear differences between this version and its predecessors – especially the sharpness of the exterior, as well as its truly revolutionary inside set-up.

Since the A5 came out 300,000 people or so have put their money on the model, which makes Audi rightfully cautious in keeping the original car’s proportions and visual appeal. The front grille is larger, flatter, and more dominant, and the headlights more aggressive but the sweeping curves that run from nose to tail still take the same path. Audi notes that line tightening has cut the car’s drag coefficient, and it’s taught appearance hides the fact that the new car’s wheelbase is longer – very good news for rear-seat passengers. In terms of inner workings though, there are a lot of changes. Thanks to being relieved of a good 60kg, it’s lighter and more efficient, although Audi doesn’t say where and how its engineers managed this. Also, with a good chassis, you’ll get good comfort when traveling with a full load and fun in the corners when driving around.

The interior is everything you could ever want in terms of luxury, sport, and the cutting-edge. You can specify your model to be fitted with an all-digital virtual cockpit – replacing gauges in favor of display panels as well as a host of active safety and active driver aids. Examples of the aids includes a predictive efficiency assistant for fuel usage, an active lane keeping system, adaptive cruise control with assistance in traffic jams, and a host of sensors as well as systems for monitoring exits, assisting with parking, recognizing road signs, and taking evasive action in the event of a potential collision. In terms of its drive trains, you can choose between some settings. Front or Quattro all-wheel drive; a six-speed manual or seven-speed paddle-shift box. A choice of gasoline and diesel engines offering up between 187bhp and 282bhp. But for those who want a racier type of model, you’ll have to make for the S5 Coupé, which boasts a 350bhp 3-liter, twin-turbo V6, that enables it to hit 100km/h in 4.7 seconds and on to an electronically limited 250km/h.