The 300 SL has always been more than just an automobile: it is a race car that is designed for the road, more of a piece of art than a car. The 300-series Mercedes was revolutionary in its day. Known for its distinctive gull-wing doors and direct fuel injection, the postwar model was the fastest production car in the 1950s and the first iteration of the SL-Class grand tourer.

See, the 300-series Mercedes was developed with a 3-litre engine, which potentially allows the car to get up to 170 horsepower. However, that would result in weighing the unit down. To distribute the weight around the car, light aluminium with a drag coefficient of 0.25 was used to shape around a skeleton of the body. The frame itself eventually weighed up to a mere 50 kilos, which was extremely light for a car. To ensure stability, the 300 SL race cars were further enhanced with the characteristic that everyone remembers them for today: their gull-wing doors. It was not long after the formulated 300 SL enjoyed success on the race track. Now, the champion Mercedes-Benz 300 SL Gullwing from 1955 with a classic silver grey exterior is up for auction. 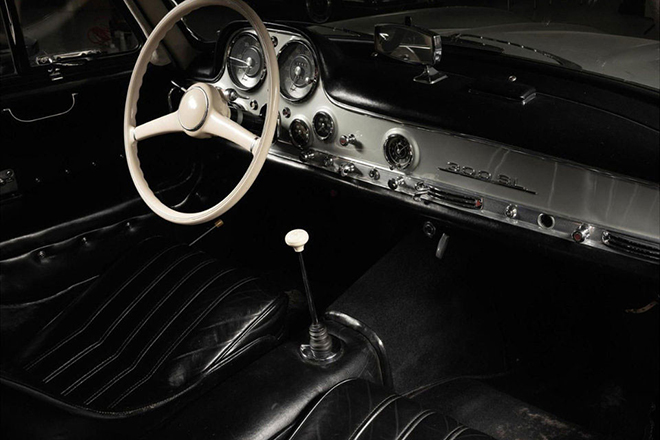 This 300 SL found its first owner, Ambie Collins in New York before making its way across the Atlantic in 1979 to join the Wiesenthal Collection in Vienna. The car still has its W-7990 number plate issued on February 28, 1979, making it likely to be one of the last Gullwings in the country with a black plate. The model was fully restored in the early-’90s with thorough documentation, replacing its original checker print interior with black leather. 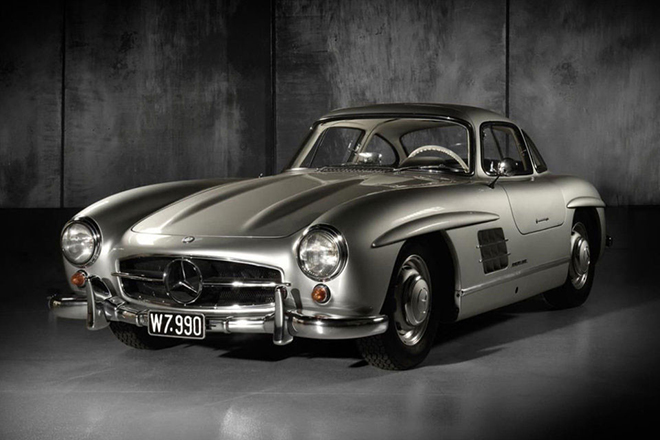 It will take a good while before another car can compete with this one, having spent 40 years owned by the same company. With a wonderful patina on the inside and an outstanding restoration performed on its exterior, its overall appearance makes it one of the most delectable cars in the auction scene. The 300 SL has always been more than just an automobile: it is a race car that is designed for the road, more of a piece of art than a car. Every single one is unique – and this one is even more so by the provenance it carries.

For more information on the 1955 Mercedes-Benz 300 SL Gullwing or to bid for the champion car, head to Dorotheum.