With the Veyron era having drawn to a close, Bugatti has unveiled the Bugatti Vision Gran Turismo at Frankfurt. 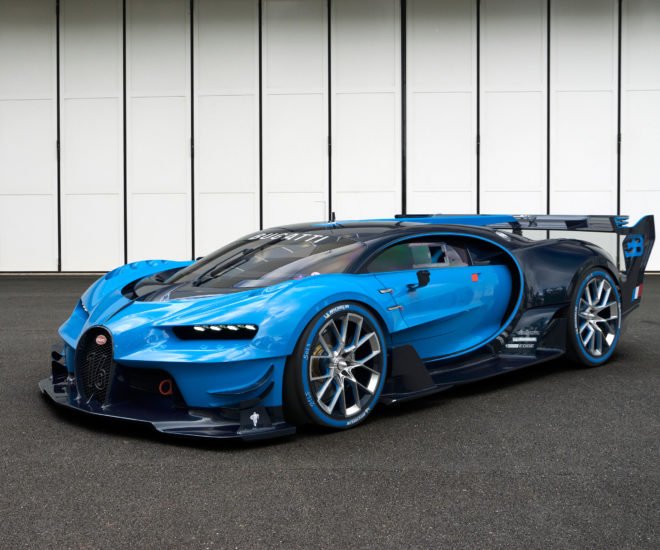 With the Veyron era having drawn to a close, Bugatti has unveiled the Bugatti Vision Gran Turismo at Frankfurt.

Designed as a concept for the PlayStation video game Gran Turismo, the Vision show car is also indicative of Bugatti’s intentions for the future.

“Given the nature of the project, our concept car is overstated and pushes performance to the limits,” said Achim Anscheidt, head of the Bugatti design team, “but its progressive design language will clearly show the direction that Bugatti’s design will take in the coming years.”

Nonetheless, key differences exist between the Vision GT and the next Bugatti production model.

“For Bugatti Vision Gran Turismo, we’ve geared every parameter to maximum performance, unlike with our production car, where it goes without saying that comfort and easy handling are also key factors,” explained head of chassis development Florian Umbach.