To mark BMW Motorsport Works driver Marco Wittmann clinching the 2016 DTM Championship, the company has built a very special version of the M4 in his honor. 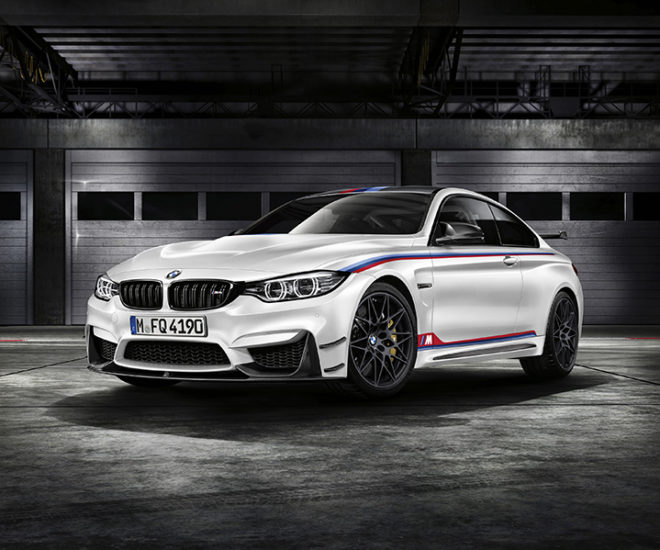 The BMW M4 DTM Championship Edition is yet another special model from the company in its centenary year, but one glance at the car’s vital statistics should have well-heeled keen drivers around the world rejoicing.

That’s because this model’s differences are more than skin deep. There’s the obligatory special exterior paint finish – Alpine White with BMW racing stripes. There’s also a large carbon fiber rear wing, side skirts and different front and rear aerodynamic elements. But lift that hood and the 3-liter six-cylinder engine that would normally output 431hp will give 200 lucky owners 500hp instead, plus an extra 50Nm of torque (600Nm).

What’s more, the car has the same ingenious water injection system that until now was only available on the equally collectable M4 GTS. This piece of technology sprays water into the chambers ahead of combustion to cool the engine before the fuel arrives. The fuel comes in colder and therefore denser, meaning it detonates with a bigger, more efficient bang, meaning more performance and less waste.

All of these powertrain enhancements mean the car can go from 0-100km/h in 3.8 seconds instead of the usual 4.3 seconds – seriously impressive considering the rear wing – and on to an electronically limited top speed of 305km/h.

Of course with that much power on tap, the suspension has been significantly altered too and fade-free ceramic brakes are standard equipment.

However, although this is a track car first and foremost, it hasn’t jettisoned all creature comforts. Ok, it’s a two seat rather than four-seat car in this configuration (the rear passenger seats have made way for a racing roll cage), but there’s still an infotainment system, air conditioning, satnav, parking sensors and the carbon fiber racing seats have been wrapped in Alcantara.

“Never before has one of our edition models been so closely linked to motor racing,” said Frank van Meel, President of BMW M GmbH. “Congratulations to Marco Wittmann, his team RMG and the entire crew from BMW Motorsport.”