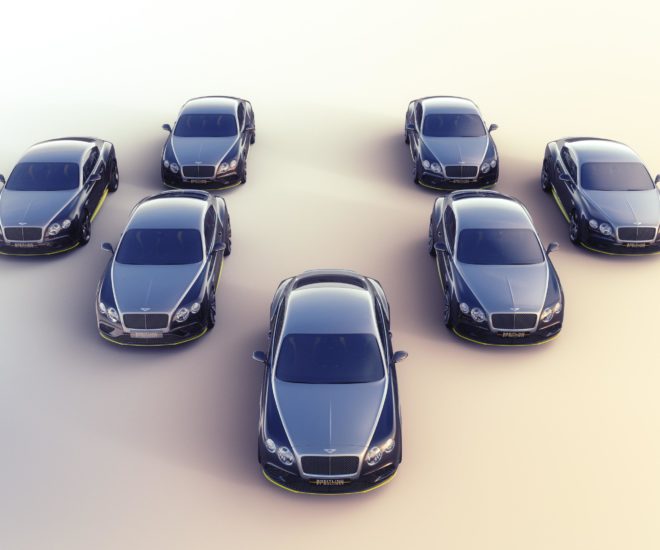 Taking each of these jets as inspiration, Bentley is building seven individually numbered cars under the banner of the Continental GT Speed Breitling Jet Team Series and has recruited Mulliner, its special bespoke customization, money-no-object division to create something that is truly special and truly reflects the characteristics of the L-39 C Albatros jet.

The exterior of each car will be finished in a two-tone paint treatment — Hallmark and Onyx — with a heavily contrasting yellow highlight. This Pantone-matched Breitling Yellow is the same that adorns the planes.

This same yellow makes its way into the cabin as the contrast stitching on the custom-designed seats and for use in special embroidered logos and graphics that highlight the vehicle’s relationship with one of the jets. The dashboard, which is finished with carbon fiber panels rather than the more traditional wood veneers for which Bentley is famous, also features an image of the Breitling Jet Team flying in formation and that same yellow tone is used to highlight which of the seven planes the car corresponds to. The doorsill tread plates are also individual, each one denoting the car’s number within the seven-example run.

Each of the seven specially built Bentley Continental GTs will be presented in formation on July 31 at the Boeing Seafair Airshow in Seattle, where the Breitling Jet Team will also be performing. As a final touch, each owner will be presented with his or her keys by the pilot of the corresponding plane and will be offered the chance to take a flight in an L-39 C Albatros jet.