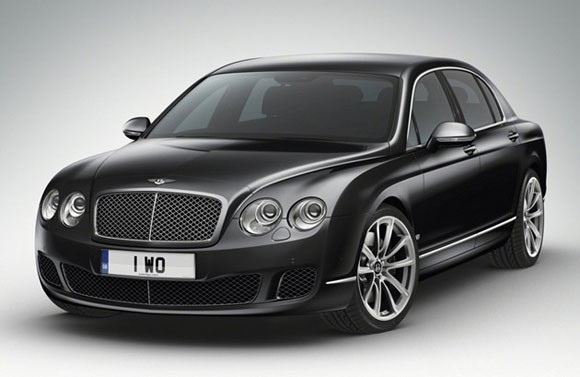 Only 50 examples will be produced, available exclusively through Bentley‘s nine dealers in the region that accounts for 10% of its sales annually.

The Flying Spur Speed Arabia edition is fitted with a more powerful 449kW W12 that is capable of pulling the land yacht from 0-100km/h in just 4.8 seconds.

The non â€˜Speedâ€™ version has to make do with a slightly less powerful version of the W12 engine that pulls the car from 0-100km/h in onlyâ€¦ 4.9 seconds.

Other features include some discreet exterior detailing touches such as â€˜Arabiaâ€™ badges and some new wheels.

Other touches include ventilated seats that can cool or warm passengers, veneered picnic tables inside the cabin and a chrome fuel cap with the ‘B’ insignia of Bentley.