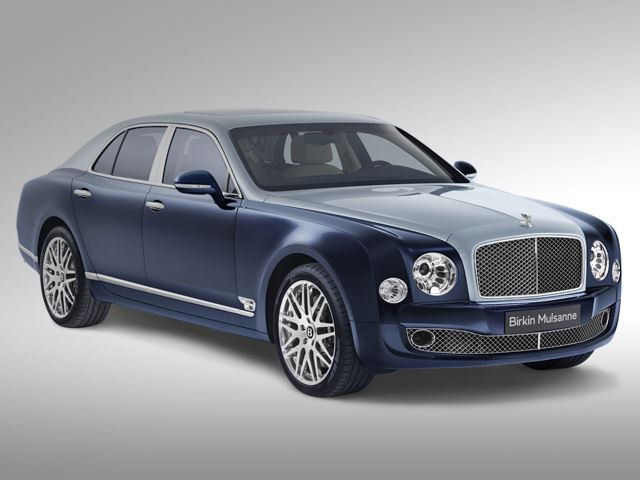 Birkin made his name in the 1920s and 30s and essentially invented the concept of the gentleman racer, such was his sartorial elegance, sense of fair play and utter fearlessness when pushing a car to the limit. He also pushed Bentley to the limit, convincing the company to develop superchargers to make the cars faster and to enter the marque in the then nascent Le Mans 24-hour race. The limited edition Mulsannes that take Birkin as their inspiration will stand on specially developed 21-inch wheels and will be offered in one of three color choices — Ghost White; Damson; and a Fountain Blue/Dark Sapphire two-tone contrast.

But the changes from the ‘standard’ model amount to much more than simply a lick of paint. Each car will come with a set of hand-tailored luggage, each piece of which will be individually numbered and made to match the client’s interior specification.

The cars will also be getting the special Mulliner Driving Specification, complete with ‘Sport’ mode, which will keep owners who also have a handful of supercars in their garage engaged. Keeping the rear-seat passengers equally happy are the integrated 8-inch TV screens in the rear of the front seat headrests and the iPads similarly integrated into the rear seat slide out solid wood picnic tables. There’s also a DVD player, wireless internet hotspot and a Naim sound system.