Audi has updated its muscly Sport Quattro coupe concept this week with a new set of laser headlights. 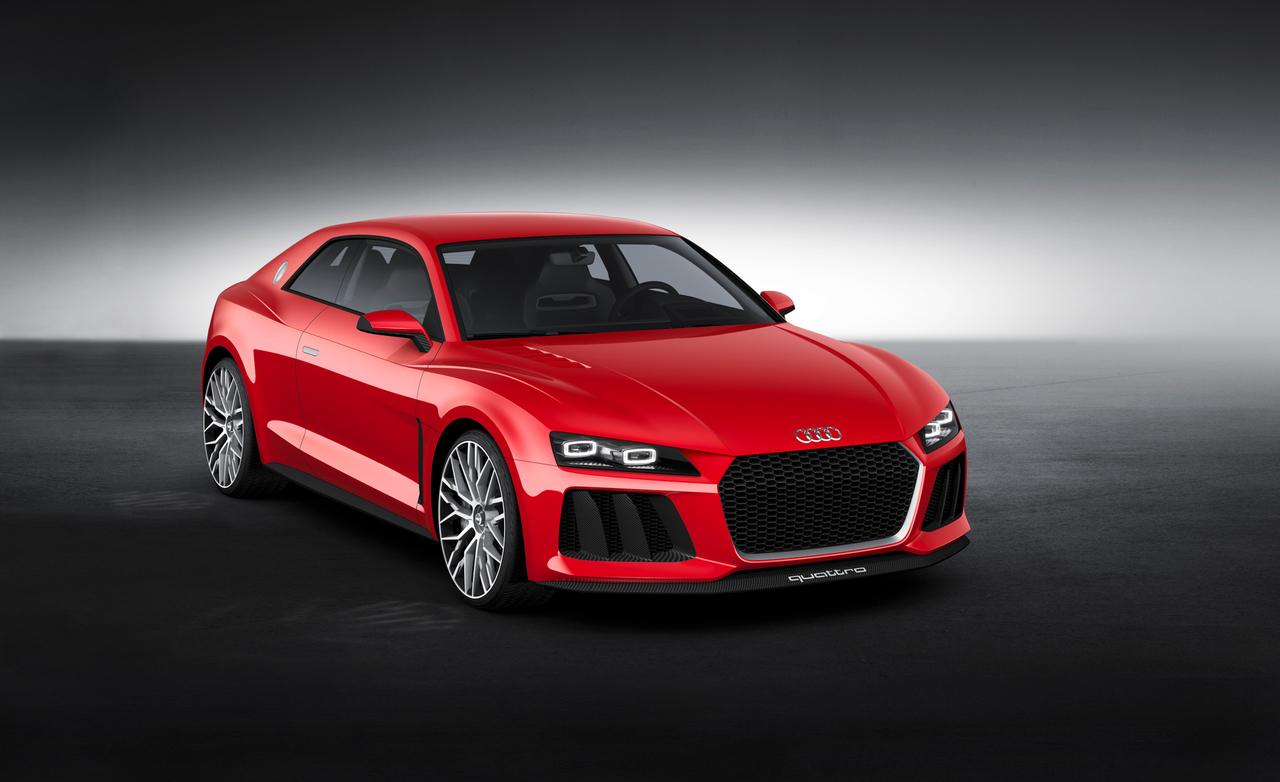 As such, it will be the second year running that Audi has chosen the International CES, rather than a traditional auto show, to showcase its latest technological breakthrough. In 2013, Audi’s autonomous driving and parking technologies were the highlights of the show and in 2014 the company is clearly planning to wow the crowds again.

On the surface, the Audi Sport Quattro Laserlight Concept is almost identical in appearance to the Sport Quattro Concept that made its debut in Frankfurt in September — it’s even powered by the same electric motor/V8 hybrid engine capable of pumping out 700hp.

However, it is markedly different in two respects. Firstly, as its name suggests, it users laser technology rather than boring old lights for illuminating the road ahead.

The use of lasers doesn’t mean that drivers will be able to slice up slow-moving traffic ahead of them, a la James Bond. Lasers are more accurate and are three times brighter than the best LED headlamps and, even when used on full beam, are less distracting to other road users. They also have an effective range of 500 meters. That’s why BMW’s new i8 hybrid supercar is already using them.

But secondly, and perhaps more importantly, the car boasts what Audi is describing as a new “3D” display powered by a Nvidia Tegra 30 processor. That’s the sort of hi-tech hardware usually found in top of the range gaming PCs, rather than in sporty German coupes.