The Porsche Cayman GT4 and its full technical details have been revealed. 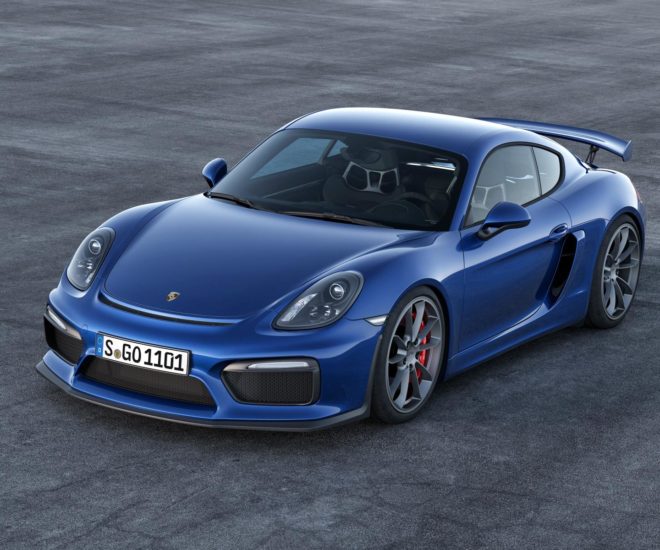 Porsche has taken the wraps off a new seriously hardcore, seriously track-focused coupé that will delight the marque’s fans and prove to critics that the Cayman really does offer something that other Porsches don’t.

The first-generation Cayman felt and performed too much like a car that had been created to occupy the middle ground between the Porsche Boxster and the Porsche 911 without denting sales of either. However, the latest iteration of the Cayman is a totally different car, a sportscar in its own right that is a genuine 2-seater alternative to a Porsche 911 and, unlike its big brother, the Cayman has perfect poise and balance thanks to its engine being right in the middle of the car, rather than over the rear wheels.

The new GT4 takes everything to another level again. A serious road-legal track car that borrows components from the 911 GT3, it is capable of lapping the Nürburgring’s north loop in 7 minutes and 40 seconds.

To set such a scorching time Porsche has dumped the 3.4-liter engine that the current top-specification Cayman GTS uses in favor of the 3.8-liter flat six that powers the 911 Carrera S. To handle the 385hp generated by the bigger powerplant, the company’s engineers have reworked the car’s six-speed manual gearbox and removed altogether the option of specifying the GT4 with a dual-clutch automatic transmission. Likewise, flat out it will ‘only’ hit 183mph (295km/h). But in both cases it’s because the car is set up aerodynamically for “maximum driving dynamics” so staying glued to the track no matter what the g-force or the bend gradient rather than simply straight-line sprints.

The large second spoiler mounted to the trunk lid is there to work with the air intakes and front splitter in order to help the car generate 100kg of downforce but it also creates drag, which adversely affects straight-line acceleration. And in making the Cayman GT4 such a capable racing car, albeit one that can be specified with air conditioning and satellite navigation for road use, it should be seen as a genuine alternative to the company’s other serious stripped-back racer, the Porsche 911 GT3.

In fact, it would not come as a surprise if a good proportion of orders for the €85,779 car come from GT3 owners who want a mid-engine racer to complement the rear engine car they already have in the garage.

The Cayman GT4 can be ordered now and deliveries will start in March.