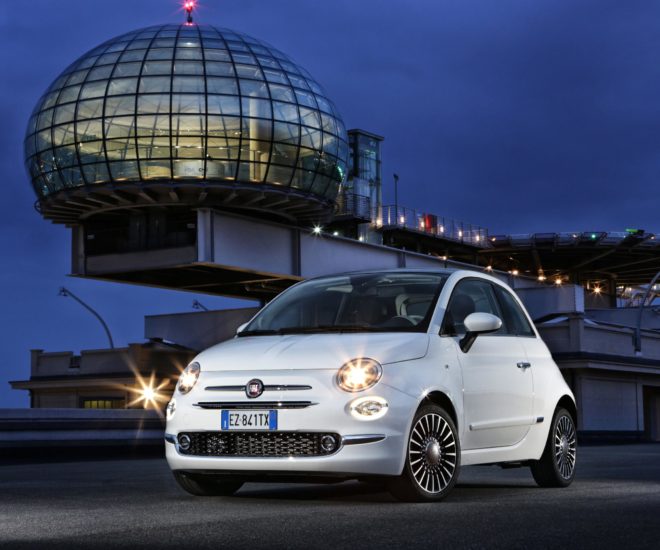 Overhauling a car designed to reference the design of a 1950s or 60s classic is incredibly difficult. Make it too modern and its retro link to the past is broken. Leave the styling alone and existing fans won’t want to buy a new one and the car will start to feel dated.

Therefore Fiat has adopted an evolutionary rather than revolutionary approach, for the exterior at least. The headlamps and LED running lights are new as is the front grille design but the car’s external dimensions and bubble shape remain untouched. In other words just enough to keep the car looking fresh as it celebrates its eighth year of production.

Under the body it’s a different story. There are three new petrol engines and one new diesel unit — all Euro 6 compliant — and the chassis, although the same since the car’s inception, has received some serious attention from Fiat’s engineers. It now promises greater comfort at lower speeds yet is also more rigid when making progress. Some of the most obvious changes are in the cabin. The dashboard layout is better, there’s an integrated touchscreen infotainment system and the seat materials and panel trims have gone up a few notches in terms of quality. There are some well-placed chrome insets for example and owners have a choice of nine different fabric finishes when specifying the cabin. There’s also more soundproofing to make conversation and listening to music more enjoyable and seven airbags for more safety.

And in recognition of the growing trend for customization popularized by the Mini, DS3 and the Opel Adam, Fiat has also unveiled something called ‘Second Skin’ which takes personalization to another level.

It’s a range of vinyl patterns, images and effects that can be wrapped around the car if the owner so wishes. As well as extending choice, the wraps also improve the chances of the car retaining its trade-in value — vinyl can be removed without harming the exterior paint finish.

And of course there’s a choice of accessories for extra special touches such as a tailgate rack, vintage style wheels and metal mirror covers.

The new Fiat 500 will go on sale from September.