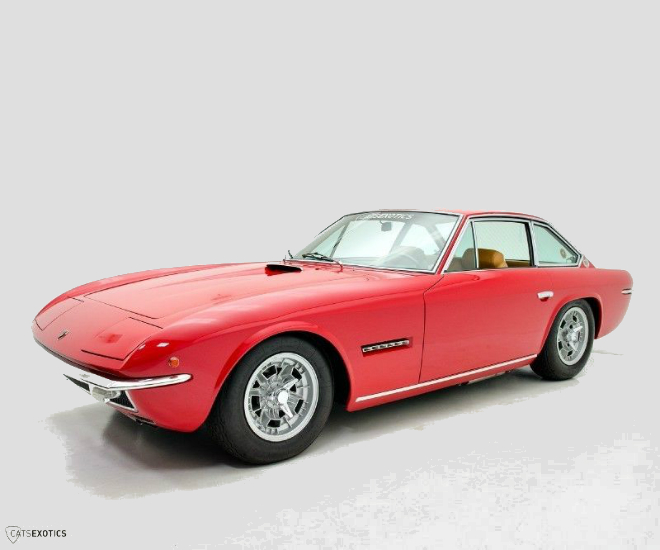 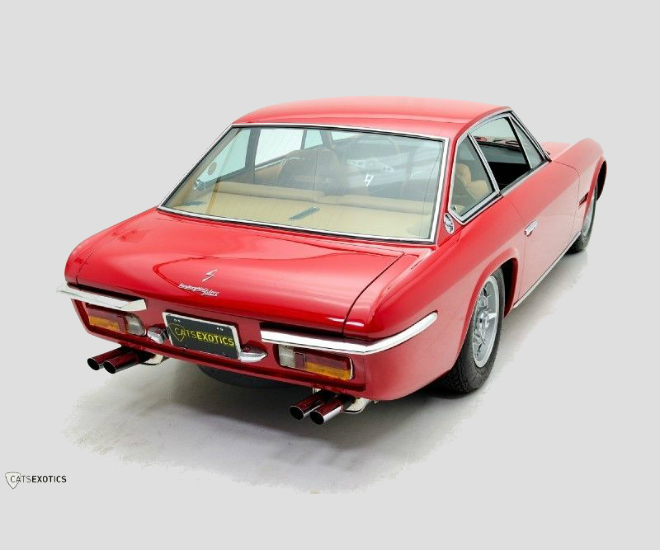 This 1969 Lamborghini Islero S, is a classic survivor car from the 1960s, with the Chassis number 6351. It was the 54th example of only 100 GTS models ever produced worldwide. During 1969, another example of the same Lamborghini Islero V12 GT coupe was once driven by Roger Moore in the movie titled “The Man Who Haunted Himself.” 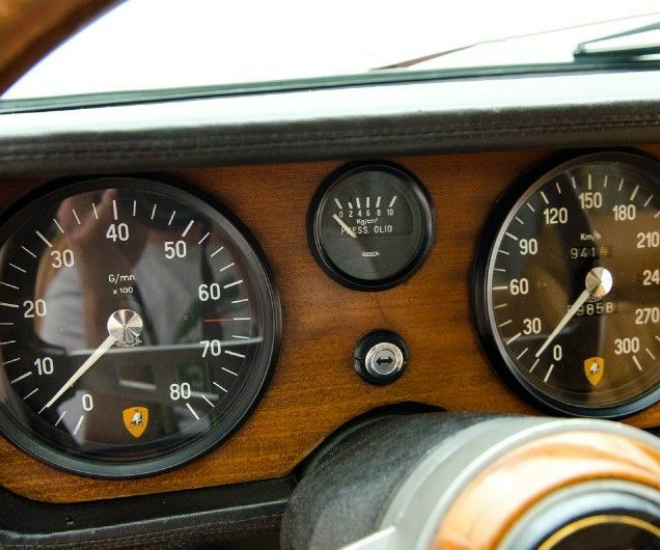 Showing 59,858 kilometres on the odometer 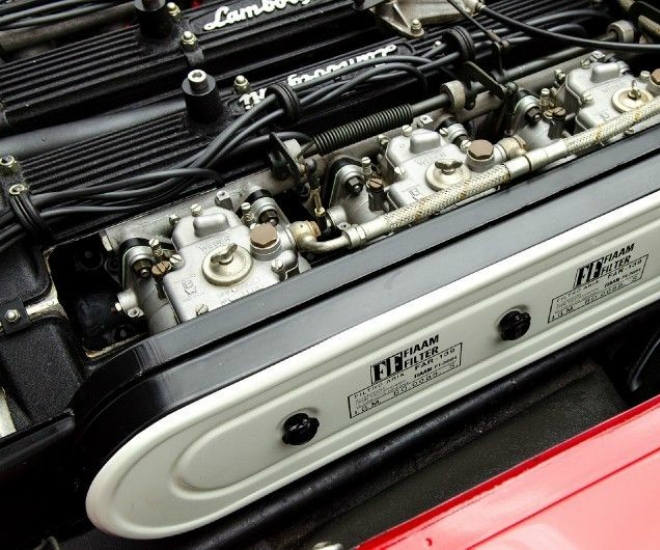 Under the bonnet features a higher horsepower ‘S’ variant V12 engine with a matching number drive-train that is able to produce a conservative 340bhp with six Weber carburettors (a device in an internal combustion engine for mixing air with a fine spray of liquid fuel), all mated to a five-speed manual transmission. While the exterior of the Lamborghini is finished in red, accentuating with the tan leather in the interior and showing 59,858 kilometres (37,194 miles) on the odometer. 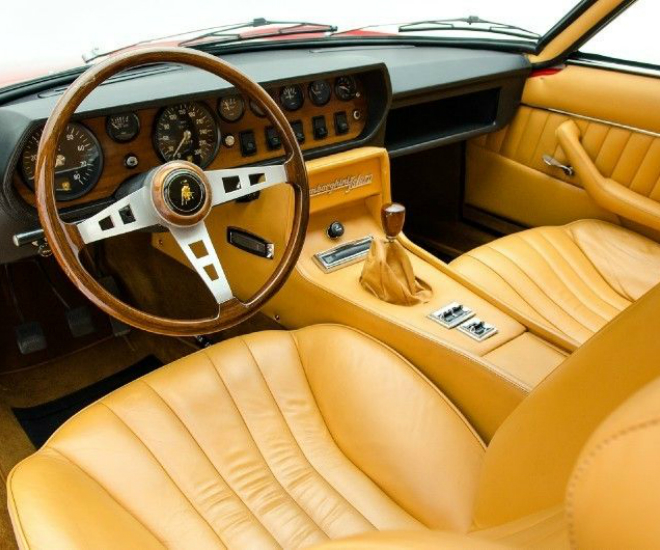 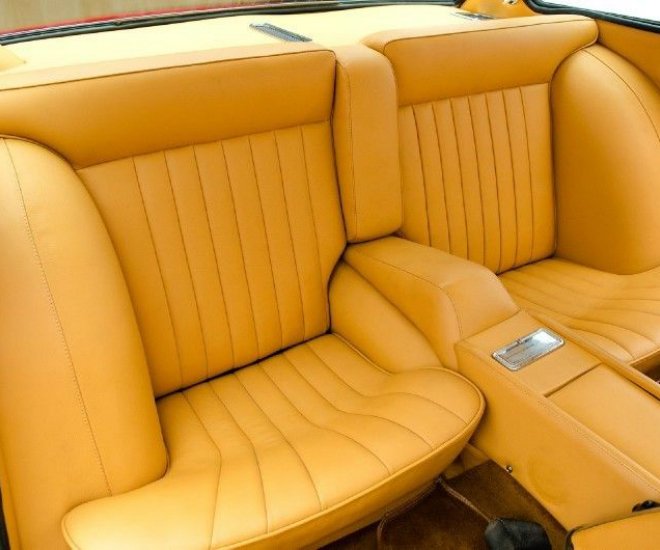 Inside the car cabin shows the trimmed leather interior matching with the steering wheel and gear-shift covered in wood-grain accents. The original Marazzi production VIN tag is fitted on the dashboard and there’s also a sequence tag of 25179 fixed to the engine bay as well as the chassis plate. 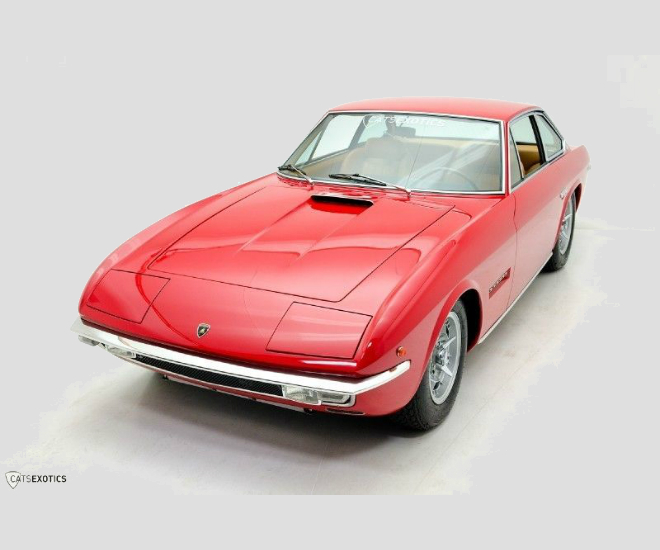 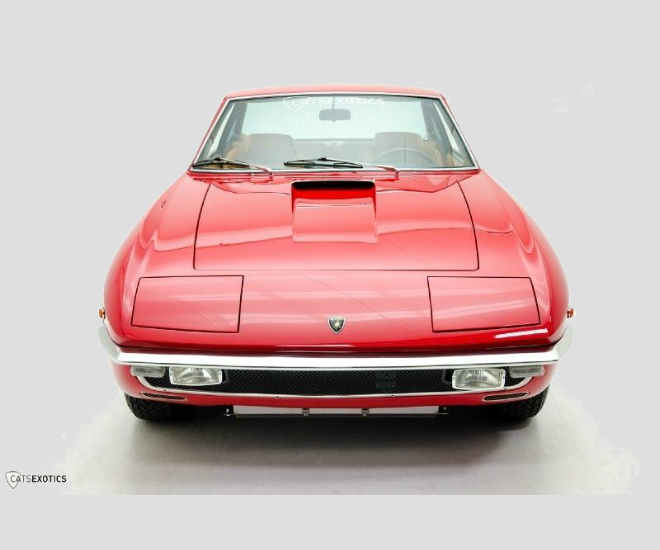 The car is estimated to realise at approximately S$649K and it has covered only less than 120 km, which translates to 75 miles since the last mechanical rebuild. Other prominent features of the race car coupe include power windows, a four-wheel independent suspension and hydraulic disc brakes.

What the future owner of this car can expect is a 1969 Lamborghini Islero ‘S’ V12 GT presented in a “beautiful overall condition”, according to the private seller.

The car has gone through a cosmetic and mechanical restoration in 2010 by the marque’s specialist, Gary Bobileff of San Diego, according to the OEM specifications. Accompanied by car receipts, original sales brochure, owner’s manual and restoration records for authenticity.

For more information about the 1969 Lamborghini Islero S V12 GT and how to buy, make enquiries at LUXIFY, Asia’s leading online marketplace for luxury.