With a growing need for wine storage facilities in the space-starved city, Crown Wine Cellars provides a solution for high-end collectors. 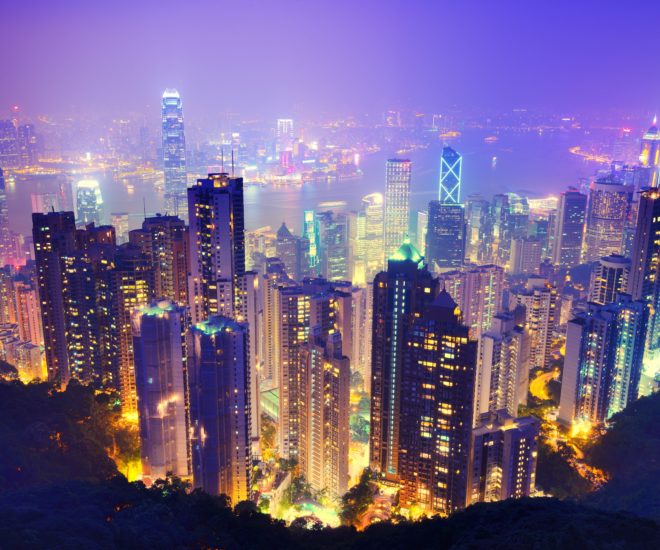 While Hong Kong is growing into one of the major capitals for fine wine out there thanks to the incredible concentration of wealth (and the potential of China), there is of course the minor issue of space because the SAR is one of the most densely populated places on earth. Wine storage can thus be a bit of a hassle, creating an opportunity for people willing to provide protection for the wines of various collectors out there. In order to cater to the highest end of the spectrum, Crown Wine Cellars has converted an old British war bunker complex into a high-security wine cellar, perfect for protecting some of the finest wines out there.

The six Central Ordnance Munitions Depot bunkers, each spanning some 1,000 square feet, have been updated and transformed into state-of-the-art wine cellars. Security is so tight that clients are not allowed to enter the storage houses and can only view the collections in small rooms, where they’ll be watched closely by video cameras. Furthermore, staff must wear wetsuits when entering the cellars (to deter theft, not because they have an underwater level), and some vaults require three codes simultaneously inputted to open.

Why so much precaution involved? One can point to the fact that the cellar holds two of the world’s most expensive bottles of wine ever sold at auction: the Château Lafite 1869 that went under the hammer in 2010 at Sotheby’s Hong Kong, fetching $232,692 apiece. And the client list will probably grow as time passes, given that imports are going up exponentially – to $1.5 billion in 2015, up from $206 million in 2007 according to Hong Kong Trade Development Council figures. The city also recently hosted the Vinexpo, Asia’s largest wine and spirits fair, showing their growing worth as a major hub for connoisseurs everywhere. Even the government’s starting to take note – they’ve sought to encourage the storage industry by creating the world’s first Wine Storage Management Systems Certification Scheme in 2009. Crown happens to be one of the 37 companies certified, and has around 2,000 customers including major auction houses such as Sotheby’s. Gregory De ‘Eb, the company principal of Crown Wine Cellars, notes that there are “more than three billion Hong Kong dollars” worth of wine being managed by them.

Another such storage company is Wine Vault. Founded in 2008, they converted disused industrial space into individual climate-controlled wine storage rooms. The cellars span from between 40 and 80 square feet in size, and users can access their collection whenever they want, thanks to facial recognition software. All this adds up to a growing ecosystem to suit the various requirements and tastes of connoisseurs in the Asian city.

This story was written in-house, with an AFP report as the source and images from the AFP.