They’re among the most anticipated ski resort openings of 2013: a five-star chalet set in the French Alps, the first alpine property out of the W hotel chain, and North Korean leader Kim Jong-un’s “world-class” ski resort. 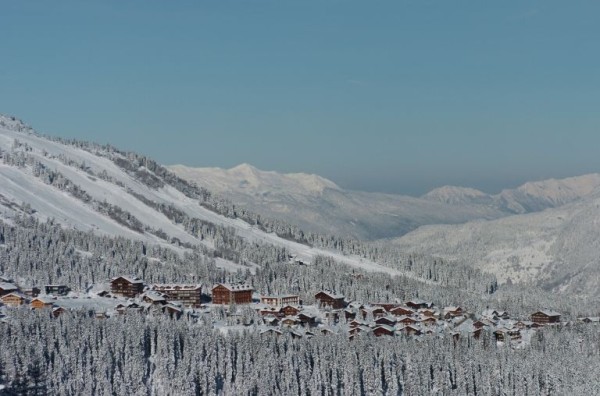 They’re among the most anticipated ski resort openings of 2013: a 5-star chalet set in the French Alps, the first alpine property out of the W hotel chain, and North Korean leader Kim Jong-un’s “world-class” ski resort. Here are a few of the most luxurious ski resort properties opening up in the next few months A new luxury hotel is set to open in one of the most prestigious skiing destinations in the French Alps. With 53 suites, a penthouse and a five-star chalet that comes with a private chef and butler, L’Apogée Courchevel is located atop the Jardin Alpin, described as the prettiest spot in Courchevel 1850.

Amenities include a restaurant helmed by a Michelin-starred chef, a champagne bar, spa, Jacuzzi, indoor pool, on-site hairdresser, ski-in and ski-out facilities and the largest kids club in the area. Set within the 4 Vallées, where snow bunnies have 412 km of slopes to choose from, the opening of the W Verbier in December will mark the W hotel chain’s first alpine property.

Four, traditional chalets are connected by a contemporary glass atrium, while the gondola — which whisks skiers up mountain altitudes of 3,300 meters — is located at their doorstep.

A mix of natural and modern materials like wood and stone are used in the hotel’s 130 guest suites, which are designed to juxtapose urban New York cool, against traditional Swiss design. The restaurant, Arola, is helmed by a Michelin-starred chef who combines Spanish cuisine with Swiss flavors.

Located below the Gemstock peak of the Urseren valley, Andermatt is about four hours from Munich and Stuttgart, two hours from Milan and 90 minutes from Lucerne and Zurich.

Billed as a five-star luxury resort, an artist rendering shows a soaring, multi-level, alpine-inspired property that will include a state-of-the-art spa and wellness center, pool, relaxation area, wine and cigar lounge, and après-ski bar.

Wood-paneled rooms are softened by plush textiles like velvet and throw blankets and leather sofas, while bathtubs are strategically located to offer panoramic views of the hotel’s natural surroundings. Originally scheduled to be unveiled October 10 to coincide with the 68th anniversary of the Korean Workers’ Party, the opening has been stalled due to ambitious and unrealistic projections and sanctions that prevent the country from buying ski lifts from Switzerland.

Plans for the resort include 110 km of multi-level ski runs, a luxury hotel, heliport and cable cars.