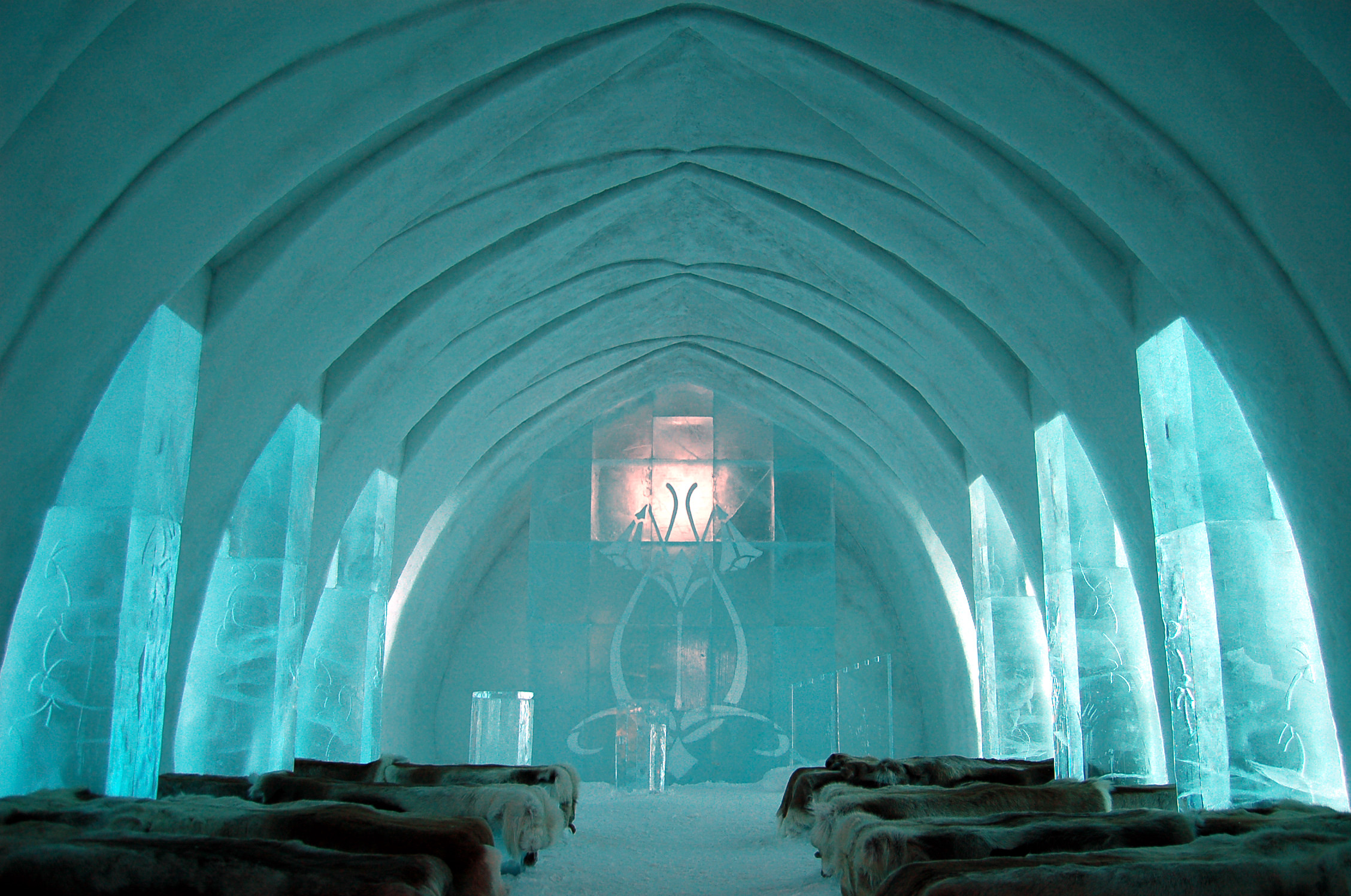 This year’s hotel features 60 ice rooms and is the 21st hotel at the site, which was the world’s first ever ice hotel and remains the largest.

It also offers a luxury suite, an ice reception desk, an ice church, an ice bar in association with Absolut and a main hall featuring a crystalline ice chandelier.

A crack team of experts is responsible for creating the 5,500 meter-square Ice Hotel, building it by shooting a mixture of snow and ice over huge steel forms which are then removed when it is set.

Specially-selected artists from all over the world then begin crafting blocks of ice harvested from a nearby river to create the interior, each participant mentored by another with previous experience of building ice and snow.

Icehotel remains open until Spring, when it is left to melt and flow back into the Torne River, from where it came.

The Hotel de Glace, a similar property and the only ice hotel in North America, is currently set to open on January 7.