The World’s Most Immersive and Sensorial Restaurants

Technology, gourmet expertise, and artistic projection coincide in absolute harmony at the world’s most sensorial restaurants. 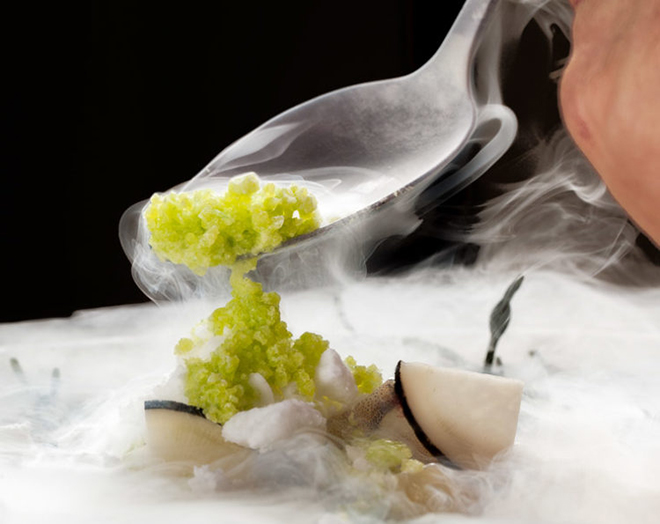 Most restaurants fall into several industry classifications, based upon menu style, preparation methods and pricing, as well as the means by which the food is served to the customer. While the local eatery around the corner is convenient and adequately satisfactory, there are certain irreplicable qualities offered by world class establishments which one just cannot overlook. Through invoking our tactile, visual, olfactory, gustatory, and auditory senses, these restaurants are amongst the best in the world, providing an immersive and highly sensorial experience, best tasted firsthand.

Presenting an exclusive and innovative experience for 12 diners every night, SubliMotion is the first gastronomic performance created to increase the pleasure of food. Regarded an innovative ‘performance art’, SubliMotion combines advanced technology and staging with gourmet cuisine prepared by 10 Michelin star Chefs. Head by Michelin 2-star chef Paco Roncero who utilises molecular gastronomy in cooking, the restaurant works alongside the world’s most brilliant designers, engineers, stage directors, composers, and illusionists, to serve a total of 20 individual entrees. Characterised by technology, vanguardian gastronomy, and constant innovation, the full SubliMotion experience is worth slightly over €1900 (USD$2,000) per person, making it one of the most expensive restaurants in the world. 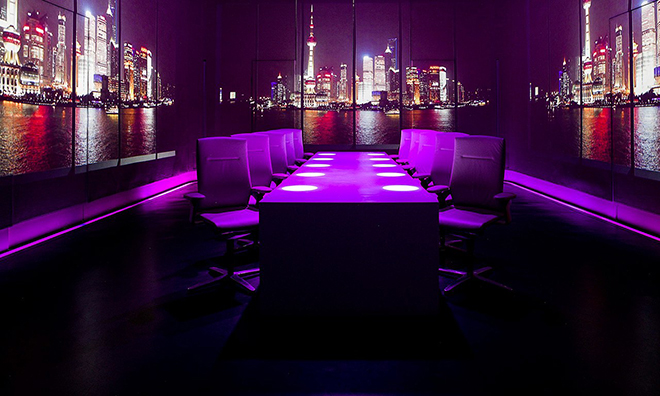 In the words of the Ultraviolet team, “To assume that food is only about taste is naïve”, as such the restaurant lead by Paul Pairet is often described as turbulent, unpredictable, unconventional, and most importantly, ‘avant-garde figurative’. Derived with the goal of transporting diners through countries or found memories, Paul Pairet is infamous for his illusionary plating technique, and meticulous yet unprejudiced selection of ingredients, texture, and flavours. Through incorporating technology traditionally used in other fields, Ultraviolet thus, enhances the perception of food by manipulating the senses. Seating a total of ten guests per night, the restaurant serves a standardised 20-course meal amidst a desolate room, dressed only by light, sound, music, scent, and imaginative projections. Worth an estimated 4,000 yuan, or $571 per pax, each course is enhanced by its own taste-tailored atmosphere. 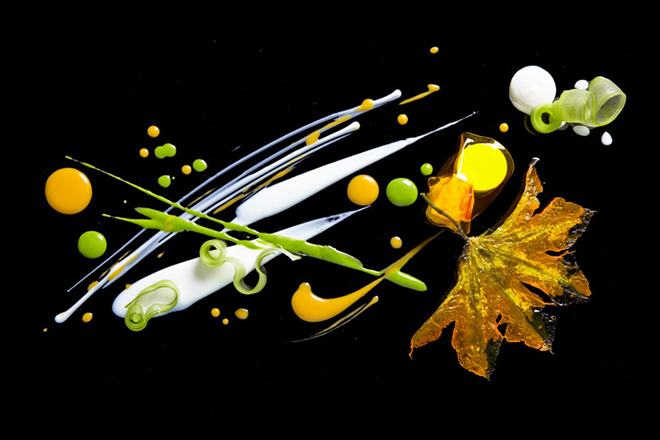 As a minimalist modern vision that puts the focal point on cuisine and dining as an experience, Alinea showcases an intentional juxtaposition of classical architectural references and modern touchstones. First initiated in May 2005, the restaurant has since undergone a series of revamps in order to exude an aura of timeless sophistication while giving no direct hints to a specific period or place. Showcasing modernised lighting, and a five-zone sound system, Alinea encompasses a total of three levels – the kitchen, gallery, and salon. 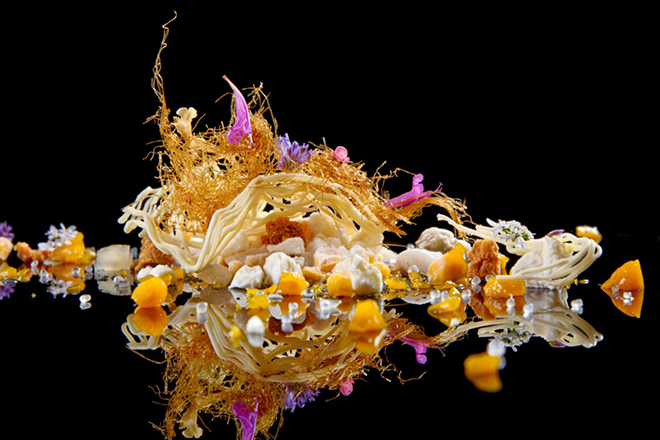 Offering the most intimate, immersive and cutting edge experience at Alinea, the kitchen table is completely private, seating a total of 6 patrons at a time for an estimated $395 per pax. Equally exclusive, more social individuals are encouraged to explore Alinea’s gallery menu, which combines fine dining with experimental moments. Accommodating up to 16 guests at a time, the gallery showcases a multi-sensory 16-to-18 course menu for approximately $305 to $365 per person, depending on day of week. Lastly, Alinea offers a 10-12 course tasting menu at any one of the restaurant’s three second floor salons. Regarded the more ‘approachable experience’, this menu is no less innovative or satiating for the mind and body. Ranging from $210 to $285 per person, each Salon can accommodate parties of 2 to 6 individuals. 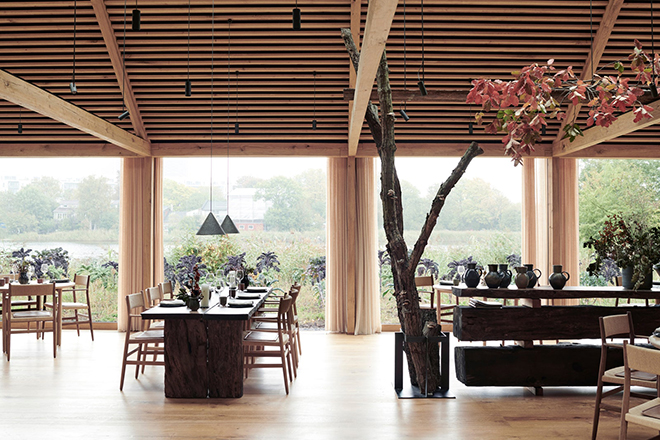 Located in an old whaling warehouse, Noma is the birthplace of “new Nordic” cuisine, which relies solely on ingredients available in region. Pushing far beyond its early days of foraged sea buckthorn and reindeer lichen, the restaurant is run by two-Michelin-star chef René Redzepi, and serves variety of traditional and modern local entrees, including, kohlrabi filled with its fermented juice and bored with a straw, alongside aebleskivers –a traditional Danish fritter—brushed with a sauce made from fermented grasshopper, and a dessert of potato, almond, and plum purée. Costing an estimated $600 per pair without wine, Noma was ranked the Best Restaurant in the World by Restaurant magazine in 2010, 2011, 2012, and 2014. 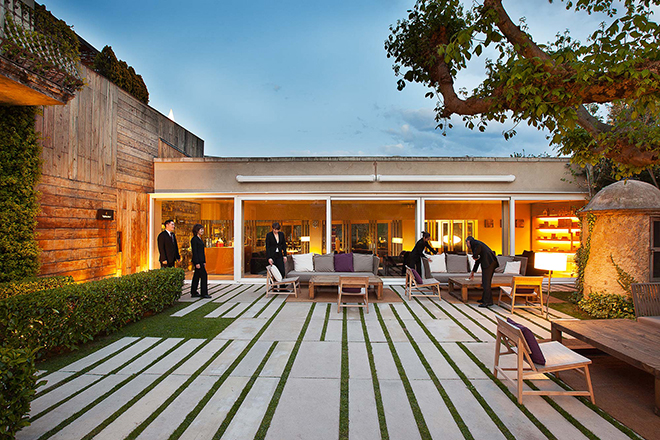 Regarded the most definitive—yet, never fully finished—project of the Roca brothers, Celler de Can Roca represents an ongoing evolution that has continued for more than 30 years, with emphasis on repetition, beauty, innovation, and cadence. Through embracing each sensorial emotion, alongside the profound sense of harmony and hospitality inherited from past generations, Celler de Can Roca, is characterised by an ideal balance of creativity and technique. 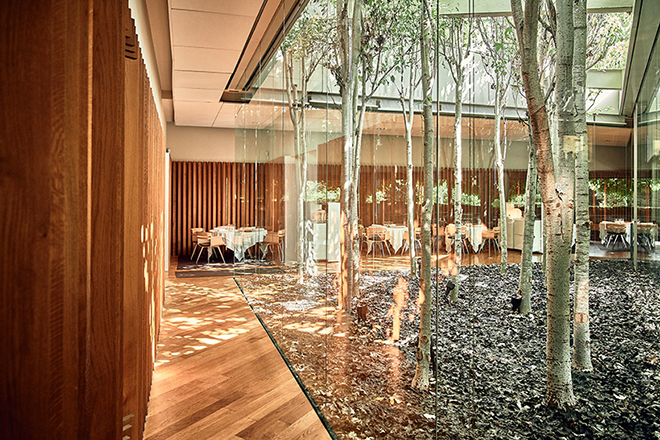 Run by head chef Joan, sommelier Josep, and pastry chef Jordi, Celler de Can Roca may very well be the most beautiful dining room in Europe. Featuring a triangular cloister which receives natural light from an interior forest, Celler de Can Roca utilizes an interplay of light and reflection to create a sense of privacy without opacity.