The Michelin restaurant guide for Great Britain and Ireland celebrated its 100th birthday Tuesday by highlighting the culinary excellence of the country’s “gastro-pubs”, or pubs with fine food. French female chef Helene Darroze (below) gained two stars in the 2011 edition of the famed foodies’ guide, less than a year after she lost a second […] 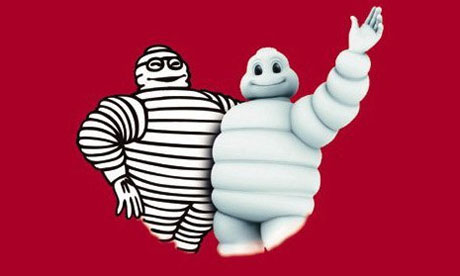 The Michelin restaurant guide for Great Britain and Ireland celebrated its 100th birthday Tuesday by highlighting the culinary excellence of the country’s “gastro-pubs”, or pubs with fine food.

French female chef Helene Darroze (below) gained two stars in the 2011 edition of the famed foodies’ guide, less than a year after she lost a second star in Paris.

“This centenary edition underlines the UK’s greatest strength which is the rich diversity and variety of its restaurants,” editor-in-chief Rebecca Burr told a news conference in the grand surroundings of Michelin House in London.

“There is no doubt that 2010 was a difficult year but those hotels and restaurants that represented value for money, at whatever price, were the ones who were best placed to weather the storm.”

New one-stars include the Pony and Trap in Chew Magna, near the southwestern English city of Bristol, “highlighting the fact that some of the best cooking can be found in our pubs”, the guide said.

The Canton Arms in London, another gastro-pub, is named in the “Bib Gourmands” list of more moderately priced eateries.

The Michelin guide lists 123 one-star restaurants including 12 new establishments — two of them in up-and-coming east London.

Among Britain and Ireland’s 16 two-star establishments, Darroze moved up from one to two stars for her new restaurant at the Connaught Hotel in London. Darroze lost her second star at the Helene Darroze in Paris last March.

Blumenthal’s innovative “molecular” cooking continues at The Fat Duck in the village of Bray-on-Thames, west of London, while Roux’s French restaurant The Waterside Inn is a short stroll down the road.

The other two are in London: the “Alain Ducasse at The Dorchester” and the eponymous “Gordon Ramsay” restaurant.

It is good news for Ramsay after the star, known for his foul-mouthed rants on the television hit “Ramsay’s Kitchen Nightmares”, endured a torrid year of personal and financial problems.

The first Michelin guide to the British Isles was published in 1911 to help travellers and included information on how to change a tyre. The current Great Britain and Ireland guide was launched in 1974.

Derek Bulmer, who retired as editor of the British guide last year, admitted that British food used to be bad but “now compares favorably with the rest of the world.”

“In the 70s, gastronomy here was very different. The food was, let’s be kind, poor,” he told the press conference.

“I spent most of my time looking for half-decent places serving large portions of very ordinary food. Menus never changed and a lot of food came straight out of huge freezers,” he added.

“We’ve witnessed a remarkable revival in the last 30 years. The food still takes its inspiration from Europe and all around the world, but uses beautiful British products.”