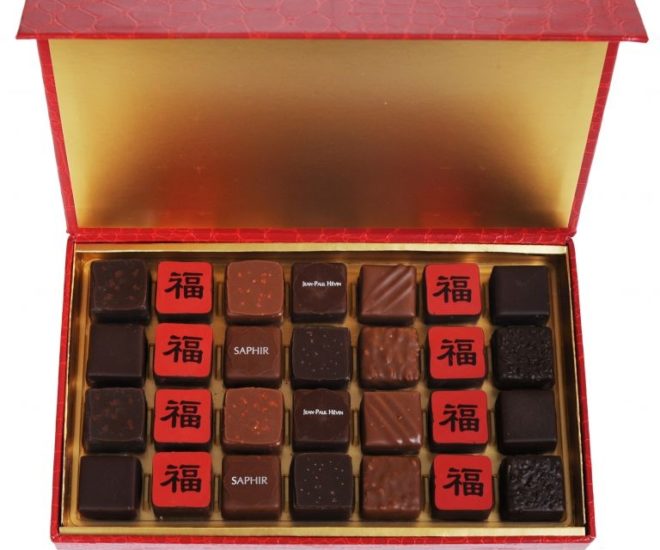 Jean-Paul Hévin has released a special range of bonbons for Chinese New Year that includes a Sichuan chili-peppered dark chocolate ganache as well as a new mandarin-flavored chocolate macaron.

Handcrafted in Paris before being flown to his Hong Kong boutiques, the limited edition chocolates have been created to help usher in the year of the snake.

The Boite Gourmande is a red faux snake-skin box wrapped in a gold ribbon that comes with 28 bonbons including the Sichuan chili chocolate, all adorned with the Chinese symbol for the word ‘lucky.’

Under the mentorship of chef Joël Robuchon in Paris, Jean-Paul Hévin received one of the top honors in France for artisan craftsmanship, the title of “Meilleur Ouvrier de France.” Since opening his own chocolate boutique in Paris, he’s since exported the brand to Japan, Hong Kong, China and Taiwan.

The special Chinese New Year coffrets like the Boite Gourmande, which costs $560 HKD (€53), are available at the trio of Jean-Paul Hévin boutiques in Hong Kong.