Facebook is testing a new feature that would bring up critics’ reviews alongside ‘likes’ when searching for somewhere to eat. 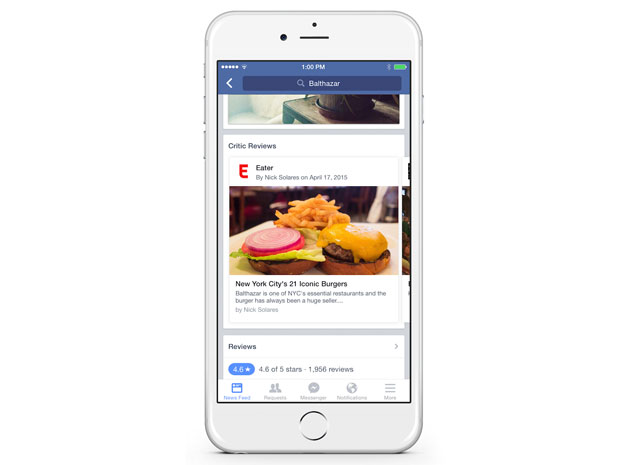 The reviews are currently cropping up for selected establishments in New York and in California and were first spotted by Engadget.

If they strike a chord with users, expect the feature to roll out to more cities, and more countries in the coming months.