After earning his third star in the last Michelin guide, chef Emmanuel Renaut has been voted chef of the year by his fellow colleagues. 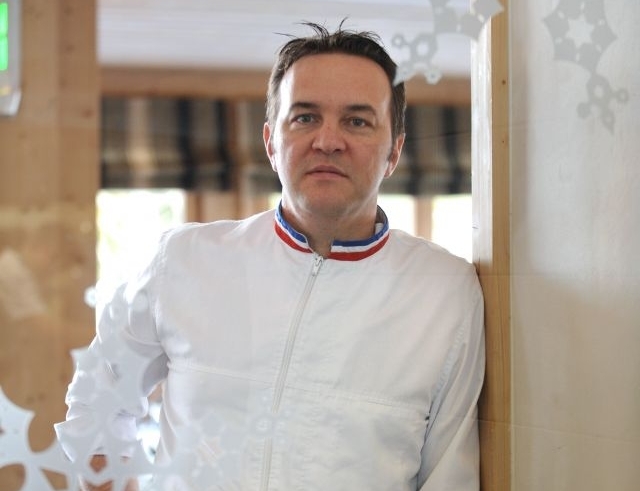 It’s been a banner year for French chef Emmanuel Renaut. After earning his third star in the last Michelin guide, the chef of Flocons de Sel in eastern France has been voted chef of the year by his fellow colleagues.

It’s a distinction he shares with other French culinary luminaries including Jean-Francois Piège – a popular food TV personality in the country– Gilles Goujon, and Eric Frechon, all of whom were given nods from their confrères of more than 6,000 chefs, pastry chefs and sommeliers across the country.

The other big winners of the annual competition hosted by Le Chef magazine include two women: pastry chef Claire Heitzler of Paris restaurant Lasserre and Estelle Touzet, sommelier of Le Meurice in Paris.

In the 2012 edition of the French Michelin guide, Renaut earned his third stripe for his traditional Savoyard cuisine becoming the country’s 26th restaurant in France to boast triple stars.

At Paris restaurant Lasserre, meanwhile, desserts share the spotlight with savory items in a €30 menu that includes multiple courses like roasted figs with cream and olive oil, chocolate soufflé and assorted seasonal offerings.

And ritzy restaurant Le Meurice, which overlooks the Tuileries Gardens, is now home to both a three-Michelin starred chef Yannick Alléno, in addition to a sommelier considered “le nez” or “the nose” of France with her keen pairing abilities.