The vision behind LG’s 105-inch 21:9 Curved Ultra HD TV was to bring the movie theater into the living room. 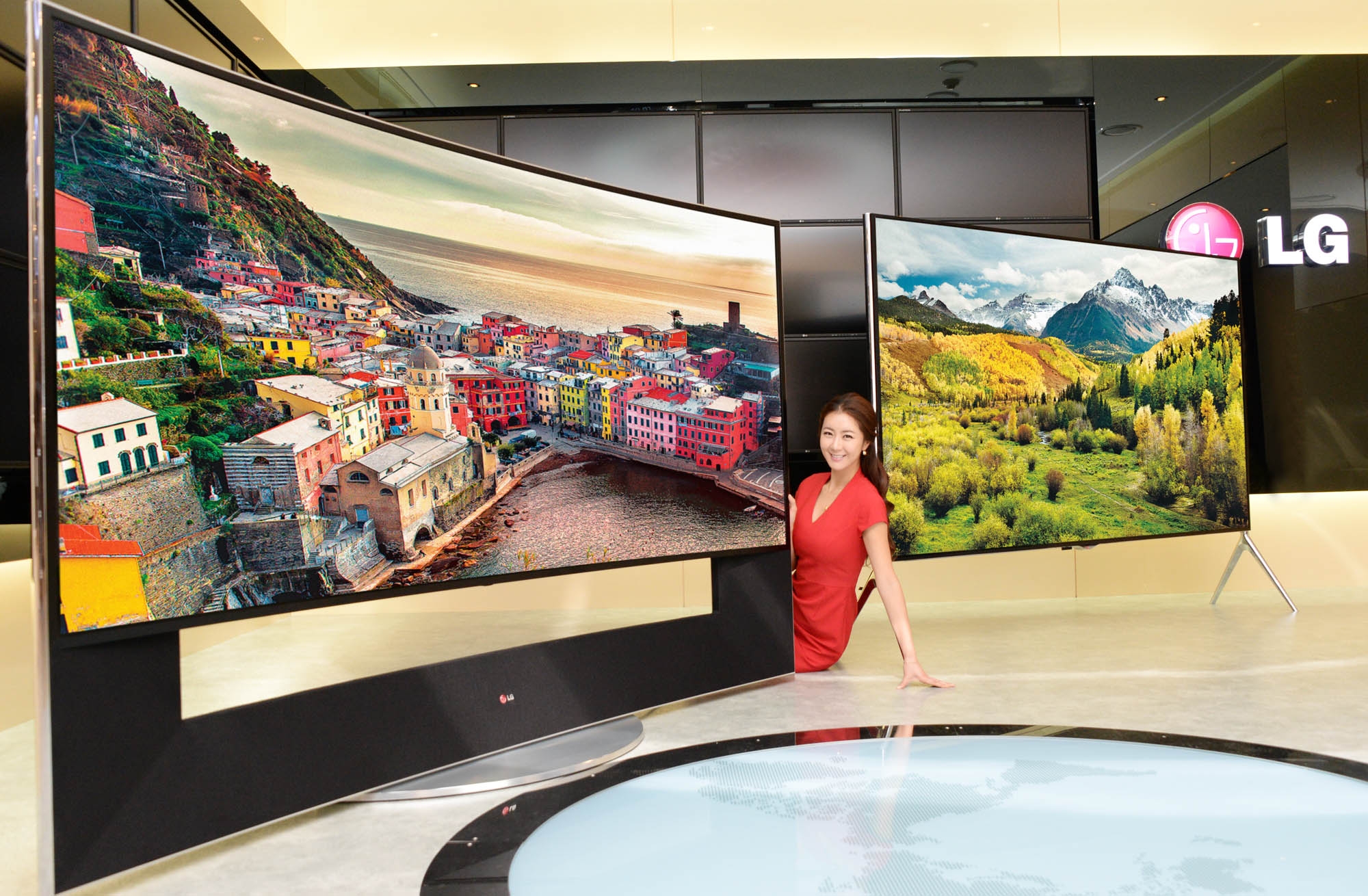 If you liked the look of Samsung’s living room-filling 105-inch curved screen HDTV set but were put off by its $120,000 asking price, there’s good news.

On Tuesday, LG launched its own equally curved, equally large and equally ultra-high definition TV, the LG 105UC9, and it will “only” cost $117,000.

Thanks to the sheer size of the screen it boasts 11 million pixels, so technically speaking it’s a 5K, not a 4K set (as it has five times the number of pixels found in a HD TV screen), something LG is very quick to point out.

It also comes with a specially designed sound system co-developed by premium audio brand Harman Kardon so the listening experience should be as immersive as the viewing — with an aspect ratio of 21:9. “The vision behind LG’s 105-inch 21:9 Curved Ultra HD TV was to bring the movie theater into the living room,” said In-kyu Lee, senior vice president and head of the TV Division at LG’s Home Entertainment Company.

“Featuring a curved 5K CinemaScope screen and a 7.2 channel speaker system, the 105UC9 is LG’s most spectacular Ultra HD TV yet. This product pushes the envelope in home entertainment innovation and demonstrates what is possible when you bring today’s most advanced TV technologies together.”

SEE ALSO: IS THIS THE WORLD’S MOST EXPENSIVE TV?

However, not everything broadcast on television, available on cable or as a internet clip comes in the same aspect ratio as an effects-laden blockbuster.

So rather than stretch and distort the image in order to fill the screen, when something is in a more typical 16:9 aspect ratio, areas of the screen are left dark instead and can be used to display programming information or to access menus.

Like all televisions that market themselves as 4K UHD, the LG set can take SD and HD content, like a Blu-ray, and upscale it to UHD format.

Available to order now in South Korea for 120 million won, which works out at $117,000, LG says that it will be rolling out to other markets before the end of the year at which point it will announce international pricing.