The following is a list of some of the best known works by Brazil’s star architect Oscar Niemeyer, a creative genius who died Wednesday at the age of 104. 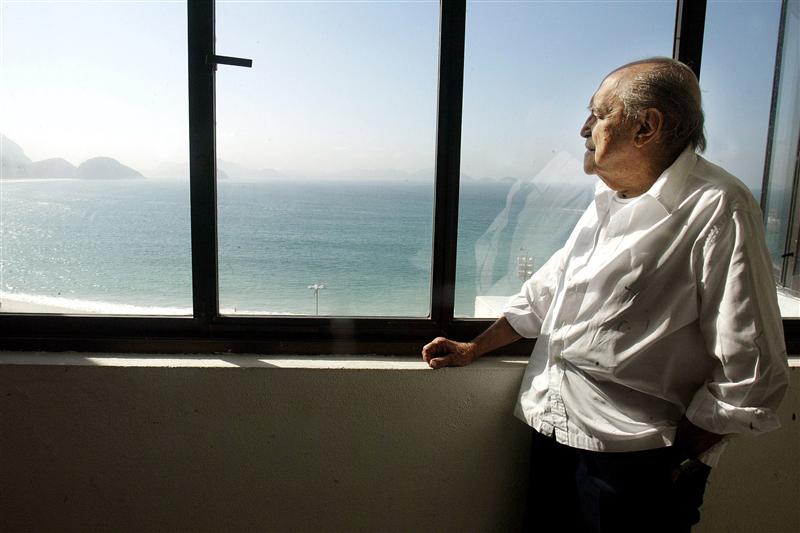 Oscar Niemeyer, one of the 20th century’s most important architects, who designed the United Nations building in New York and his country’s futuristic capital of Brasília, died on Wednesday in a hospital in Rio de Janeiro. He was 104. Niemeyer began his career in Rio de Janeiro in the 1930s as a pupil of Lucio Costa and the Franco-Swiss modernist pioneer Le Corbusier. Costa later became his partner in the creation of Brasilia. The Museum of Contemporary Art near Rio de Janeiro

Brazilian President Dilma Rousseff, whose office is located in Niemeyer’s Brasilia buildings, paid tribute to the architect, calling him “a revolutionary, the mentor of a new architecture, beautiful, logical, and, as he himself defined it, inventive.” Niemeyer won the 1988 Pritzker Architecture Prize, considered the “Nobel Prize of Architecture,” for the Brasilia cathedral. Despite the fact that most of the structure is underground, the “Crown of Thorns” cupola brings the church light and loftiness. The ramp of Brasilia’s National Museum

Built in the space of just four years, the collection of public buildings in Brasilia is perhaps the architect’s main achievement. The city opened in 1960. View of the Brazilian Congress in Brasilia

Described today as “retro-futuristic,” Brasilia has also been qualified as poetic and monumental. A longtime communist, Niemeyer designed the French Communist headquarters (1967-81) during a period of exile that he spent in France. This structure (1972-83) reveals Niemeyer’s signature use of concrete in curvaceous forms. The architect designed 600 works around the world and had some 20 other projects under way. Niemeyer’s creation has served as the official headquarters of the United Nations since its completion in 1952. Oscar Niemeyer’s all-white design is situated on the Amalfi Coast and, at 365 meters above sea level, offers an impressive view of the coastline. Inaugurated on May 26, 2011, the center was one of the architect’s most recent projects. Niemeyer described it as: “An open square to the humankind, a place for education, culture and peace.” Headquarters of newspaper L’Humanité in Saint-Denis, north of Paris

The building was designed and constructed in 1989 for French Communist newspaper L’Humanité.