We have not even cleared one month of 2016 but we already have a few designer-of-the-year options, courtesy of the legendary Maison & Objet show. 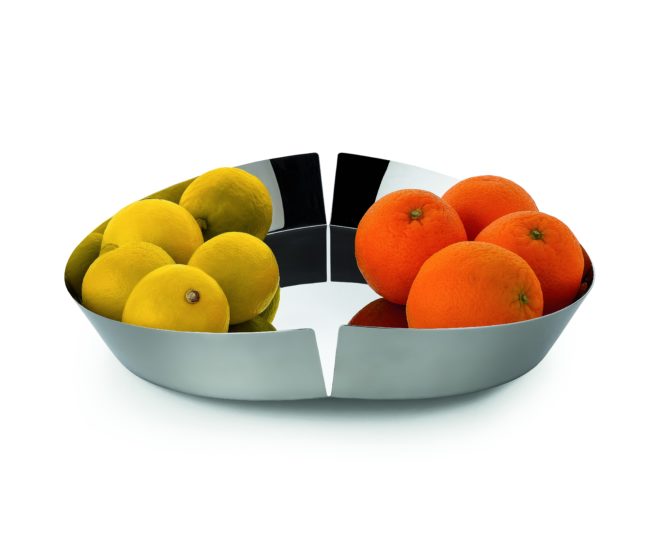 We have not even cleared one month of 2016 but we already have a few designer-of-the-year options, courtesy of the legendary Maison & Objet show. The Paris edition of the Maison & Objet interior design trade show begins today – this year the theme is “Wild” – and runs through to January 26 in the French capital. It heads to Singapore from March 8-11, then to Miami (USA) from May 10-13. Each of the three shows has its own Designer of the Year, in fact.

Pictured above is “Broken Bowl” by Maximilian Schmahl for Alessi, featured at Maison & Objet Paris Eugeni Quitllet, Designer of the Year for Maison & Objet Paris

Based in Barcelona, this Catalan designer has made plastic his artistic playground. Eugeni Quitllet has worked in a wide sphere, designing a range of disposable tableware and cutlery for Air France, a collection of musical outdoor furniture for Vondom, and co-designing the Masters chair for Kartell with Philippe Starck. He will be presenting his latest collaborations at Maison & Objet Paris, in a specially designed exhibition entitled “One of a Kind to Infinity.” Maison & Objet Paris runs January 22-26, 2016. André Fu, Designer of the Year for Maison & Objet Asia

Hong-Kong-born architect and designer André Fu has designed a number of luxury hotels, including The Upper House in Hong Kong and the Fullerton Bay Hotel in Singapore. He has launched his own brand – “André Fu Living” – through which he creates pieces in collaboration with big names from the world of design, furnishings and publishing, such as Assouline and Tai Ping Carpets. Maison & Objet Asia runs March 8-11 in Singapore. Based in New York’s SoHo neighborhood, Rafael de Cárdenas works in a wide range of fields, designing residential interiors and concept stores, as well as objects and furniture. Before opening his own multi-disciplinary agency “Architecture at Large” in 2006, Rafael de Cárdenas worked as a menswear designer for Calvin Klein and as the director of a special effects production company. His diverse experience has led him to work with the likes of Barneys New York, Baccarat, Cartier and Nike. Maison & Objet Americas runs May 10-13 in Miami.