Chantal Thomass has unveiled the Valentine’s edition can she designed as Diet Coke’s artistic director for 2014. 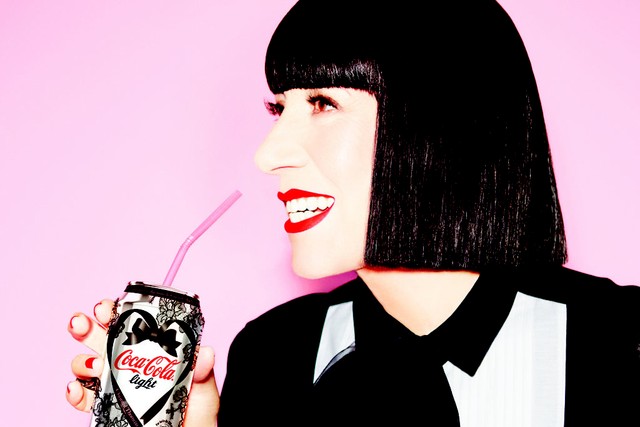 In its latest designer collaboration, Diet Coke has teamed up with French lingerie designer Chantal Thomass for a chic and sexy limited edition can. Arriving in French stores in time for Valentine’s Day, the new Coca-Cola Light can is perfectly suited to the season, with its seductive lingerie motif designed by Chantal Thomass. The women’s underwear specialist has created a glamorous design featuring black lace and a heart-shaped ribbon.

In 2013, Diet Coke celebrated its 30th anniversary with Marc Jacobs, who followed in the footsteps of world-famous designers such as Jean-Paul Gaultier and Nathalie Rykiel. Even Karl Lagerfeld has designed a can for the company. An aluminum bottle designed by Chantal Thomass, arriving in French stores next April, will complete the line. The new Diet Coke can will be available from late January.

Which designer created the best can or bottle for Diet Coke?