Cancer treatments are known to sap energy and unbeknown to the world, Chadwick Boseman muscled on to give us epic performances physically and emotionally 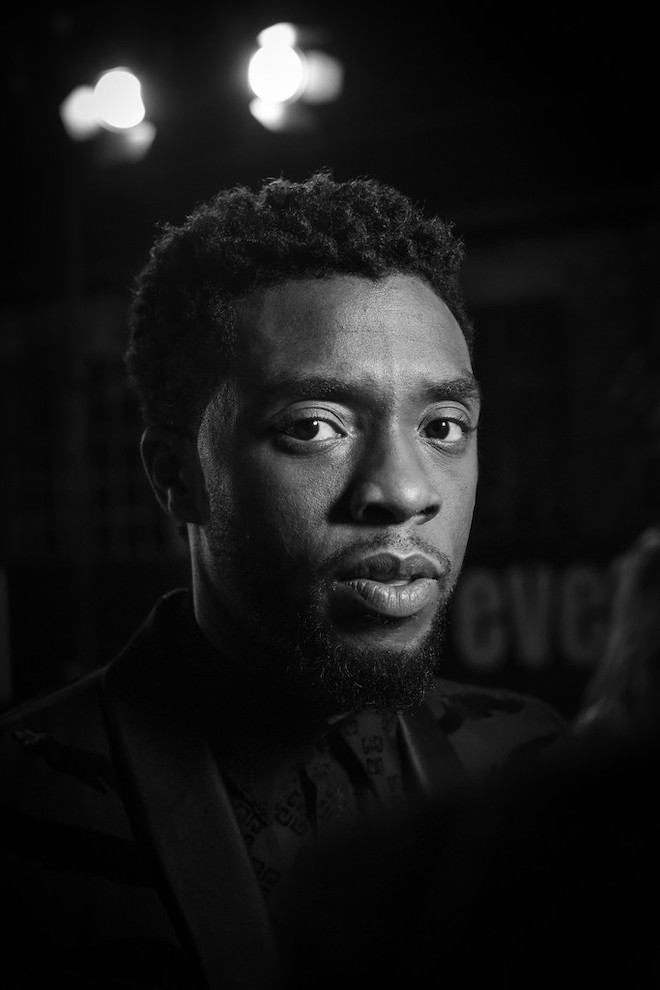 It was shocking that Chadwick Boseman died on Friday 28 August 2020, age 43. For most of us, our introduction to the man took place in 2016 when he debuted as King T’Challa in Marvel’s Captain America: Civil War. This means that when the world watched him astride the transnational, multicultural phenom that was the Marvel Cinematic Universe: Black Panther, Infinity War and Endgame, this jacked up, rippling super hero wasn’t just battling our fictional villains, Boseman was battling a deadly enemy of his own – cancer. And no one was the wiser.

Fatigue is by far the most common – and for many the most distressing – symptom affecting people with cancer. In fact, there are numerous factors associated with fatigue (i.e., anemia, cancer treatments, the cancer itself, depression, to name a few), and here was a man getting in shape for multiple appearances as super hero T’challa, the Black Panther in Avengers: Civil War, shedding that bulk for Marshall in 2017, back into shape again for Black Panther and the Avengers 2 part sequel: Infinity War & Endgame, and then getting film ready again for Spike Lee’s Da 5 Bloods; what is as shocking as his passing is that a mortal man battling colon cancer can accomplish so much physically and mentally than many of us on our best day.

Cancer treatments like chemotherapy, radiation, bone marrow transplants and biologic therapies are known to sap energy. Anti-cancer drugs not only attack malignant cells, but strike at fast-growing healthy cells, including red blood cells, inducing anemia and its subsequent fatigue and put pump out a fitness regime fit to produce the physique of a super-hero was tremendous to say the least.

In a 2017 interview with Huffington Post reporter Matt Jacobs, the late actor subtly referenced what we know now was Boseman’s private battle with colon cancer. Jacobs asked, “You came off of one Black Panther project, did Marshall and then made another Black Panther movie. Did you bulk up, slim down and then bulk up again?” Chadwick responded exhaustedly, “Right. Yeah, yeah, yeah.” 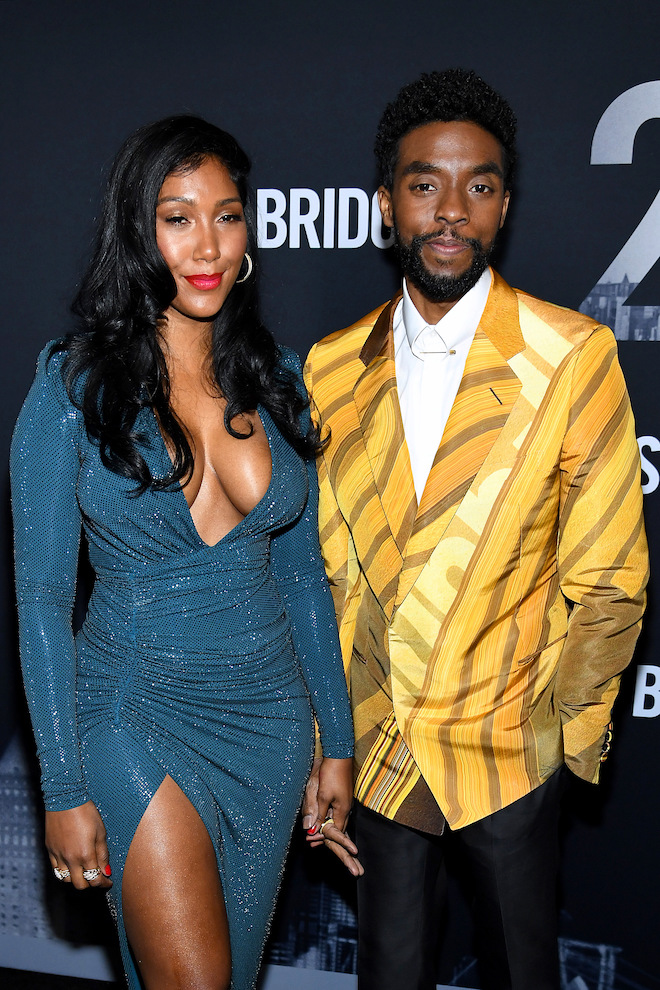 “You’ve been through the wringer,” to which Chadwick replied, “You have no idea. One day I’ll live to tell the story.” – Chadwick, during a 2017 interview with Huffington Post

Initially, Chadwick was working out 3-5 times per week leading up to his role in the Black Panther but in the lead up to The Avenger’s mega-sequel, the studio’s decision to shoot the final movies back-to-back meant Boseman spent nearly a year in constant training. Under the guidance of personal trainer, Addison Henderson, T’challa’s first appearance in Captain America: Civil War was the first time that the newly ascended King was assuming the powers of the Black Panther, so the pair went to the comic books for inspiration on the right physicality – a mere mortal (albeit one “herbally improved” as opposed to demigod like Thor or a radio-chemical super soldier like Steve Rogers) who had to carry the mantle for the Kingdom of Wakanda. 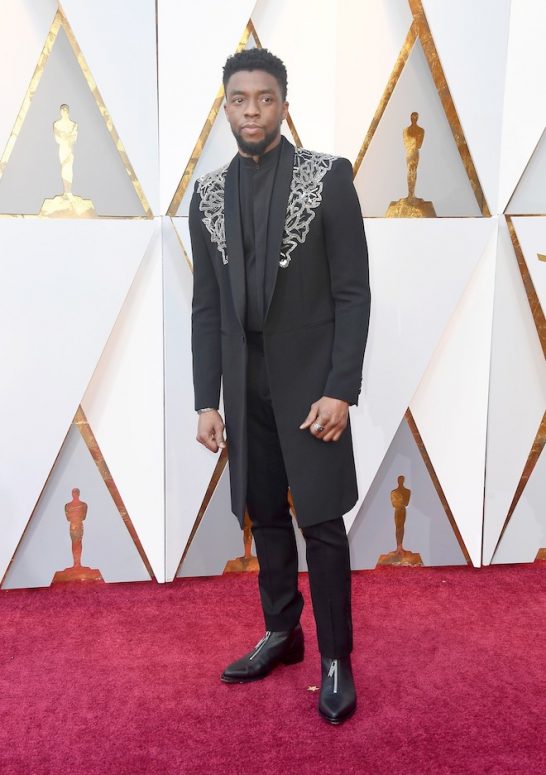 Chadwick Boseman in Versace, accessorised by Bvlgari, one supposes a man like Boseman looks distinguished even in over the top regal garments 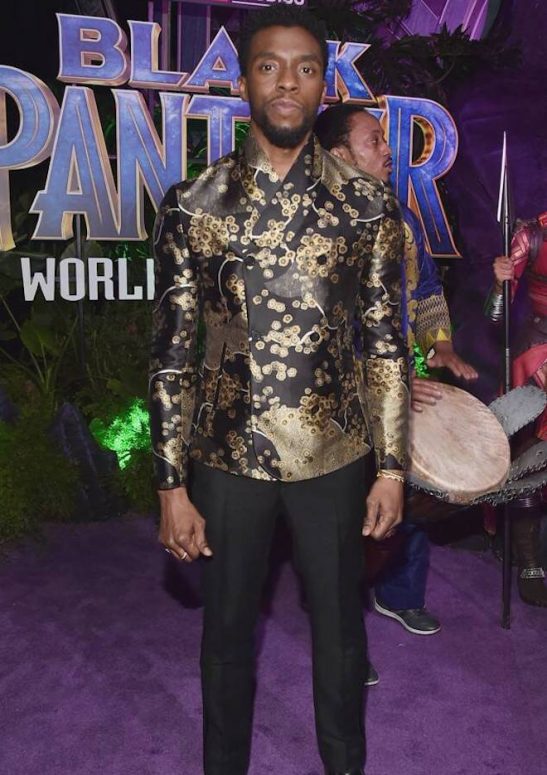 Let’s just say that Chadwick is a true athlete and I was impressed by what he brought to the table. The fact is, there is still more to his ability than what you have seen in this movie. He can do more. – Martial Arts expert Marrese Crump on Boseman’s physical prowess

Beyond the physical aesthetic, Henderson and Chadwick also worked hard to make sure that Boseman had the conditioning to survive marathon moviemaking and the intense battle scenes in Infinity War. “We trained like we were going into the fight of our lives,” said Henderson. Whatever Boseman was dealing with in his private life, no one in Hollywood was privy to it, none of his trainers, Marrese Crump for combat and Addison Henderson for fitness, were ever the wiser, a real testament of Boseman’s superheroism. We have become a society of complainers and men like Boseman are few and far between. 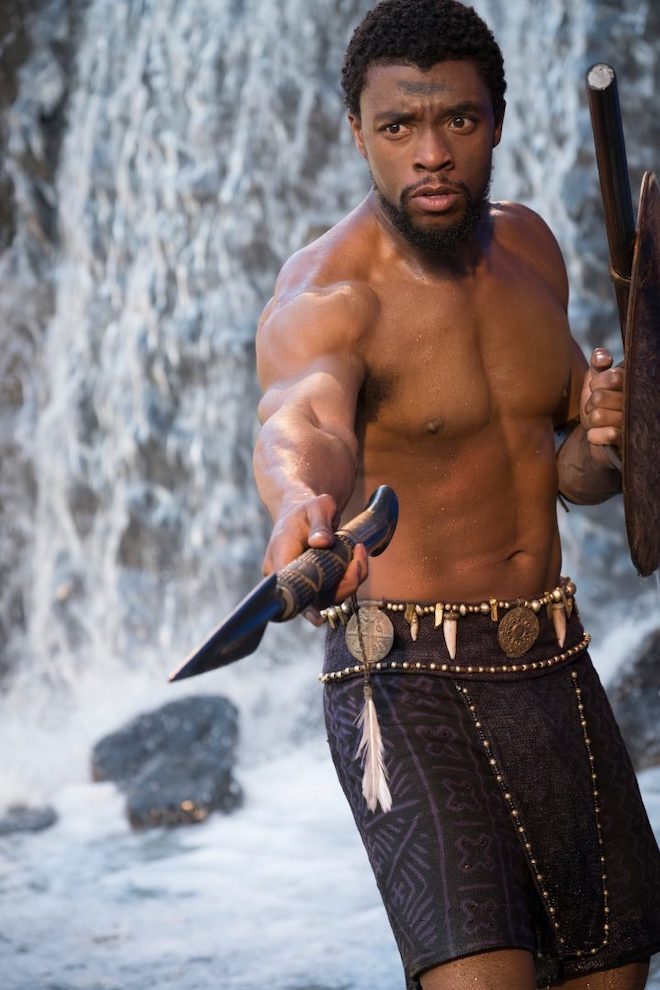 Boseman, ripped and every inch a super hero

According to Kerry Courneya, PhD, professor and Canada Research Chair in Physical Activity and Cancer at the University of Alberta in Edmonton, Canada, “Several recent studies suggest that higher levels of physical activity are associated with a reduced risk of the cancer coming back, and a longer survival after a cancer diagnosis.” “I was exhausted after the first season and there was a lot of pain and it wasn’t going away.” – Andy Whitfield, Spartacus

After shooting the first season of Spartacus, excruciating pain that Whitfield could no longer ignore forced him to seek a medical opinion. doctors told him that he had lymphoma and that if left untreated he would be dead within six months. Demonstrating his resolve, Whitfield tattooed “Be Here Now” on his arm, and submitted to treatments that included 11 rounds of chemotherapy. A relapsed forced the rising star to abandon his lead role as he pursued alternative treatments in India where he soon passed, 18 months after the initial diagnosis (Whitfield’s journey was chronicled in a Netflix documentary).

According to Dr. Colin Champ,  Associate Professor at Duke University, “muscles fight cancer.” Scientists discovered that muscular strength decreased the risk of cancer death.  Dr Champs explains that fat tissue secretes the pro-inflammatory cytokine TNF-α (which stands for tumor necrosis factor since our immune cells secrete it in the presence of tumor cells), our muscles secrete IL-6, which fights inflammation. AMPK is, in essence, the antithesis of cancer. While cancer cells are burning large amounts of glucose and nutrients, this is mostly to build up biomass – or simply put to keep growing and spreading. AMPK, on the other hand, shuts off this process, blocking cancer growth so we can feed our own cells.

“The risks of high intensity exercise for cancer survivors are not too different from the general population,” says Courneya. Musculoskeletal injuries–soreness, strains and sprains-are the most common. That said, exercise for cancer patients may carry a slightly higher risk for heart problems. It is always a good idea to have a complete physical exam and get approval from your oncologists before starting a moderate-to-vigorous exercise program, Courneya adds. 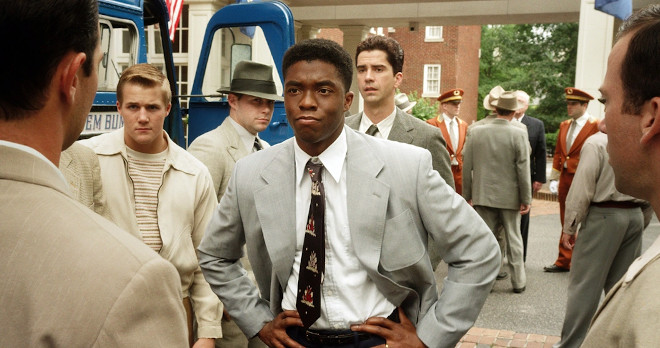 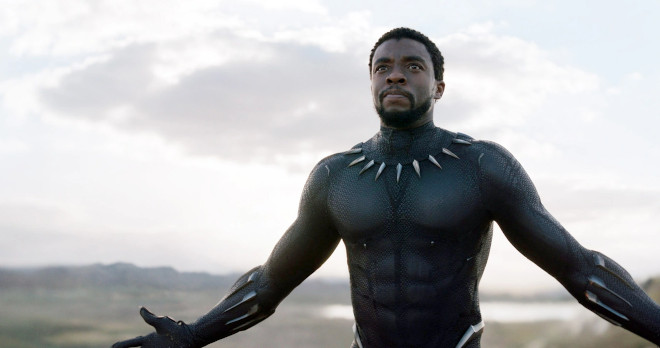 If it’s hard to fathom his unexpected passing at 43, it’s equally unexpected given his stature today, that Boseman didn’t land a significant movie role until he was in his mid-30s. An undiscovered prodigy, the graduate of Howard University and the British American Drama Academy, and a former beneficiary of Denzel Washington himself (the veteran actor paid for young Boseman’s school fees), Boseman appeared in bits parts on television until he was cast as African-American baseball legend Jackie Robinson.

“You hear people say this all the time … but he was the only choice,” – Marvel producer Kevin Feige on the casting of Boseman as the lead in Black Panther

Boseman’s gravitas and range playing Robinson would lead him to more roles playing other prominent African Americans like James Brown in 2014’s Get On Up and Thurgood Marshall in 2017’s Marshall but of course, it was his turn as King T’challa in Black Panther that would bring him international acclaim. Marvel producer Kevin Feige said of Boseman’s casting, “You hear people say this all the time … but he was the only choice.” Indeed, having played one of the 20th century’s most famous negro athletes and one of its greatest singers in the span of less than 5 years, Boseman was bound to be a shoo-in for playing the milestone first African superhero in American comics. “Boseman didn’t have to do anything to get the role. No auditions, no nothing. He just had to be himself,” added Feige. 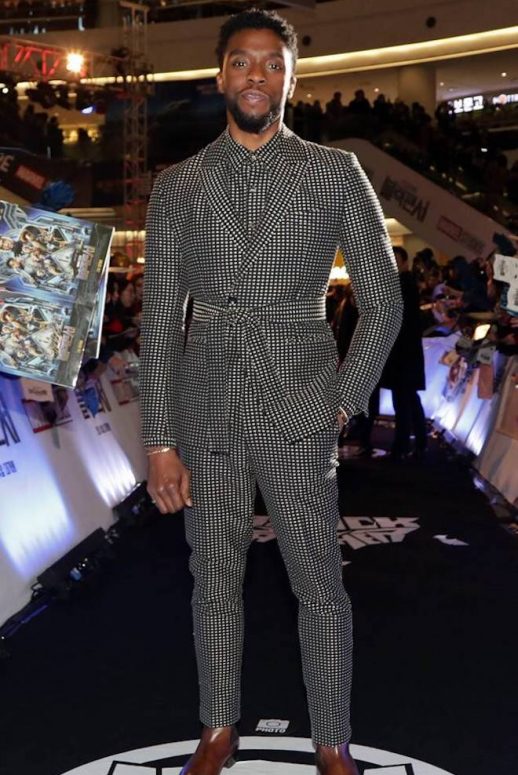 There’s no question of Chadwick Boseman’s legacy and while he leaves a body of extra-ordinary work in a career of stellar performances less than a decade long, his most important gift is the lesson he leaves behind in super-hero work ethics: It doesn’t matter the hands you are dealt, it only matters how you play the hand.