Princess Diana’s family has sold an important Old Master painting by Peter Paul Rubens for nine million pounds at auction. “A Commander Being Armed For Battle”, which is thought to depict the 16th-century Holy Roman Emperor, Charles V, was sold to an anonymous bidder at Christie’s auction house in London on Tuesday. The painting, completed […] 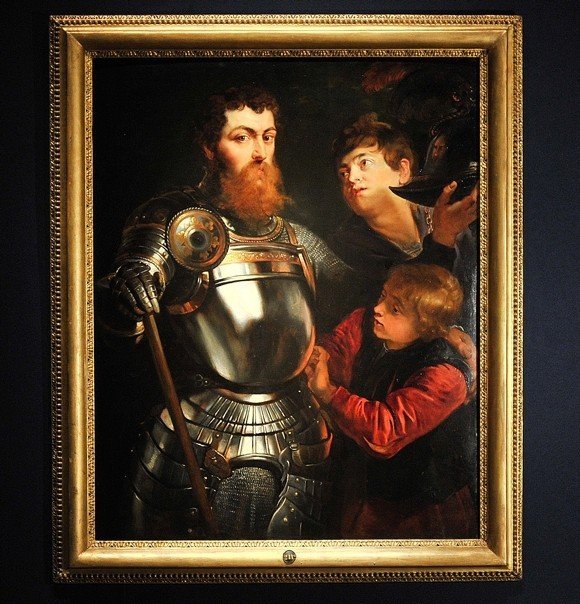 “A Commander Being Armed For Battle”, which is thought to depict the 16th-century Holy Roman Emperor, Charles V, was sold to an anonymous bidder at Christie’s auction house in London on Tuesday.

The painting, completed between 1612-1614, used to hang in Althorp which is the ancestral seat of Diana’s family and the late princess’s childhood home.

It was one of the first items to be bought as the family sells off an array of items including furniture and horse-drawn carriages.

Diana, who died in a Paris car crash in 1997, is buried in the grounds of Althorp. There is also an exhibition about her life at the house.

“King David”, completed in 1651, depicts the Old Testament Hebrew monarch, and was acquired by the family in the 18th century for Spencer House, their historic London residence.

The trustees of the estate are hoping to raise 20 million pounds from the sales to help with work on Althorp. Part of a 14,000-acre country estate, the stately home is undergoing a 10-million-pound re-roofing and restoration project.

The trustees say the sales will help the estate “thrive for generations to come.”

A treasure trove of items from Althorp will go under the hammer at Christie’s in the coming days, including butlers’ trays, riding whips and saddles.

The family’s collection of 19th century carriages, which includes one used at the coronation of king Edward VII in 1902, will also be offered at the auction house.

On Thursday, furniture, art and porcelain from Spencer House will be offered for sale. The building is still owned by the family but leased to tenants.