Bonhams to Auction Private Collection of 25 Supercars in Geneva

Representing an international list of prestige and performance marques, the Bonhams auction in Geneva offers everything from supercars to luxury limousines International auction house Bonhams will be returning to Geneva on Sunday 29 September, for a very special auction. Taking place in a a 12th century abbey, which is next to the Clubhouse, a former chateau overlooking Lake Geneva, a private collection of 25 supercars, hypercars and luxury motor cars – all to be offered without reserve – to be presented at the prestigious Bonmont Golf & Country Club. 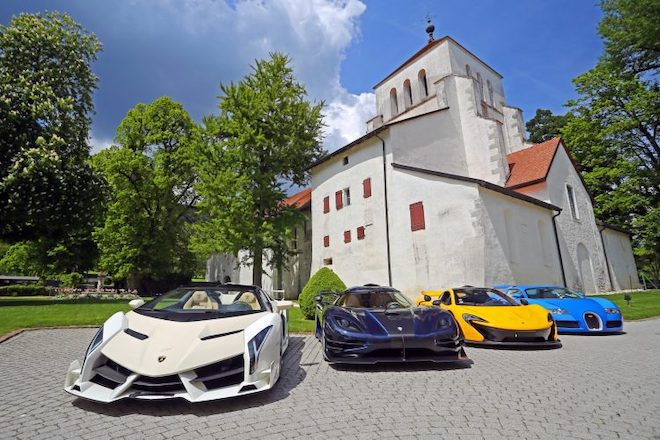 Bonhams to Auction Private Collection of 25 Supercars in Geneva

Representing an international roll-call of prestige and performance marques: Aston Martin, Bentley, Bugatti, Ferrari, Koenigsegg, Lamborghini, Maserati, Mercedes-Maybach and Porsche, with models ranging from hyper cars to luxury convertibles and limousines, some of the highly anticipated supercar models include: 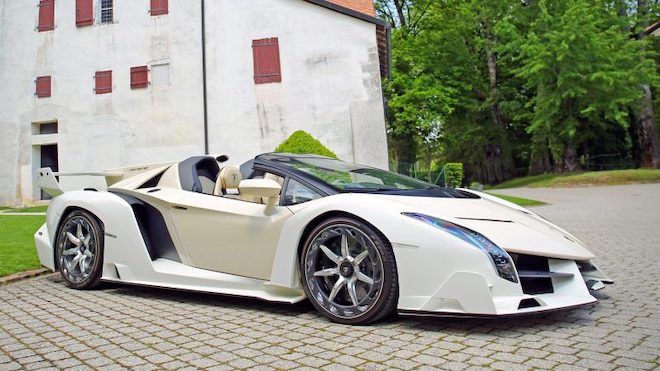 Only one of nine produced in the world, this Lamborghini is highly sought after

One of nine roadster versions of the ultimate Lamborghini, which were produced in the colours of the Italian flag to celebrate the company’s 50th anniversary: red, white and green. This two-tone white and cream example has driven a mere 325km Estimate €4,500,000 – 5,000,000.

The Formula 1 and GT-inspired model is described by the Modena manufacturer as the ‘most ambitious’ Ferrari and the first production car to be equipped with F1-derived hybrid technology. This particular car has covered 1,000km. Estimate €2,300,000 – 2,500,000. Arguably the rarest car in the collection, only six were produced by the Swedish manufacturer who described it as the world’s first mega car, producing more than one megawatt of power, at its Geneva motor show launch in 2014, This example has driven only 597km. Estimate €1,600,000 – 2,000,000. 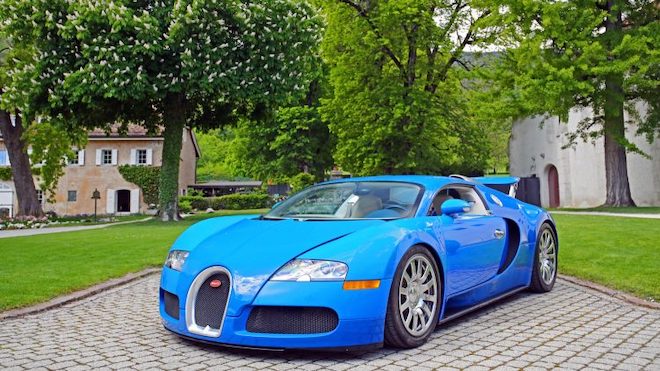 The French produced Veyron, named after racing driver Pierre, set the benchmark for supercars when launched in 2005, combining racing car performance (1000hp, maximum speed of more than 250mph and acceleration from 0-62mph in 2.5 seconds) with a luxury package. This Atlantic Blue example is offered in very good condition, having driven just over 3000 miles. Estimate €600,000 – 800,000.

The collection is being offered for sale by the State of Geneva, to be sold without reserve, and the sale will be conducted by Mr.Mauro Contessotto, State Auctioneer for the Geneva State.

The Bonhams sale will be preceded by two viewing days (Friday 27 – Saturday 28 September), when the collection will be presented at the Bonmont Golf & Country Club, along with a display highlights from the auction house’s other international sales of jewellery, watches and Chinese art as well as modern and contemporary art.