tout doit disparaître! /everything must go! 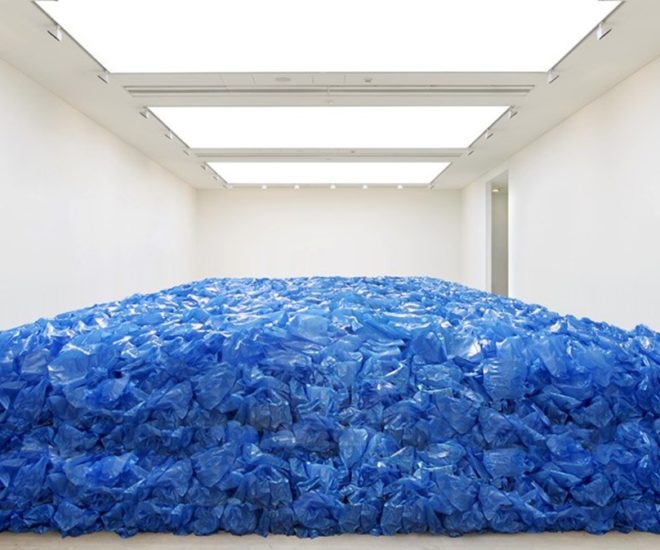 Artist Jean-françois Boclé floods the prestigious saatchi gallery with a sea of blue plastic bags. His installation, titled  ‘tout doit disparaître! /everything must go!’ is his tribute to the lives which were lost at sea during the transatlantic slave trade. Each blue bag is inflated to create one large mass of blue plastic, meant to symbolize the priceless commodity that is life. This project resonates with his experience growing up in France- particularly the cross-cultural implications of creolization which he encountered. Originally from Martinique, the artist fled at a teenager to find his new home in France. Much of his work is influenced by his own exploration regarding the history of his homeland, and the notion of creolization that has come to define the geographical and intellectual character of the Antilles, in the Caribbean.

His installation is part of an ongoing exhibition that will run at the saatchi gallery in London until 6th September titled ‘pangaea II: new art from africa and latin america’. The exhibition brings forth 18 emerging artists whose creative practices is overcast by the complexities found in their respective homelands. Works on display projecting a range of themes that reflecting on social and political issues faced during our contemporary times of rapid urban and economic expansion.