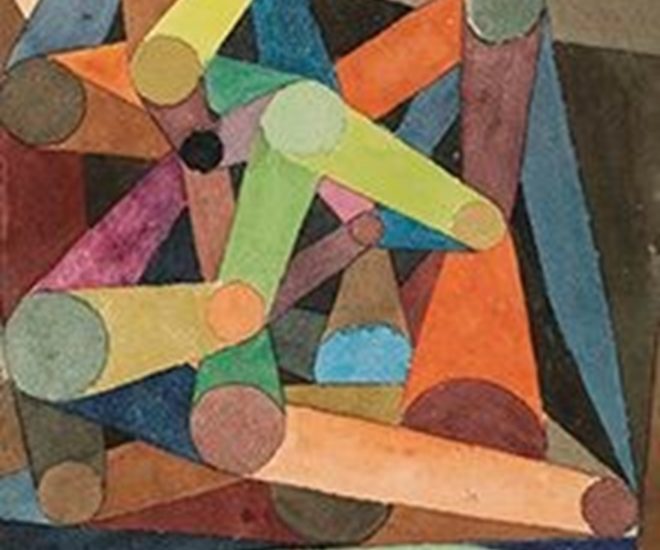 The EY Exhibition: Paul Klee – Making Visible spans over three decades of the career of one of the great innovators of all time, Paul Klee. Audiences will get to explore his innovations and ideas from his emergence in Munich in the 1910s, through his years of teaching in Bauhaus in the 1920s to his final paintings after WWII. The exhibition brings together over 130 colourful drawings and paintings from collections around the world which the artist created, catalogued or exhibited together at key moments in Klee’s life.

Born in Switzerland in 1879, Paul Klee was one of the most renowned artists to work at the Bauhaus and is considered to be a radical and influential figure in European modernism. After his death in 1940, Klee left more than 10,000 works of diverse art. Klee is well-known for his abstract patchworks of colours and unique ‘oil transfer’ paintings, which can be seen in some of his works such as They’re Biting 1920 and Suspended Fruit 1921.

The exhibition will be held at the Tate Modern, from 19 October 2013 – 9 March 2014. It goes on for 17 rooms and takes the audience on a journey from when he first encountered cubism in 1912, to when he died in 1940, mainly focusing on the decade Klee spent teaching and working at Bauhaus in the 1920s. The exhibition follows the notebooks that Klee himself kept about how he wanted the rooms to be arranged in what sequences and runs of work from different periods. Through this method, the exhibition allows the audiences to enter Klee’s thought process in each painting and idea showcased. Most of Klee’s working method in any painting or drawing was generally the same. It starts with an abstract mark – a square, triangle, circle, line or a dot and then will evolve into something bigger. For example, a dot can turn into a line which then becomes a tightrope. Twenty lines later, streaming in parallel across a page, and you find a ploughed field or a river. A triangle arrives, and the scene now is a pyramid, a temple of a passing yacht. Most people have said that to study Klee’s art, you need a lot of time and attentiveness as there is always so much to read from his paintings, from the coded symbols to the underlying grammar. They’re Biting, 1920: ‘a fishing trip that hinges on a single imbalance’. Photograph: Tate