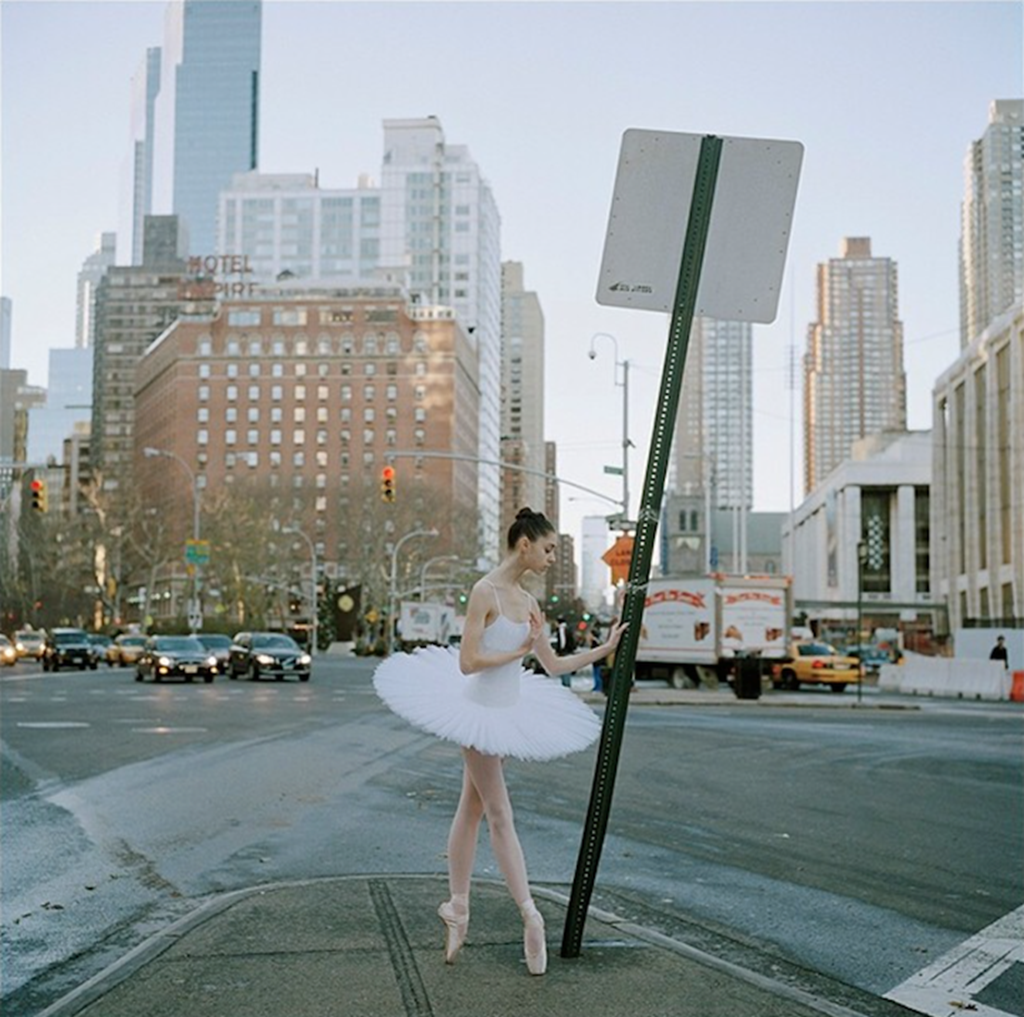 Photographer Dane Shitangi has captured a series of photographs featuring a ballerina dancing on city streets. Instead of being confined to a studio, Shitangi provides a new perspective of the elegant art form by photographing the dancers in a raw and urban landscape. The beauty and grace of these dancers stand in stark constrast to the hard-edged shapes of the metropolitan cityscape. His subjects appear displaced in her environment, but disciplined and poise dancing as she would it in a studio space. By taking the dancers out of their typical space, Shitagi manages to capture not only the ballerina’s skills and dance moves but to focus more on her emotions and passion for the art of ballet. The Ballerina Project is an ongoing series that started 14 years ago in Honolulu and has grown tremendously since. Despite its age, Shitangi still incorporates digital photography in order to keep its old, traditional film aesthetic. via this isn’t happiness