SILENT AUCTION: Painting For A Good Cause

Art Republik’s one-year anniversary silent auction which its proceeds will benefit the Children of Cambodia. 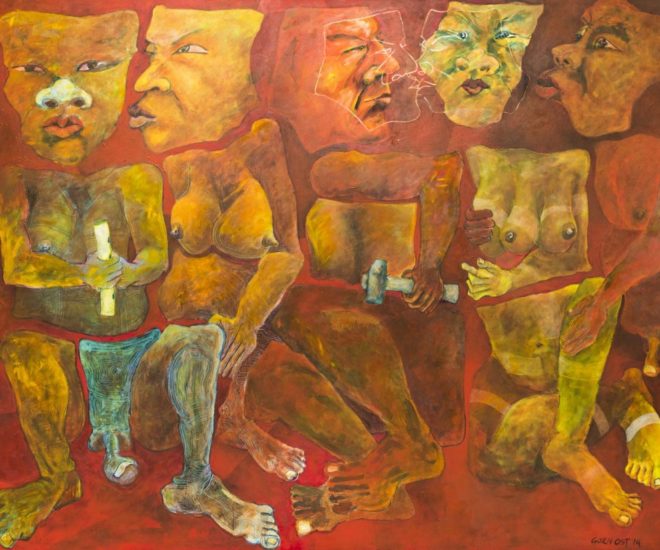 Painting For A Good Cause

Ada kehangatan dalam impianmu (There is intimacy in your imagination)

Proceeds of the silent auction will benefit the non-profit organisation, Children of Cambodia.

Teguh Ostenrik is an Indonesian painter and sculptor. He holds a Master Degree in Fine Arts from Hochschule der Kuenste, West Berlin, Germany. To date, he has had more than one hundred solo and group exhibitions in the US, Europe, Australia and throughout Asia. His art works and commissioned projects are collected by many private collectors, museums, international institutions and major corporations including St. Mary of the Angels Church, Singapore, and Fukuoka Art Museum, Japan. Among many noteworthy recognitions, Ostenrik was awarded The Best Artist 2009 in Visual Arts Category by Tempo Magazine and the Top Ten Philip Morris Art Award in 1997. Most of Ostenrik’s works were created based on his respect to environment.

For our one-year anniversary, Art Republik approached Ostenrik and together, collaborated on an arts project for a good cause – a gift to charity. As pictured on this page, Ostenrik has already painted and completed a 240x298cm mixed media on canvas painting titled, ‘Ada kehangatan dalam impianmu’, which translates to ‘There is intimacy in your imagination’. The painting is currently on display at The Mill (5 Jalan Kilang Singapore 159405) for two weeks in partnership with their event: The Mill x WeJungle: DESTRUCTION & REBIRTH (read more about the event here: www.artrepublik.com/2015/01/200194/destruction-x-rebirth). The painting is up for silent auction via [email protected], and its proceeds will benefit the non-profit organisation, Children of Cambodia (find out more about them here: www.thechildrenofcambodia.com).