Rembrandt Sells to France and Netherlands for $175m

The Louvre and the Rijksmuseum have come together to buy two large Rembrandt portraits for 160 million euros ($175 million) from the Rothschild family. 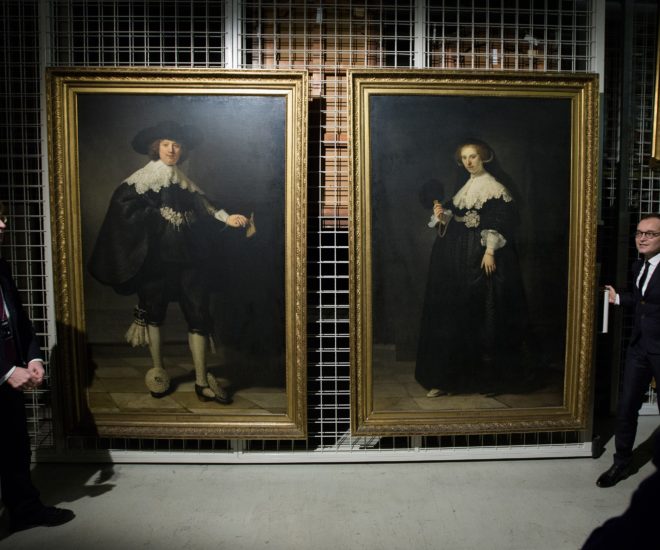 The Louvre and the Rijksmuseum have come together to buy two large Rembrandt portraits for 160 million euros ($175 million) from the Rothschild family, the French culture ministry announced. The agreement, signed by French culture minister Fleur Pellerin and her Dutch counterpart Jet Bussemaker seals the multi-million dollar deal agreed upon in September for two of the Dutch master’s works.

The acquisition – costing the Louvre 80 million euros – is the largest ever made by a French museum and marks the first time two countries have acquired painting jointly from a private collector.

The portraits, dating from 1634, are of prominent Dutchman Marten Soolmans and his future wife Oopjen Coppit, both wearing black with white lace on the eve of their marriage.

The ministry said in a statement that the two works will be unveiled at the Louvre “in the coming weeks” before being shipped off to the Netherlands for restoration.

The works will then be shared between the Paris museum and the Rijksmuseum in Amsterdam which both house some of the largest public art collections in the world.

France and the Netherlands acquired the paintings from the French branch of the Rothschild family, one of the wealthiest and most influential families in the world. Over the past 150 years the public was only able to catch a glimpse of the valuable portraits during an exhibition organised in 1956.

The deal was reached after a series of twists and turns after the Louvre turned down the Rothschild’s initial price in 2013.