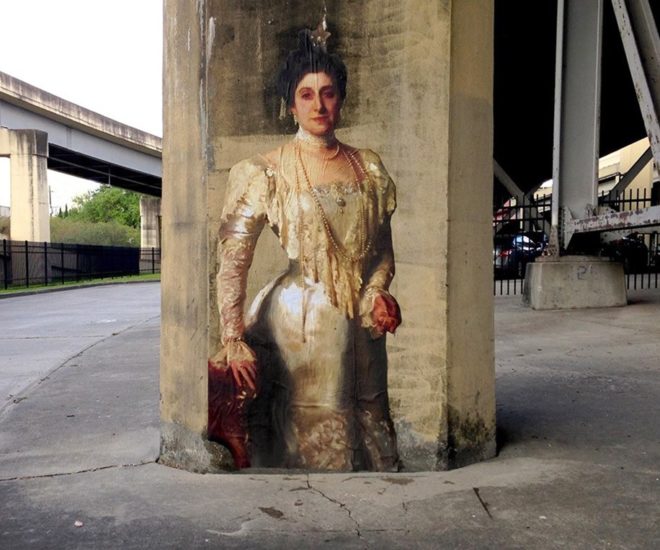 The idea was conceived when the artist was struck by an Ingres painting of a female prisoner tucked unceremoniously into a corner of the museum. Inspired by the portrait, he had the idea to reproduce her figure on a public street. Despite an average passer by not being able to identify the artist, they were given the access to the artwork. After sharing images of his work online, people in different cities began pasting up characters from master paintings in corners around their own cities- and the Outings Project was born! Casablanca’s single act sparked a global art project where participation was completely unplanned.

“We don’t want to tell you something that you don’t know, and we don’t want people to feel ignorant,” says Casablanca, “You have just to feel that [the artwork] is ancient and shifted, you have just to be touched by the emotion, by the esthetic, by the art.” Art enthusiasts aren’t the only ones paying attention to the Outings Project. Two museums in Madrid and Poland have also engaged the artist for a potential collaboration. An everyday passerby may not know the painting, but Casablanca’s project ensures that they at least have access to these beautiful, and potentially inspiring, images. Learn more about the artist and the Outings Project here .