To celebrate Beijing Design Week, The Opposite House collaborates with Australian artist Lisa Roet to install a giant inflatable sculpture of a golden monkey. 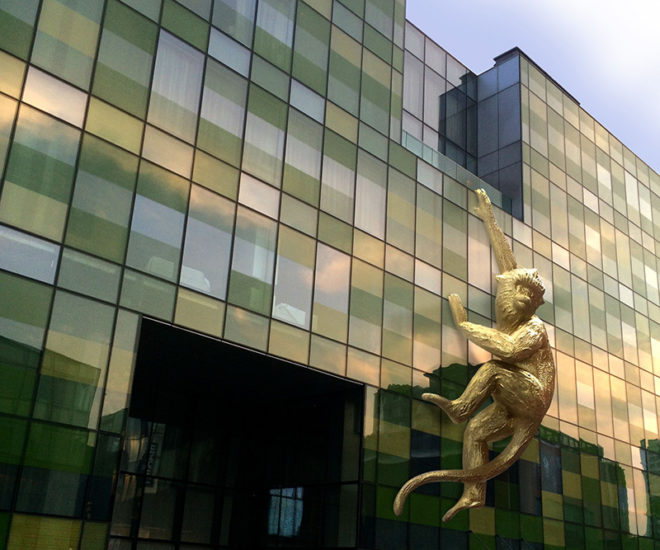 To celebrate Beijing Design Week and Golden Week with a creative flair, The Opposite House collaborates with Australian artist Lisa Roet to install a giant inflatable sculpture of a golden snub-nosed monkey, titled ‘Golden Monkey’, on its iconic façade in the vibrant Sanlitun art and commercial district, and is currently on display till 30 October.

The 14-meter sculpture is styled after the famous mythological Monkey King ‘Sun Wukong’ from the Chinese epic ‘Journey to the West’ and carries a global message on conservation – the snub-nosed monkey, a rare species native to the forest region along the China-Myanmar border, is now left with only a population of about 400 as a result of aggressive hunting and habitat destruction. The fragility of the inflatable sculpture represents the vulnerability of this treasured mascot, while the urban surroundings of Sanlitun draw a strong contrast to its woodland habitat in Yunnan, expressing its displacement from its natural home.