Flicker and Forms: Recent Adventures in the Archaeological Imaginary

The idea that the past is a buried object awaiting excavation subscribes to a model of history that few, if not any, scholars would accept today. 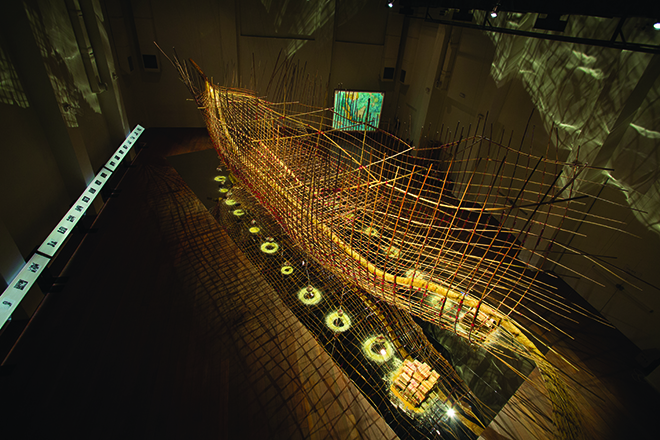 The idea that the past is a buried object awaiting excavation subscribes to a model of history that few, if not any, scholars would accept today. That Rankean ideal of an “objective” account of history — the recovery of a past “as it actually happened” through the patient elucidation of empirical sources — belies the undercurrents of power, social conditioning and ideological presuppositions that shape and determine the practices of memorialisation and historiography in the present.

Flicker and Forms: Recent Adventures in the Archaeological Imaginary 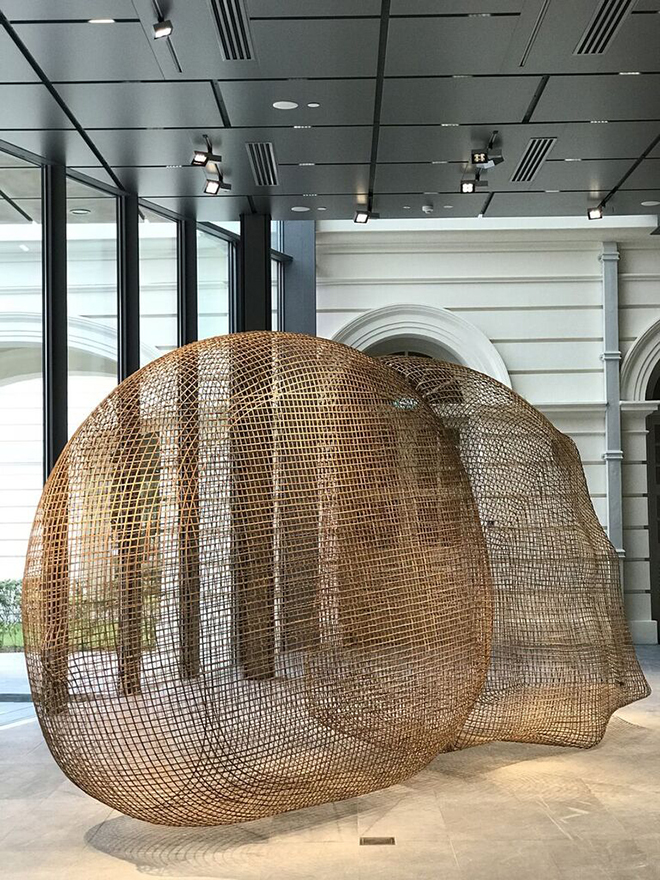 It is against the backdrop of these suspicions that recent projects, which seem careful to highlight the multiplicity of Singaporean and Southeast Asian “pasts”, return not to the facticity of history, but to the inherently speculative programme of what has been called the archaeological imaginary. As its main exponent Dieter Roelstraete explains, it signals a historiographic “turn” in contemporary practices: artist-researchers are now more inclined than ever to dig through archives, historical documents, memorials, commemorative rituals and oral witnessing.

Exceeding the circumscribed boundaries of academic archaeology — a disciplinary practice constituting a field of knowledge as well as a specific set of methodologies — the archaeological imaginary excavates and assembles fragments of evidence to build a unified horizon of presences and absences. It yokes together the self-evident and the conjectural, the known and the unknown, to make claims about remembrance and forgetting in a predefined contemporary situation. Its openness to speculation, moreover, makes it an ideal modality for artists who intend to critique the hegemonic grip of positivist epistemology over all spheres of life.

One might start with the Singapore Art Museum (SAM), where a slate of archaeology-related activities held in conjunction with the Singapore Heritage Festival thematised the history of its Bras Basah campus through the trope of excavation. Scheduled to shut its doors to the public from 2018 through 2022 for major renovations, SAM’s gazetted home (the former St. Joseph’s Institution) was transformed into a compact centre for an education in local archaeology, amidst obvious signs of its preparations for long-term closure. 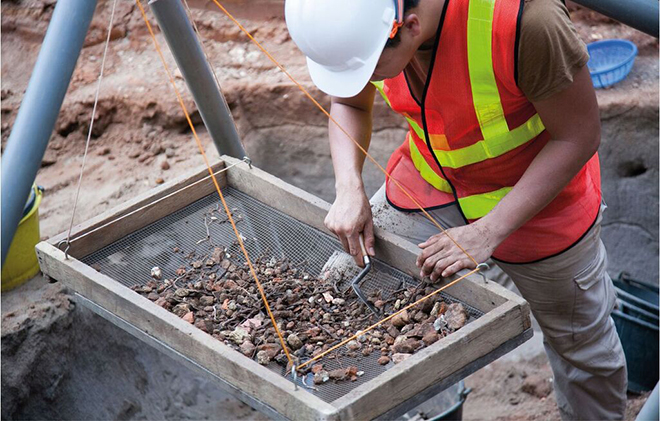 The Front Lawn — a space for the public display of art — became the venue for an archaeological spectacle, with neat rectangles incised into the grass, fast-growing heaps of dug-up earth, and members of the Nalanda-Sriwijaya Centre (NSC) Archaeology Unit working beneath makeshift tarpaulin shelters. It was clear that this was not an actual excavation site, but an oversized bale of artificial turf, rolled up neatly as if a lawn ornament or stage prop, reinstating the performative quality of the excavations. (The archaeologist on duty reassured us that he wasn’t in Indiana Jones cosplay — their khaki hats and billowy scarves were in fact sensible articles of clothing that offer crucial protection from dusty conditions and the sun.)

The staging of ‘Excavations’, conceived as an after-dark “theatrical tour” around the SAM, reinforces the sense of performance initiated by contemporary art’s engagements with archaeology. The narrative strategy of presenting discrete stories in non-linear time and space prompts the audience to think less dichotomously about the past and present by layering multiple pasts upon the present. What resulted in that particular production was the convergence of split temporalities in one physical space, strewn about with narratives spanning more than a century, then woven back into a cohesive dramaturgical composition. Created by Drama Box’s Koh Hui Ling and The Finger Players’ Chong Tze Chien, and produced by show design company Ctrl [email protected], ‘Excavations’ had groups of audience members ushered down dimly lit corridors through the blare of air raid sirens and school bells to witness, among other scenes, the moral agony of a Japanese wartime clerk (Tan Shou Chen) in the SAM basement, the confusion of a schoolboy from the nineteenth century (Jaisilan Sathiasilan) encountering the present-day layout of what used to be the brothers’ quarters, and a dramatic monologue on public art in Singapore by Dawn Ng’s ‘Walter the Rabbit’ (Julius Foo). 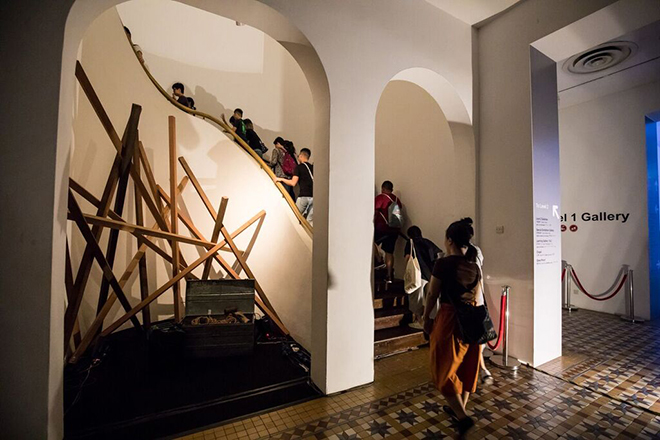 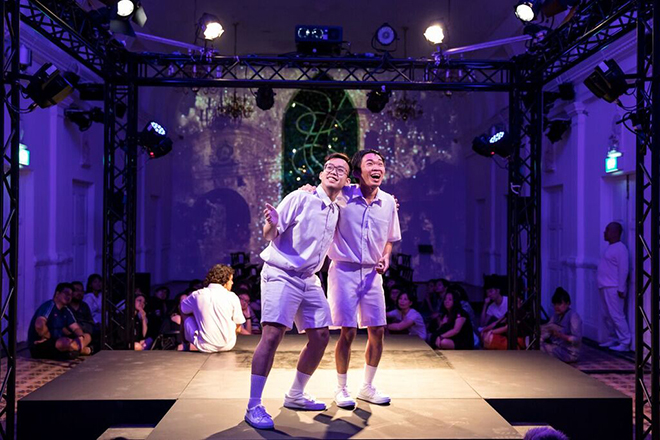 While it has been argued that museums are themselves heterotopias of time — Michel Foucault’s term for enclosed spaces of multiple temporalities existing “in” time and “outside of” time — ‘Excavations’ exaggerated this theme by foregrounding the future of the museum building at the end of the tour, and asking audience members to bid farewell the familiar sights (the open-air courtyards and the iconic main staircase, for example) as they exited the building. The feeling one gets is a kind of perverse nostalgia that anticipates and imagines loss at every moment of the lived present, but the project’s honesty about the modern anxiety of collective amnesia adds important details to ongoing dialogues about heritage and the state of the nation- building narrative at this juncture between two commemorations: the jubilee and the bicentennial.

A second instance of the archaeological imaginary might be found in Zai Kuning’s ‘Dapunta Hyang: Transmission of Knowledge’, which enjoyed a second run at TheatreWorks’s 72-13 venue after its Venice Biennale presentation in 2017. Encompassing installation, sculpture, photography, audio- visual documentation and even cartography, the National Arts Council-commissioned project attempts to intervene into the usual narratives of Singapore’s history. It does so by recuperating an ancient past — one that has suffered erroneous abbreviations and truncations as a direct result of colonial historiography. ‘Dapunta Hyang’ pivots on the idea that an expanded sense of the past (differentiated from the authoritative form of History) might be recovered through a practice that draws from archaeological research and visual art. Named after Dapunta Hyang Sri Jayanasa, the seventh- century Malay king of the Srivijayan Empire, the exhibition wagers that the absence of material evidence predating the 14th century compels a trust in other historical traces. 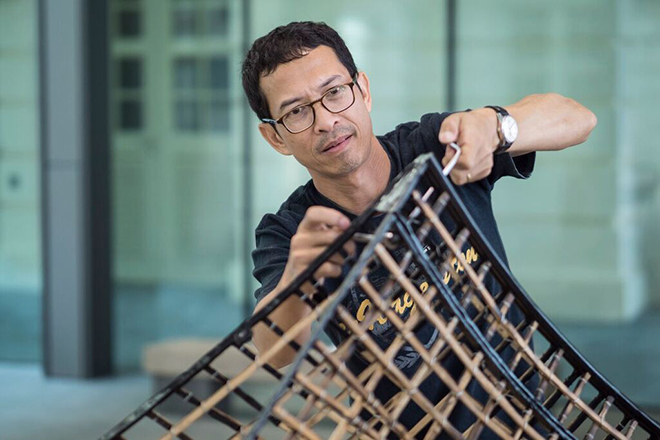 These include observations of ecological and hydrological systems, the embodiment of vernacular knowledge by the nomadic orang laut, and the oral tradition of Mak Yong performance.

The immense skeleton of a mythical seafaring vessel floats like a spectral body in the middle of the hall at 72-13. It is weighted by stones fastened to its spine, and flanked by piles of books enrobed in beeswax. In an ambitious presentation like ‘Dapunta Hyang’, the ship certainly anchors the exhibition’s expansive visual and conceptual economies with the force of its presence. But it also invites the irrational to seep into its rational, historiographic objectives: at a lecture by T. K. Sabapathy held on the occasion of the exhibition, a visitor reported feeling a heightened sense of dread provoked by the scale of the installation and its sheer inscrutability. Like the uniformed spectres who roam the museum in ‘Excavations’, the “ship” relies on eliciting a sense of the uncanny to articulate an account of the past. Even Zai’s self-imposed restriction on the use of modern research technologies could be said to heighten the receptivity of other sensory and perceptive capacities, to the extent that his terrifying dreams of Dapunta Hyung, the erstwhile figure of myth, became source texts for the artistic project.

In an exchange that took place during a public lecture at TheatreWorks by the renowned archaeologist John Miksic, who also contributed to the ‘Dapunta Hyang’ catalogue produced for the Venice Biennale, Zai contended that the archaeological profession thus far has failed to account for intangible practices and beliefs that do not leave lasting physical traces privileged by archaeologists. According to the artist, current archaeological projects in Singapore have only found evidence dating back to the 12th and 13th centuries; his artistic practice, however, makes discoveries about intangible 6th-century narratives that once traversed archipelagic Southeast Asia. 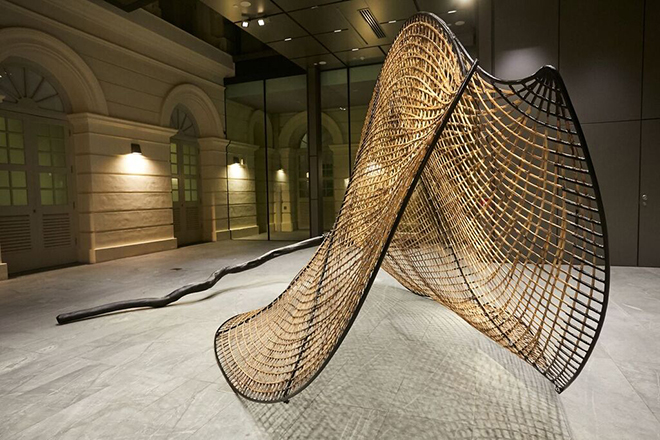 I find this critique of “standard- issue” archaeology, volleyed from the field of contemporary art, resonant in the context of the Asian Civilisation Museum’s recent blockbuster exhibition. Titled ‘Angkor: Exploring Cambodia’s Sacred City’, it showcases “masterpieces” of classical Cambodian art from the Guimet Museum in Paris, on show until 22 July. Rather than present the world of the Angkor civilisation at face value, ‘Angkor’ assembles plaster bas-reliefs, paintings and sketches by 19th-century French archaeologists at the start of the exhibition, and frames the ensuing museological spectacle of Southeast Asian antiquity with keen attention to the colonial origins of archaeological activity in the region. It directs attention to a historical context that tells the story of how artefacts from various parts of the colonised world — from Angkorian statuary to the Parthenon Marbles — ended up in museum collections elsewhere, in the metropolitan spaces of empires.

Like Dapunta Hyang’s colossal vessel, the bamboo-and-metal structures ‘Big Beng’ (2017) and ‘Ordeal’ (2018) by Cambodian artist Sopheap Pich, installed as the contemporary art project accompanying the ‘Angkor’ exhibition, points us to obscured pasts mired in layers of symbolic, political and corporeal violence. They foreground the place of traditional crafts in confronting the traumas inflicted by events of the 20th-century in present- day Cambodia. These mesh-like botanical forms, which seem almost vaporous in their manipulation of space and volume, shimmer in and stain the visual field. In their interplay of solidity and transparency, they appear as stubborn afterimages of the past. Porous and ungraspable, they appeal to the senses as the antithesis of an archaeological artefact — a kind of rebuttal to the exhibition above it. It seems then that the archaeological imaginary, in launching several lines of critique against monolithic constructions of history and culture, is particularly well mobilised for these new horizons in contemporary Southeast Asian art.