Chaplin Museum to Open in April

After a prolonged delay, the museum is set to be ready for visitors later this year, in Switzerland. 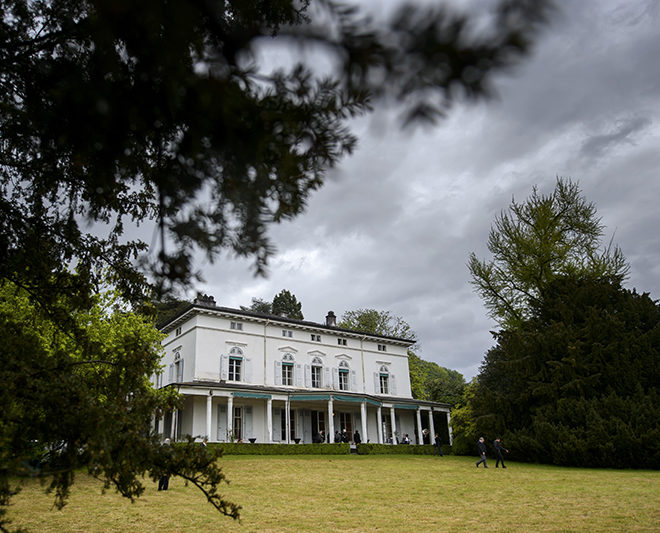 Charlie Chaplin’s manor in the Swiss Village of Corsier-Sur-Vevey, overlooking Lake Geneva, will be open to the public in April. Refurbished as a museum by its French operator- Grevin – the project to open ‘Chaplin’s World’ went through 15 years of difficulties before bearing proper fruit. Yet, finally, an announcement was made Monday by its organizers. Fans of the famous Hollywood comedian can expect to get an inside-out look of Chaplin’s life and his whole career when the exhibition opens – just a day after the star’s 127th Birthday.

The manor, where Chaplin lived for the last 25 years of his life with his wife Oona and their eight children, will form half of the museum. Chaplin fled from the USA, and Hollywood, after being accused of being a communist with the advent of Cold-War Paranoia. Highly ironic given that one of his most famous roles was in The Great Dictator, where he parodied Hitler and carried out a strong satirical attack on authoritarian governments as a whole.

The other half of the museum consists of a mocked-up Hollywood studio, focusing more on the comedian’s countless on-screen roles. Visitors can discover how, from humble beginnings in London, Chaplin rose spectacularly to dazzle the world with his multiple characters and personas, the most iconic being the cane-wielding bowler hat-wearing Tramp.

Coming back to that 15-year struggle, the project went through several stumbling blocks. These included seven years to get a building permit, and five years to settle a lawsuit involving a worried neighbor (no doubt worried about the impact of large numbers of visitors on the general surroundings). Furthermore, the manor, empty since 2008, required major renovation work before being in any condition to be open to the general public.

Chaplin, who died in 1977, is buried in the nearby Corsier-Sur-Vevey cemetery alongside his wife. Of course Chaplin’s work endures till today, even in the current age of 3D movies and CGI. The opening of the museum only serves as a sign of the interest and mystique that the legendary filmmaker has somehow retained.