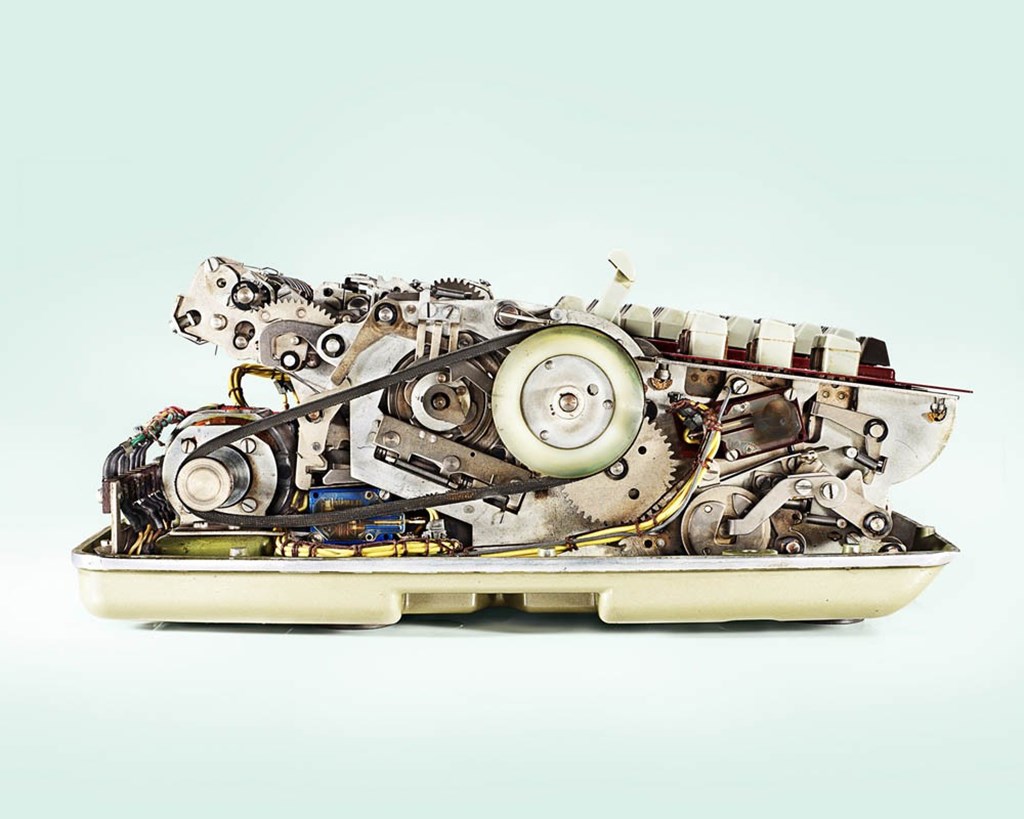 Our standard scientific calculators are nowhere as interesting as the large older calculators that our parents and grandparents used. While our calculators work on small microchips, the older calculators require many intricate parts that work together in complex systems. In his insightful photography series Calculators, photographer Kewin Twomey documents the inner workings of a 60-year old calculator. His series sheds light on the gears, axels, rods and lever interacting with each other within a seemingly simple looking machine. Twomey, who “delights in raising the most mundane of objects to an iconic level”, depicts this old gadget dramatically- as if it has a character of its own. The project originally came about when Mark Glusker, a mechanical engineer and collector of old calculators, asked Twomey to photograph his collection.

“The stripping of the external shell of the calculators was not the original concept for shooting these machines,” Twomey explains, “but when Mark removed the covers to show the complex internal working of the calculators, I immediately knew that this was the heart of the project.” View more of Twomey’s photography series here.