Phuket Rendezvous is pleased to bring the world-famous Elephant Parade to raise awareness for the need of elephant conservation. Read on to find out more… We’re just about a week away from the inaugural Thailand’s Phuket Rendezvous, running from Jan 4-7, 2018. One of the important highlights include the world-famous Elephant Parade taking place at Phuket Rendezvous, which is the show’s first.

Activities: Be a part of the Elephant Parade at Phuket Rendezvous 2018

The Elephant Parade will be showcasing 20 life-size and baby elephant models in the exhibition hall. Look out for a host of attractive merchandise and smaller replica models to purchase.

Also, visitors will be able to sign up for a workshop and put their  creativity to the test – paint a small replica elephant with help from the professional artists, plus there will also be painting competition on a model elephant for kids.

View from 20 life-size to baby elephant models, the statues are all exhibited throughout the international cities to create awareness to bring back the endangered species from the brink of extinction. 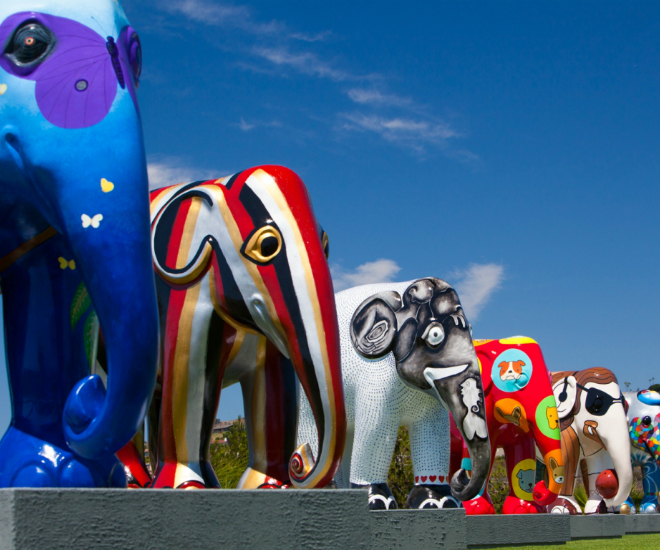 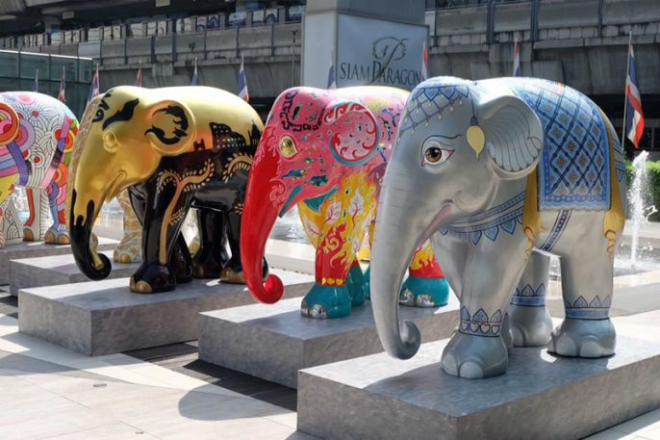 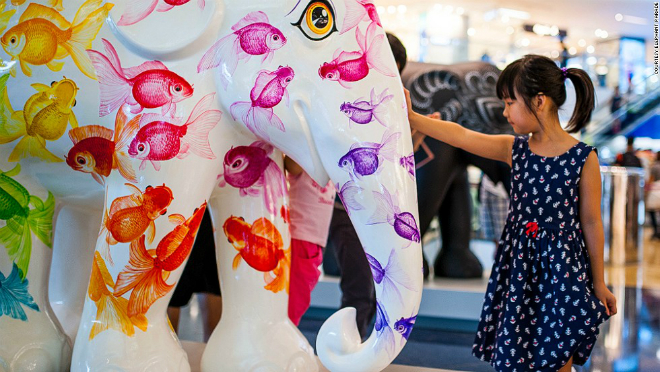 Established by a social enterprise that runs the world’s largest art exhibition of decorated elephant statues, each statue is an artistic creation by artists and celebrities. “More than 1,350 artists have participated and over 1,480 elephants have been created; each an original piece of art,” according to Elephant Parade. Since the first exhibition was held in Rotterdam, The Netherlands in 2007, more than 3,000 people have attended Elephant Parade auction events.

Next year, auction of the statues will take place towards the end of the Phuket Rendezvous, and 30 per cent of the sales revenue will proceed to fund the Elephant welfare and Conservation Projects (view the projects here).

Be a part of it: Let’s save the elephants

Each year, about 33,000 African elephants are killed or at least one elephant every 15 minutes, mainly from ivory poaching and human-elephant conflict, have become the biggest issues threatening elephants.

The Elephant Parade reported that there are “less than 50,000 Asian elephants left. In the last 100 years, their habitat has shrunk by 95 per cent as poaching activities increased and their population has declined by 70 per cent.”

Due to the food-chain in ecology, both plants and animals are dependent on elephants for their own lives. If elephants disappeared, many other species would too.

To save the elephants from becoming extinct in the next 30 years, the Elephant Parade Welfare and Conservation projects, whom the organisation is committed to, will help raise funds. The Elephant Parade currently supports eleven projects in eight elephant range countries such as Cambodia, Laos, India, Malaysia, Myanmar and Thailand, providing financial, material and technical assistance.

Now it is your turn to be part of it at the Phuket Rendezvous. For more information, visit www.elephantparade.com.