Camper & Nicholsons International has announced an exclusive collaboration with Ray White Marine (RWM), a division of Australasian real estate group Ray White. Representing C&N’s first presence in Australasia, the partnership expands the company’s reach in the Asia-Pacific and furthers RWM’s move into the sale and charter of large yachts. 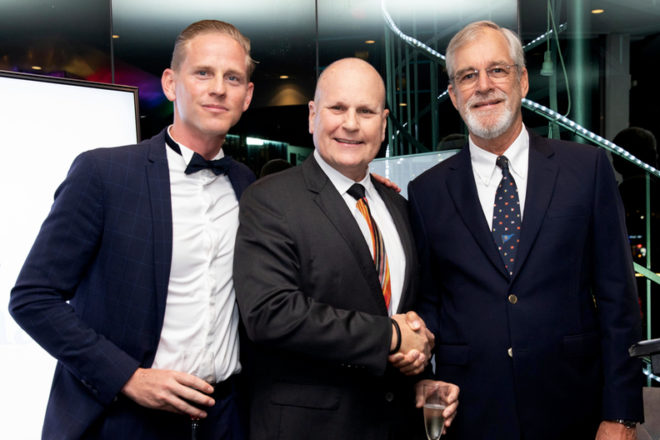 Headed by CEO Rick Rodwell and International Sales Director Brock Rodwell, RWM is the long-standing and exclusive Ferretti Group dealer for Australia and New Zealand. C&N’s partnership with RWM started ahead of the Sydney International Boat Show in August and continued with meetings at the Cannes Yachting Festival and Monaco Yacht Show in September.

Bart Kimman, Commercial Director at Camper & Nicholsons Asia, said: “We are delighted to start working with Rick and Brock Rodwell and to further expand, through them, our presence in the APAC region.

“We strongly believe on-the-ground presence is needed in each market and there are no better people who could help us spread the C&N story, values and unparalleled offering. I am sure we will start seeing some great results soon and couldn’t be more excited to have started working during the Sydney show. We dived right into it.”

“Camper & Nicholsons is not only the oldest but perhaps the most prestigious name in yachting,” Brock Rodwell said. “Having the chance of opening a market like Australia with a partner like this is exactly the type of opportunity that Rick and I, after years in this industry, wish to bring to our clients and partners. We are delighted to enter into this exclusive partnership and can’t wait to see the results this will bring.”